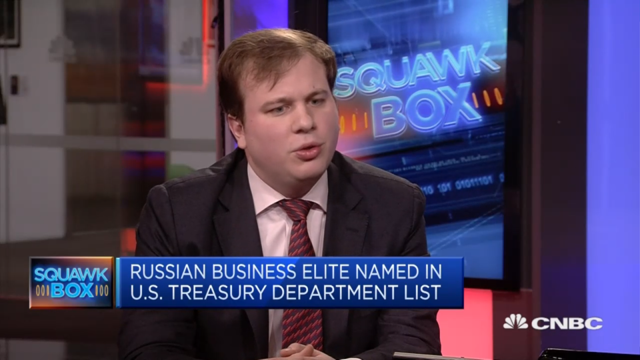 AKE Analyst on CNBC: ‘Oligarch list’ a sigh of relief for many in Russia

“The fact the list of oligarchs released resembles Forbes’ rich list, more than it does a public airing of organized corruption centered on the Kremlin, could mitigate slightly some of the concerns of those named regarding potential fallout,” Max Hess, senior political risk analyst at AKE International, told CNBC Tuesday.

“The oligarchs’ list criteria was merely a $1 billion net worth, apparently as reported in the media.”

Parts of the Treasury report, which was mandated by Congress as part of CAATSA, remain classified and reportedly contain more names of individuals and entities, some of whom have a net worth of lower than $1 billion.

“The possibility remains that classified information submitted to Congress includes a more thorough airing of the oligarchic networks centered on the Kremlin, but a Russian business person’s publicly-acknowledged wealth of course does not directly correlate to their closeness to the Kremlin,” Hess noted.

‘Oligarch list’ a sigh of relief for many in Russia: Analyst

AKE’s intelligence team are specialists in providing economic and political risk consultancy. Our intelligence analysts are building on 20 years experience in understanding political risks faced by our clients in insurance and financial services.

We offer a bespoke consultancy solution that directly answers our clients’ questions by cutting through the white noise of excess information and news updates that too often drown-out insightful analysis.