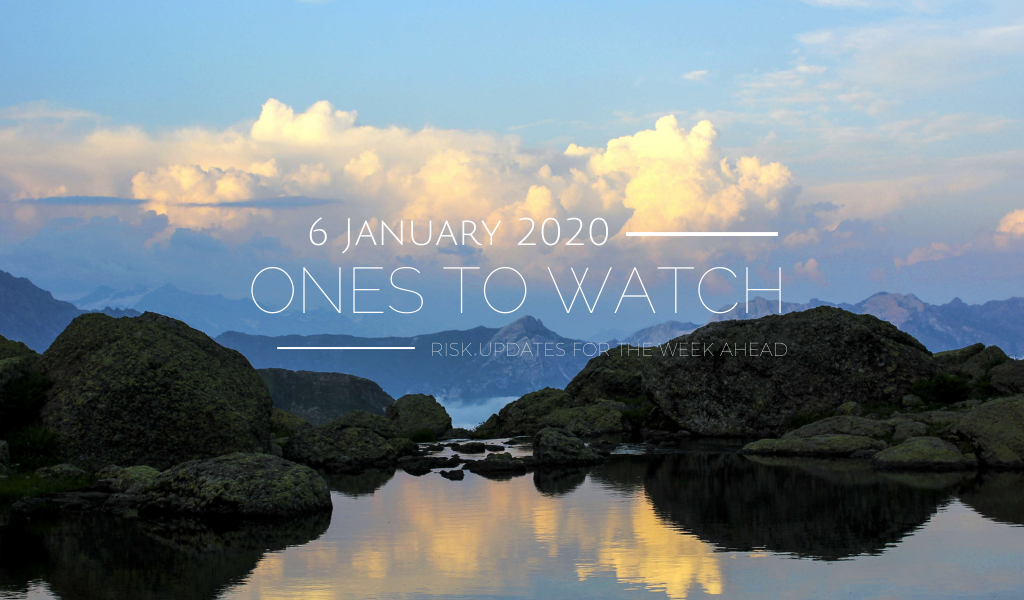 Americas: Bolivia’s general election rerun to be held on 3 May

In Bolivia, the Supreme Electoral Court (TSE) has set 3 May as the date for a presidential and parliamentary election rerun. Former president Evo Morales’s left-wing Movement for Socialism (MAS) party will reportedly announce its presidential candidate on 19 January. Right-wing activist and opposition leader Luis Fernando Camacho announced his candidacy on 30 November 2019. The TSE will publish the full electoral calendar over the coming days. The election rerun is aimed at easing political instability and uncertainty risks, which escalated following the highly controversial 20 October 2019 vote which triggered weeks of deadly unrest, prompting Morales’ resignation and exile. The government of right-wing interim President Jeanine Anez has issued an arrest warrant for Morales, who is expected to continue to fuel tensions throughout the electoral process. The risk of renewed unrest cannot be ruled out.

On 4 January China’s central government appointed former Shanxi province party leader Luo Huining as the new head of the Hong Kong Liaison Office, replacing Wang Zhimin in the first major leadership reshuffle since protests erupted. The removal of Wang does not come as a surprise but Luo is an intriguing choice for his replacement, with no experience of managing the SAR and no priors (or possibly unworthy priors) that would have made him eligible for the post. If not an ill-advised decision (every move in dealing with Hong Kong is carefully thought out), Luo’s appointment may be the result of negotiations at the top that have not tilted in Xi’s favour, reflecting rumours of factionalism against Xi in the party. In the meantime, Luo may offer a softer approach and an “outside the box” perspective on the Hong Kong crisis.

Russian President Vladimir Putin will travel to Turkey to meet Turkish President Recep Tayyip Erdogan to launch the Turkstream gas pipeline on 8 January. The first gas shipment took place on 1 January when  three billion cubic metres (bcm) was sent via Bulgaria, Greece and North Macedonia, replacing a transit route previously running through Ukraine and Romania. The pipeline which is due to transport 31.5bcm of gas annually bypasses Ukraine, and Kiev will lose transit fees it has profited from for years despite reports the actual price the Kremlin is due to pay Kiev will increase by volume under a deal struck between their two gas firms at the end of 2019. Russia and Turkey have had a turbulent relationship in recent years – Turkstream was even temporarily suspended in 2015 – but future tensions are unlikely to affect the Turkstream project.

Snap elections will be called for the regional assembly in Northern Ireland on 13 January if the nationalist party Sinn Fein and Democratic Unionist Party (DUP) are unable to agree on reforming a government by then. The Stormont assembly collapsed in January 2017 and the DUP essentially abandoned negotiations with Sinn Fein after that year’s snap general election, which saw the Conservatives depend on its support in Westminster. A snap vote election in the region could see Unionist parties record their worst-ever result and help build support for a pro-reunion referendum with the Irish Republic. In Spain the coalition between Prime Minister Pedro Sanchez’s Socialists and far-left Podemos is expected to be formalised on 7 January when it is likely to win a 166-165 majority in parliament though the divisiveness of the Catalan issue means it will be unstable.

MENA: US-Iran tensions ratchet up in Iraq and Gulf; Turkey deploys to Libya to escalate war

Following the US’s assassination of Iranian Commander Qassam Solaimani on 3 January in Baghdad, US President Donald Trump threatened Iraq with sanctions should a non-binding resolution to expel US troops be enacted. Rocket fire towards US military, diplomatic and commercial installations and anti-US protests will increase as 3,500 extra troops deploy to the Gulf, including 750 to Iraq. Iran is to roll back from all JCPOA nuclear restrictions, adding further brinkmanship to promises of revenge for Solaimani. Harassment of commercial ships in the Gulf may restart as the UK steps up naval patrols but this may only serve as a distraction before other retaliation. E3 signatories may look to rescue the JCPOA, but room for manoeuvre is increasingly remote. Turkish elite troops are arriving in Libya, which escalates the wars current phase and will likely further entrench the involvement of international militaries.

Sub-Saharan Africa: Three US military personnel killed by al-Shabaab in attack on Kenya military base

On 5 January one US soldier and two contractors, the first US military casualties in Kenya since 1998, were killed by al-Shabaab militants in an attack on Manda Bay Airfield, Lamu County. Two other US Department of Defense personnel were injured. The attackers breached the perimeter of the base and destroyed several aircraft and vehicles before being repelled. The attack may have been in retaliation for US airstrikes targeting al-Shabaab. US forces stationed in the base provide training and counterterrorism support to East African forces in Somalia. The assault followed an ambush on a bus in Lamu county on 2 January in which three people were killed and a bombing in Mogadishu on 28 December in which at least 79 lost their lives. Further attacks are likely as al-Shabaab seeks to pressure international forces to withdraw from Somalia.