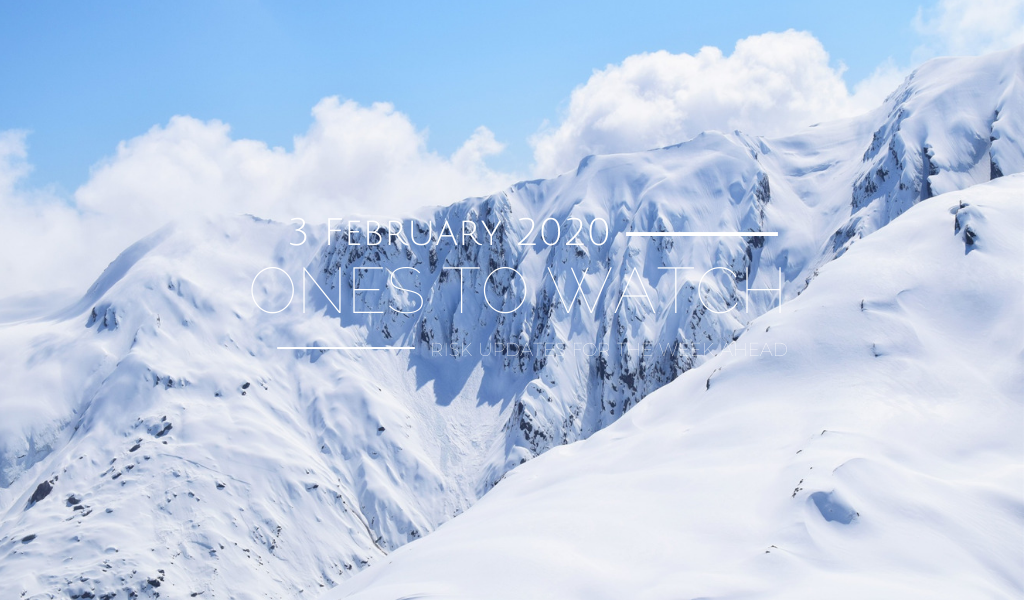 In the US, Democratic Party voters in the state of Iowa are scheduled to take part in their caucus on 3 February. The event will mark the first step in choosing the Democratic nominee which will face off against incumbent President Donald Trump in the upcoming November presidential election. At present, the favourites are leftist Senator Bernie Sanders and centrist former vice president Joe Biden, although the vagaries of the Iowa caucus process makes it difficult to predict who will win in the state. Trump’s impeachment trial is expected to end on 5 February, and it is all-but-guaranteed he will not be removed from office in a party-line vote.

Several countries in the region have imposed restrictions on travellers from China despite advice from the World Health Organization that there is “no reason to interfere with international travel and trade”. Businesses and factories have shut down, and airlines around the world have suspended flights to the mainland. The containment measures come as confirmed cases of coronavirus reached 17,489 and the death toll reached 362 as of 3 February. In Hong Kong SAR, authorities announced the closure of all border crossings with mainland China except for the Shenzhen Bay joint checkpoint and the Hong Kong-Zhuhai-Macau Bridge. In Australia, authorities have barred travellers from mainland China from entering the country. Citizens and permanent residents are exempt from the ban but are required to isolate themselves for 14 days after their arrival. More countries are expected to follow suit.

The month-long dispute between Russia and Belarus over oil transit fees continues. The partial suspension in Russian oil exports to Belarus has forced Minsk to look for alternate sources and began importing Norwegian oil on 27 January. Such economic brinkmanship is common between Moscow and Minsk and such disputes happen almost annually, however, amid increased Russian efforts to further economically integrate with Belarus, the current dispute has been more protracted. On 1 February US Secretary of State Mike Pompeo announced during the first visit of a US secretary of state to the country for 26 years that Washington would be prepared to offer Belarus all of its oil need. Despite this, Minsk is unlikely to take up Pompeo’s offer, though the announcement could push Moscow to conclude a deal with Minsk later in the month.

Voters in Ireland go to the polls on 8 February in an election shaped by neighbouring Britain’s 31 January EU withdrawal. The leftist pro-reunification party Sinn Fein has seen its popularity spike in recent polls, although AKE expects if it maintains this position it may simply force Fianna Fail and Fine Gael, historically rivals but both on the centre-right, into another power-sharing arrangement given their animosity towards Sinn Fein. Presently Fine Gael’s minority government is supported by Fianna Fail and the roles may be reversed. Albania risks a resumption of its recent anti-government protests movements after the ruling Socialists outlined a controversial reform to the judicial system on 31 January. Finally, the radical populist nationalist Vetevendosje party is due to formalise its coalition in Kosovo, which may exacerbate tensions with Serbia although significant escalation at this stage is unlikely.

Protests in Iraq are expected to increase in momentum after prime minister-designate Muhammad Allawi was selected as Iraq’s new prime minister amid widespread condemnation. Allawi has one month to form a government, yet the populace’s rage may be somewhat assuaged by the support pledged to Allawi by influential Shi’ah cleric Muqtada al-Sadr. Nonetheless, factional clashes have re-erupted. Fallout is expected in Gaza and the West Bank after the Palestinian Authority cut all ties with the US and Israel following the announcement of the US’s Middle East ‘peace plan’ on 28 January. Sporadic rocket fire is emanating from the Gaza Strip and Israeli defense officials warn that they are reaching a point of ‘no return’. Turkey and the Syrian regime have incurred fatalities in direct clashes near Saqarib, a severe escalation between the two. Saqarib may be Syria’s next new battleground.

Malawi’s constitutional court is delivering its ruling on a petition to dismiss the results of the May 2019 presidential election brought by defeated opposition candidates Lazarus Chakwera, who came second, and Saulos Chilima, who finished third. Chakwera and Chilima allege that the outcome was rigged in favour of incumbent Peter Muhtarika’s, who narrowly won re-election in a single-round vote. Whilst voting itself proceeded peacefully, violent protests calling for electoral commission head Jane Ansah’s resignation subsequently erupted in major cities. Demonstrations were accompanied by large-scale looting, destruction of property and threats against political activists. If the court rules in the petitioners’ favour, a rerun of the election is possible, raising the risk of political instability. Despite pledges to ensure peace by Mutharika’s Democratic Progressive Party and the opposition, protests could erupt in Lilongwe, Blantyre, Mzuzu and other urban centres.