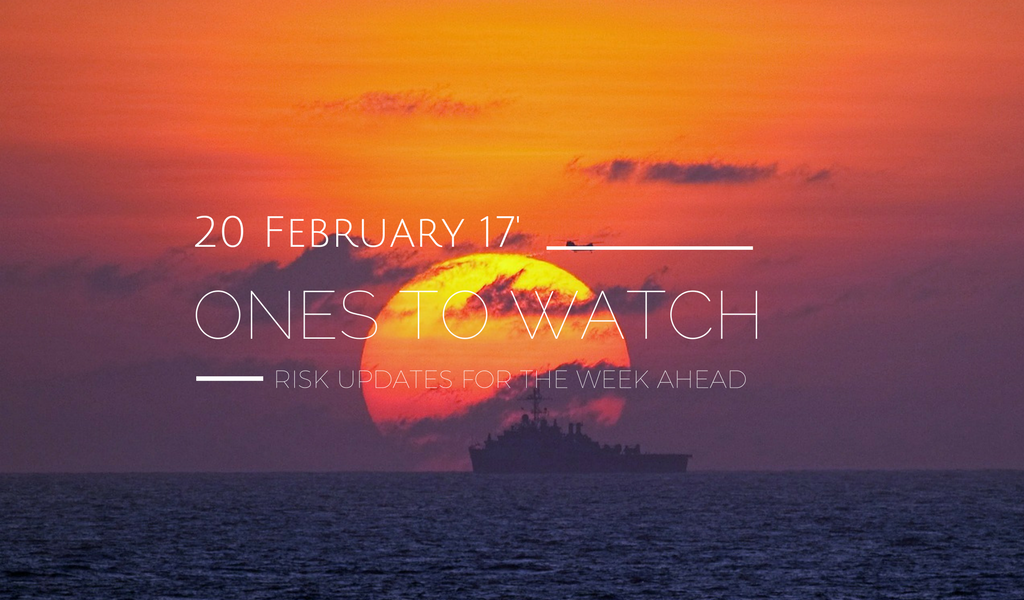 In Latin America, the investigations into Brazilian engineering conglomerate Odebrecht’s region-wide bribery scheme will continue to gain traction. On 16 February prosecutors in 11 countries signed an agreement to start a combined task force with bilateral and multilateral investigative teams to coordinate the probe against Odebrecht. Ongoing investigations across the region have already led several countries to cancel existing contracts with the company and ban it from participating in future contracts. Odebrecht has since abandoned some countries altogether. The new task force will also cooperate with cases related to the Petrobras corruption scandal. The meeting, organised by Brazil, included prosecutors from Argentina, Chile, Colombia, Ecuador, Mexico, Panama, Peru, Dominican Republic, Venezuela and Portugal. Further corruption scandal fallout is expected to continue to affect both political elites and Odebrecht’s contracts across the region.

The Asean foreign ministers’ meeting in the Philippines from 21-22 February marks the first significant gathering of the 10-member regional group since the Philippines took over as Asean chair and since Donald Trump came to power in the US. The South China Sea is high on the agenda after Asean agreed last September to develop a legally binding code of conduct in the waters by mid-2017. Yet Asean solidarity on the issue appears more elusive than ever. Since the ruling against China’s claim over the waters at the Hague last year, Philippine President Rodrigo Duterte has unexpectedly aligned his country with Beijing and distanced it from its traditional ally the United States, alarming Vietnam, Malaysia, Singapore and Brunei, which all have competing territorial claims with China. Asean has long struggled to produce a joint stance towards China and with uncertainty surrounding Trump’s commitment to the region, this year may see the 50-year old group even more divided.

US Republican Senator Lindsey Graham declared ‘2017 is going to be a year of kicking Russia in the ass in Congress’. Five Democratic and five Republican senators introduced a bill that would significantly increase the likelihood that Russian sanctions are maintained. Graham noted he expects a veto-proof majority to back the bill. In addition to formalising sanctions implemented by former US President Barack Obama, the bill would also significantly limit Russia’s ability to issue new sovereign debt, including that of sanctioned sub-sovereigns. While it is unclear how much support Graham has in the house, a slew of scandals over President Donald Trump’s administration’s ties and contacts with Russia  – and a report on 19 February that Trump’s administration considered a plan to undermine Ukrainian President Petro Poroshenko – has significantly raised the likelihood Congress will pass the bill with a veto-proof majority

On 19 February, former Italian prime minister Matteo Renzi launched a leadership challenge within his own Democratic Party, only two months after resigning as prime minister. Renzi is expected to seek a return to office if he wins the leadership election, a series of moves fraught with risks, particularly as his leadership has caused the leftist branches of the party to threaten to break-off, a move that would benefit the populist Five Star Movement. Meanwhile in Germany, the first poll emerged showing junior coalition partner the Social Democrats (SPD) winning a larger share of the vote than Chancellor Angela Merkel’s Christian Democrats (CDU). Meanwhile, France’s election has seen various minor candidates consider dropping out either to help a left-leaning or a centre-right candidate reach the second round of the presidential election. However, the one candidate who has refused to do so is the Republican’s Francois Fillon, whose front-runner status rapidly faded amid a scandal involving payments to his own family members.

In Iraq, the operation to retake the western half of Mosul from Islamic State (IS) began on 19 February. Federal Police units and Rapid Reaction Force units are approaching on separate trajectories simultaneously from the south, behind Counter Terrorism Service (CTS) units spearheading the charge. After securing the eastern bank of the Tigris in a little over three months, the offensive is well into its fourth month, and will likely take at least the same length of time again before the city is secured. Improved coordination and communication between different sections of the security forces and also with their coalition allies developed during the first operation has already made a significant difference to progress in the first 36 hours. IS attacks in Baghdad, in central provinces and against civilians still residing in west Mosul are likely to sharply increase through this week.

In South Sudan, the resignation of two senior military officials over the government’s war policy has raised doubts over its commitment to the recently announced National Dialogue, aimed at bringing an end to the civil war. Henry Oyay Nyago and Khalid Ono Loki criticised the impunity conferred on soldiers from the president’s own ethnic group, the Dinka, who carry out human rights abuses. All sides in the conflict are accused of human rights violations, including mass rape and summary executions. The resignations followed that of SPLA deputy chief of staff Thomas Cirillo on 11 February. Cirillo alleged the domination of the Dinka over other ethnic groups has become government policy, and hit out at the influence of the tribal lobby body the Jieng Council of Elders, which is exclusively made up of Dinka. With Cirillo, Loki and Nyago unlikely to directly join the Sudan People’s Liberation Movement – in Opposition (SPLM-IO), there is a risk of another armed opposition group emerging in the coming weeks.