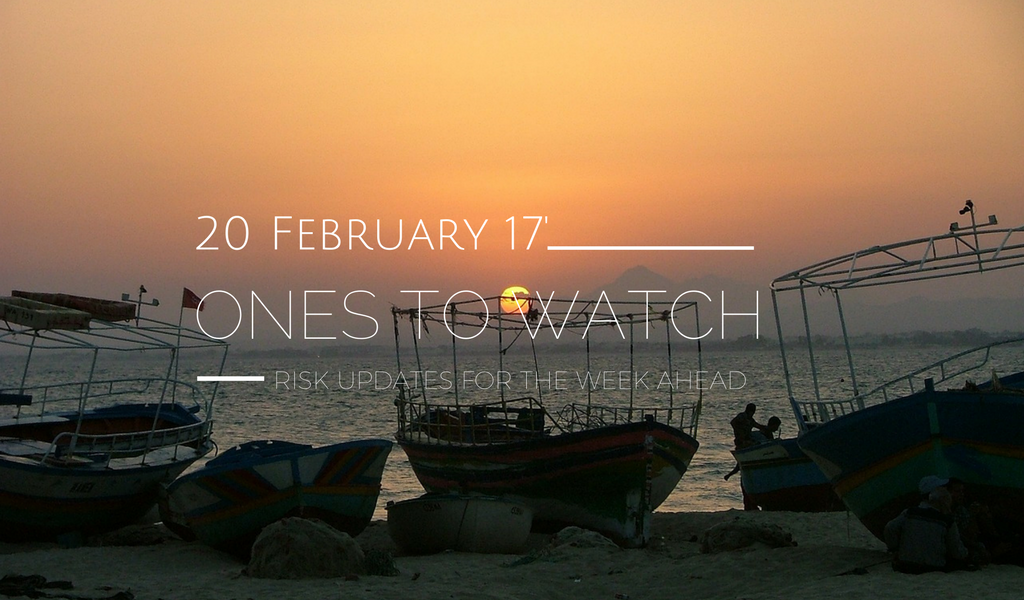 In Ecuador, the coming weeks will be marked by the electoral campaign ahead of the 2 April presidential runoff between ruling party Alianza Pais (AP) candidate Lenin Moreno and opposition centre-right Creando Oportunidades (CREO) candidate Guillermo Lasso. Final results from the 19 February elections gave Moreno 39.36 per cent of the vote, just short of the 40 per cent needed to avoid a second round against Lasso, who secured 28.09 per cent of the ballot. Lasso’s chances to win the presidency have significantly increased as fragmented opposition voters are likely to support him. A poll released on 26 February indicated Lasso would secure 52.1 per cent of the vote. Should Lasso win, political stability and reform implementation will be challenged by the legislative power, which will remain under the control of the currently ruling leftist AP.

On 5 March the National People’s Congress, China’s parliament, will convene in Beijing to lay out the country’s economic agenda for the year. Premier Li Keqiang will deliver his budget statement and will likely bring the growth target down to 6.5 per cent of GDP, compared to the range of 6.5-7 per cent of GDP in 2016. Recent signs indicate that the government is preparing to take major steps to reduce inflated growth reports coming out of provinces in a bid to rein in local government’s wasteful debt-fuelled infrastructure spending. In recent weeks several reformers have been elevated to key financial and economic positions, with Guo Shuqing becoming chairman of the banking regulator and He Lifeng promoted to the chairman of the National Development and Reform Commission, which is tasked with directing the economy. The Congress could finally see China embark on the major economic liberalisation it outlined in the 13th Five Year Plan.

Russian President Vladimir Putin is due to visit Tajikistan on 27 February, where it has been mooted an announcement could be made that Dushanbe will join the Eurasian Economic Union. The project aims to standardise customs across members and increase regional trade but has so far been largely ineffective, although it does serve as an instrument of increased Russian leverage over other member states. However, the brief nature of the visit, which will last only half a day, could be an indication that such a move will not be forthcoming. On 28 February Putin continues his Central Asian tour with a visit to Kyrgyzstan, already an EEU member, where protests broke out on 26 February over the arrest of Omurbek Tekebayev and have continued into 27 February. There is a risk that the government will crack down on the protests ahead of Putin’s visit and travellers are advised to avoid demonstrations, which may escalate at short notice.

Macedonia has faced two years of political crisis since Zoran Zaev, leader of the opposition Social Democratic Union (SDSM), released a series of wiretaps allegedly recorded by the government targeting nearly all members of society. The move led to anti-government protests and an EU-mediated agreement on holding early elections, although these were delayed nearly a year until December 2016 amid the ruling VMRO-DPMNE’s obstinance. On 25 February, the VMRO-DPMNE announced its own plans to hold protests in response to the SDSM’s formation of a government with ethnic Albanian parties that called for making Albanian a national language and undertaking other sweeping reforms. So far President Gjorge Ivanov, a VMRO-DPMNE leader,  has refused to grant the SDSM and Albanian parties the mandate to form a government, leading to EU and NATO criticism that could see Macedonia lose concessional financing if the crisis continues. Unrest cannot be ruled out and the coming days are likely to be among the most tense in Macedonia’s recent history.

Political tensions will increase in Tunisia following an unexpected mini-reshuffle of the cabinet on 25 February by prime minister Youssef Chahed. Chahed replaced the ministers of religious affairs and public service, both prominent members of Tunisia’s largest labour union, the Tunisian General Labour Union (UGTT), which has been highly critical of government reforms to worker’s rights. UGTT officials claimed the act was provocative and contravened the Carthage Declaration signed to encourage dialogue and consensus in Tunisia’s post-revolutionary political domain. Public service minister Abid Briki was replaced by Khalil Gharyani, a member of the executive committee of a less influential and pro-business union, the Tunisian Union of Industry, Commerce and Craft (UTICA). The reshuffle came after television appearances by Briki criticising government policies. Protests and strikes are likely over the next week in Tunis as the government struggles to further its legislation through parliament.

On 22 February, the Central Bank of Nigeria (CBN) moved closer to a devaluation of the naira currency after providing 23 commercial banks with a total of US$370.8m at forward exchange rates up to 15 per cent weaker than the official rate. The CBN has lost credibility following its interventions in foreign exchange markets, having branded critics of its strategy as ‘unpatriotic’. The move comes as President Muhammadu Buhari, a critic of a fully-floating naira, is in the UK on extended medical leave. It remains unlikely that the CBN will adopt a full devalution, but rather will seek to narrow the gap between official and black market rates. Nevertheless foreign exchange shortages will likely persist at least over the short term.