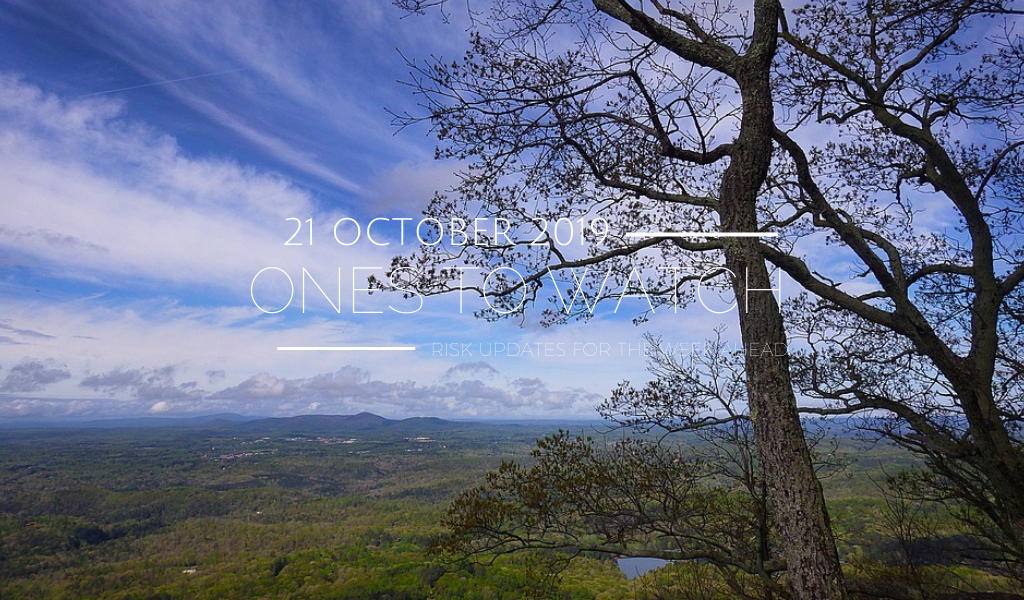 In Chile, further violent unrest should be expected as protests against metro fare hikes violently escalated even after a state of emergency and a night-time curfew were imposed in Santiago and other cities on 19 and 20 October. At least ten people were killed in fires that followed looting incidents in Santiago and Renca since protests erupted on 18 October. On 20 October the lower house of Congress approved the cancellation of the hikes a day after President Sebastian Pinera announced that the increase from 800 to 830 pesos (US$1.13 to US$1.17) for peak-time travel would be scrapped. Nevertheless, the violence continued, including the looting of at least 40 supermarkets, a CocaCola distribution plant, arson attacks and vandalism against more than half of Santiago’s 136 metro stations. Further violence and travel disruption is expected.

Asia-Pacific: Indonesian President Jokowi is sworn in for a second term

In Indonesia, President Joko ‘Jokowi’ Widodo was inaugurated on 20 October in the capital Jakarta for a second term, pledging to create jobs, cut inefficient bureaucracy, and reform outdated laws hindering development. The ceremony took place amid heightened security measures following violent anti-government unrest in the city, as well as the stabbing of top security minister Wiranto by an Islamic State (IS)-linked militant in Banten. Jokowi’s second term will be fraught with tensions between the executive and an increasingly fractious legislature. Jokowi will continue to strive for economic reforms, but little can be expected in terms of social policy, such as the protection of human rights. The challenging political landscape may compel him to sacrifice the country’s liberal and democratic gains in order to maintain his grip on power.

A presidential decree made public on 21 October provided Kazakhstan’s former president Nursultan Nazarbayev a veto over key appointments, and removed President Kassym-Jomart Tokayev’s right to unilaterally make appointments without first consulting the former president. The changes follow recent critical comments made by Tokayev over Nazarbayev-era infrastructure projects, considered to be attacks on the former president’s allies. The changes appear to confirm recent rumours of a power struggle amongst Nur-Sultan’s elite, but there is no indication that this will affect government stability. Elsewhere, Moldova’s tenuous governing coalition is pitted against each other in local elections, with the politically important Chisinau mayoral election going to a run-off between the Russia-orientated Socialist Party and the pro-EU ACUM bloc. The Socialists are expected to make gains, which could advance an impending collapse of the coalition in the coming year.

On 19 October the UK parliament voted to delay the approval for Prime Minister Boris Johnson’s Brexit deal until implementing legislation is passed, effectively forcing Johnson to request a Brexit extension from the EU. Johnson requested an extension, although he clarified that the request was from parliament. The EU is likely to grant an extension if necessary to avoid a no-deal Brexit. Johnson will attempt to bring his deal for a straight vote on 21 October, but Speaker John Bercow could refuse to allow it. The government is set to introduce implementing legislation, which could be amended to demand a customs union. North Macedonian political leaders agreed on Prime Minister Zoran Zaev’s call for an early election in April, following another delay by the EU in beginning accession talks with the country, which could spark a political crisis in Skopje.

On 21 October Lebanon’s cabinet approved sweeping reforms to hopefully appease hundreds of thousands of protesters on the fifth day of anti-government protests. Protests, which were triggered by a ‘WhatsApp tax’ on 17 October, devolved into violence across the country. Prime Minister Sa’ad Hariri’s government approved the 2020 budget with a deficit of 0.6 per cent, without imposing new taxes, instead asking banks for US$3.3bln in contributions to achieve a ‘near zero deficit’ for the 2020 budget. Salaries of legislators and MPs will be halved and several state institutions, including the Ministry of Information were also abolished and the telecommunications sector and the crippled electricity company will be privatised. Such reforms may appease protesters in the short term but there is a risk of further unrest should issues such as dollar, fuel and import shortages continue to bite.

Preliminary results from Mozambique’s 15 October general elections point to a sweeping victory for incumbent President Filipe Nyusi and the ruling FRELIMO party. With two-thirds of votes counted, Nyusi is on 69 per cent, far ahead of his main opponent Ossufo Momade of the rebel-group-turned-opposition-party RENAMO on 26 per cent. FRELIMO is on course to win a similar landslide in the parliamentary vote. Although Nyusi’s and FRELIMO’s re-election had been expected, their performance exceeds forecasts. RENAMO rejected the early results, alleging voter intimidation and fraud. The party leadership said it would challenge the outcome and called for a rerun of the vote. FRELIMO’s decisive victory gives Nyusi relatively free rein to finalise restructuring agreements with Mozambique’s creditors. However, RENAMO’s allegations will test the tenuous peace agreement signed with the government in August, raising the risk of political instability and violence.