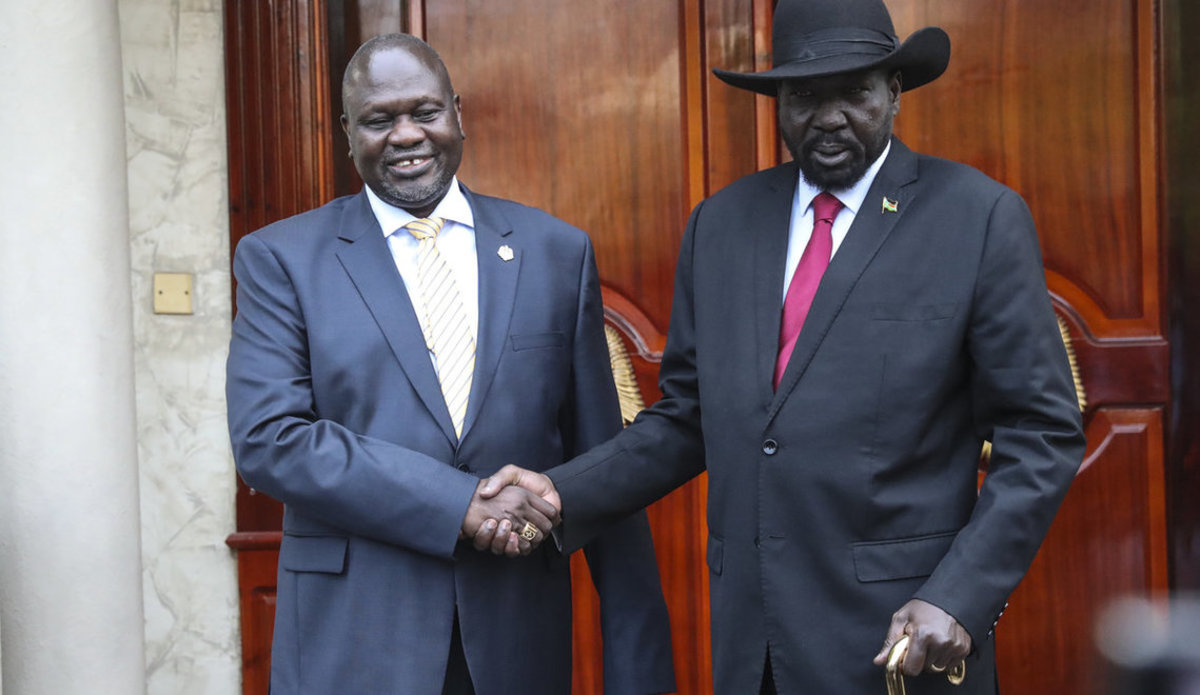 South Sudan: Unity government a way-stop, not the destination

After more than a year of political wrangling, two postponements and an eleventh-hour diplomatic push by regional stakeholders, on 22 February rebel leader Riek Machar took oath as South Sudan’s First Vice President in a unity government with President Salva Kiir.

Machar’s return to government keeps alive a truce that has, to the surprise of many observers, held reasonably well since 2018. With Machar’s hold over the unruly SPLM-IO increasingly tenuous, another delay could have precipitated an open revolt by elements pushing for greater concessions from Kiir, who used the ceasefire to quietly consolidate his power. The SPLM-IO’s factionalisation would have made a resolution of the conflict all but impossible.

Encouragingly, both sides demonstrated a willingness to compromise to avoid such an outcome. President Kiir agreed to restore the country’s internal boundaries to their pre-war status, a key demand of Machar’s camp. A reduction of the number of states will come at a significant political cost to Kiir, who has used the disbursal of local government positions as a means of patronage. Machar, in turn, agreed to entrust his personal safety to Kiir’s forces instead of bringing his own security detail to Juba. Having long refused to return from his South African exile for fear of an assassination attempt, this is a significant leap of faith.

Finally, Machar’s inauguration shows that regional and international actors still have bargaining power with Juba if they act resolutely and in concert.

But Machar’s return to government is merely an intermediate stop on South Sudan’s road to peace, not its end. The unification of Kiir’s and Machar’s forces into a single national army, as agreed in the 2018 peace accord, will take years to complete. Reports that both sides have continued to recruit troops even as efforts toward joint cantonment are ongoing highlight the level of mistrust between the two leaders.

New fault lines are already emerging. The formation of the unity cabinet appears likely to be delayed after a meeting on 27 February to discuss the distribution of government portfolios between Kiir’s SPLM, the SPLM-IO and smaller parties ended in deadlock, with Kiir reportedly laying claim to all key posts, including the finance and petroleum ministries.

Despite Kiir’s announcement, the planned territorial reform is far from a done deal. The SPLM-IO has roundly rejected Kiir’s proposal to create special administrative zones outside the control of state governments on grounds that this would allow the president to retain power over disputed oil-rich areas through the backdoor. Even if an agreement is found, implementation is rife with potential pitfalls.

Continued commitment from external stakeholders and, above all, from Machar and Kiir themselves will be required to resolve these issues. There is a distinct risk that, now that a symbolic reconciliation has been accomplished, international partners will disengage from South Sudan. Upcoming elections in Uganda, Ethiopia and the Unites States increase this risk.

With international partners diverting their attention away and Machar hemmed in a junior government position, President Kiir might suddenly feel less inclined to compromise on territorial reform or the sharing of resources and funds. If Machar’s impatient allies feel outsmarted by Kiir, they could abandon Machar and revert to military means to enforce their demands.