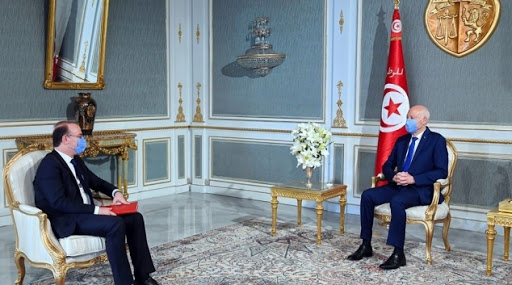 On 10 April the International Monetary Fund approved US$745m in emergency assistance to Tunis, to support policy response to mitigate the rapidly spreading COVID-19 pandemic. The loan should help plug large fiscal and balance of payments needs, estimated at 2.6 and 4.7 per cent of GDP respectively. Tunisia is amongst those globally at the greatest economic risk in the face of the pandemic. Before the IMF disbursement the country had foreign currency reserves of around 3.8 months of import cover, just over the critically low threshold of three months. This was the highest level of FX reserves since October 2016.

The new government started its term on 28 February facing arguably a worse social and economic crisis than the revolutions of 2011, which were sparked by a self-immolation in Tunisia’s Sidi Bouzid. The beleaguered populace has seen nine successive governments since 2011 and each failed to tackle social hardship and unemployment, which in 2010 before the revolution was officially 13 per cent. In 2019 it hit 14 per cent. Amid a state-wide lockdown this number has undoubtedly soared.

In October 2019 Tunis said it needed around TND8.5bln (US$2.96bln) in external financing in 2020. Debt maturing in 2020 appears to be at least US$1.8bln, of which almost half is in dollars and euros. Total 2020 deficits were expected to rise to TND11bln (US$3.8bln), or 10 per cent of GDP, but were based on projections of 2020 GDP growth over 3 per cent. Moody’s rates Tunisia at B2, junk territory. IMF estimates are that Tunisia’s economy will contract by 4.3 per cent in 2020, the deepest recession since independence in 1956. Tourism, one of the sectors most impacted by COVID-19 globally, makes up around 8 per cent of GDP.

Tunisia’s economic woes are not new. Tunisia fell under the G8’s 2011 ‘Deauville Partnership with Arab Countries in Transition’, a coalition comprising G8 countries, Turkey, Gulf countries, the IMF and World Bank. Tunisia was lent undisclosed sums by individual members to support the process of enacting liberalising reforms. This programme is one reason why since 2011 Tunisia’s foreign public debt has ballooned – 41 per cent to GDP in 2010 became 71 per cent in 2018 and over 105 per cent expected by the end of 2020. Tunisia’s 2017 interest repayments also spiked and remain high as repayment grace periods extended in 2011 ended.

The IMF in March halted Tunis’s 2016 US$2.8bln programme as reforms were unforthcoming. Tunisia’s 2020 budget reflected just that. Public sector wages accounted for 40 per cent, with 22 per cent for debt repayment. On 15 April G20 economies approved a temporary suspension of principal and interest payments on official bilateral debt from 1 May until end-2020, a decision which applies to 76 most vulnerable countries including Tunisia. Nonetheless, the respite offered is overshadowed by the domestic crisis looming – Tunisia has very little ability to adequately disburse financial or social support to the most vulnerable. In rural impoverished areas most are hand-to-mouth workers which usually means work or starve: amid a COVID-19 lockdown, working is not possible. For those who must travel further to find food infection is a lesser risk than starvation. Hospitals are ill-equipped. The desperate act of self-immolations which characterised the 2011 revolutions are again becoming more frequent. COVID-19 has exacerbated what was already a latent crisis. Without significant immediate support the country’s significant crises will worsen.