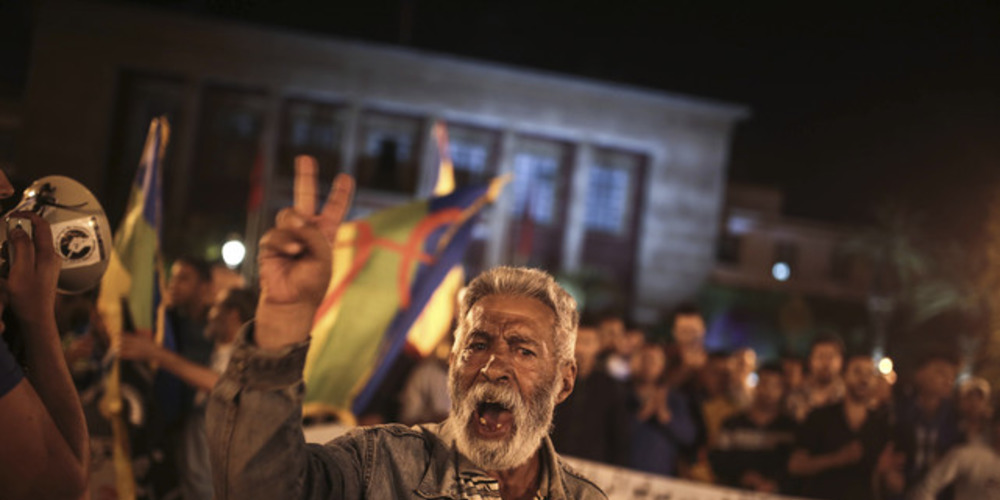 Morocco: Risks in the Rif

On 28 October 2016, casual street vendor Mouhcine Fikri was crushed to death in a waste disposal vehicle after he attempted to retrieve US$11,000-worth of produce confiscated by police in the provincial capital of al-Hoceima. Local police defended the confiscation by saying Fikri lacked a permit for fish, and his wares included unseasonal fish that were banned due to over-fishing. The gruesome video of Fikri’s body mashed by the metal teeth of the waste disposal vehicle spread across social media in Morocco. The incident had more than its fair share of analogies with Muhamad Bouazizi, the Tunisian illegal fruit and vegetable tradesman who sparked what became known as the Arab Spring in December 2010.

Protests erupted in al-Hoceima immediately after the incident, with estimates of 10,000 people attending protests organised by the 20 February movement to voice public anger. Large protests continued for several weeks in al-Hoceima, swollen by protestors from across the province. The movement spread to other cities including Rabat and Casablanca as it become more organised and garnered supporters across the country. As protests have continued activists have formed and solidified the ‘Hirak’ movement.

Low-level discontent in al-Hoceima continued for several months. The protests featured chants critical of the political establishment, while suggestions of widespread corruption underpinned public anger, encapsulated in the word ‘hogra’. Al-Hoceima, in the country’s northern mountain Rif area, is home to a significant Berber minority which has often been suppressed by the government. There, the protest movement has gathered pace during the summer months. Now there are almost weekly protests in Morocco’s major cities, all coordinated by Hirak activists.

Morocco has positioned itself as a key manufacturing hub, specifically in textiles, automobiles and defence for the European market. In the early 2010s successive governments embarked on a focused industrial policy which, in addition to further exploiting mineral resources in the country, took advantage of Morocco’s beneficial location. Morocco served as a low-cost, high-quality manufacturing destination, providing many companies with notable supply chain improvements with its multiple ports of entry and frequent flow of air and sea transport for key European finishing and design hubs.

Although much of this foreign direct investment has so far been focused on Morocco’s Atlantic coast, some has concentrated in a narrow corridor between Tangiers and Tetouan, bordering the Rif. Tangiers is home to one of the two large Renault factories in the kingdom. There are a multitude of smaller manufacturing companies operating in the two cities and the countryside between them. Despite the continuation of public fervour denouncing ‘hogra’, these manufacturing hubs are unlikely to be impacted in any meaningful way, and significant disruption to operations is unlikely.

The unrest in the Rif is no second Arab Spring. It is more akin to the civil unrest seen in southern Tunisia in the first half of 2017, with explicit demands backed by legitimate and popular feelings of exclusion and neglect by the central government. The protest movement is likely to persist towards the end of the year, although will remain focused against the government.