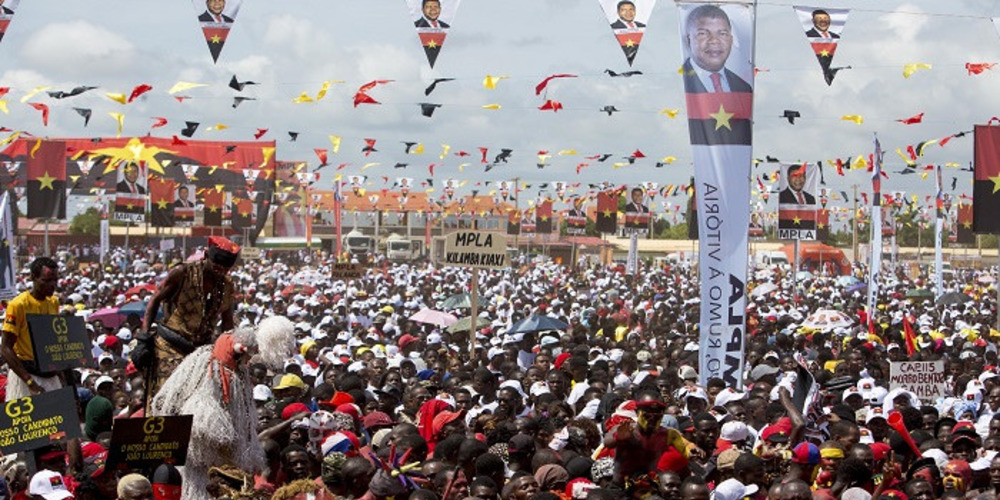 With 98 per cent of the votes counted, the ruling People’s Movement for the Liberation of Angola (MPLA) party has won a comfortable majority of 61.1 per cent in Angola’s 23 August legislative elections, the first in which president for 38 years José Eduardo dos Santos did not compete for the top job. While also partly reflecting an electoral environment strongly biased toward the ruling party and marred by rigging allegations, the result hands MPLA presidential candidate João Lourenço a solid mandate and underscores the party’s broad popular support. Nevertheless with the MPLA gaining 10 per cent less of the vote compared with the 2012 elections, the result highlights growing frustration over the state of the economy and rampant cronyism under the political elite led by dos Santos.

In this context, Lourenço has tried to avoid being seen as a puppet, speaking of the need to lower poverty levels and eradicate corruption on the campaign trail. Nevertheless, as party veteran and dos Santos loyalist, although not considered part of his innermost circle, the ex-defense minister was handpicked in February to succeed dos Santos. His nomination was as a surprise for many who had expected dos Santos to pick one of his children, who have taken on increasingly prominent roles in Angola’s business world in recent years. Lourenço is instead considered a consensus-builder with strong ties to all party wings. Dos Santos likely saw him as a safer bet to prevent simmering resentment within the MPLA against all too blatant nepotism from boiling over and threatening his family’s vast business empire spanning the oil, finance and media sectors.

Even so, dos Santos will stay on as party leader until at least 2021, securing him a substantial amount of influence. Moreover, the dos Santos empire will continue to control key institutions, notably the commanding height of the economy, state oil company Sonangol, headed since 2016 by dos Santos’ daughter Isabel. Despite the mutual dependencies this creates, relations could quickly sour if Lourenço makes good on his key elections promises.

Lourenço’s main challenge will be dealing with the consequences of low oil prices, with the commodity accounting for 95 per cent of Angola’s exports. Economic growth flatlined in 2016 and only very modest growth of 1.5 per cent annually is expected in the coming years. If Lourenço is serious about economic diversification and attracting private investment, he will have to deliver on his pledge to clamp down on corruption. This will inevitably send him on a collision course with the dos Santos family.

Moreover, with production in established oil fields expected to start declining soon, Angola must incentivise exploitation in new areas. Advancing the restructuring of notoriously corrupt and inefficient Sonangol will be key to this, in addition to loosening capital controls that have forced oil firms to freeze investments. Under Isabel dos Santos, Sonangol initially realised substantial overhead cost cuts but progress has lately stalled. Sonangol’s inability to pay back US$300m owed to Chevron in 2016 has strained relations with oil majors, which are together reportedly owed over US$1bln.

How independent a president Lourenço will be, and whether he will be emboldened to take on the dos Santos elite, remains to be seen, but economic necessity and outside pressure could force his hand. In any case, the Lourenço-dos Santos relationship will determine Angola’s fortunes in the coming years.