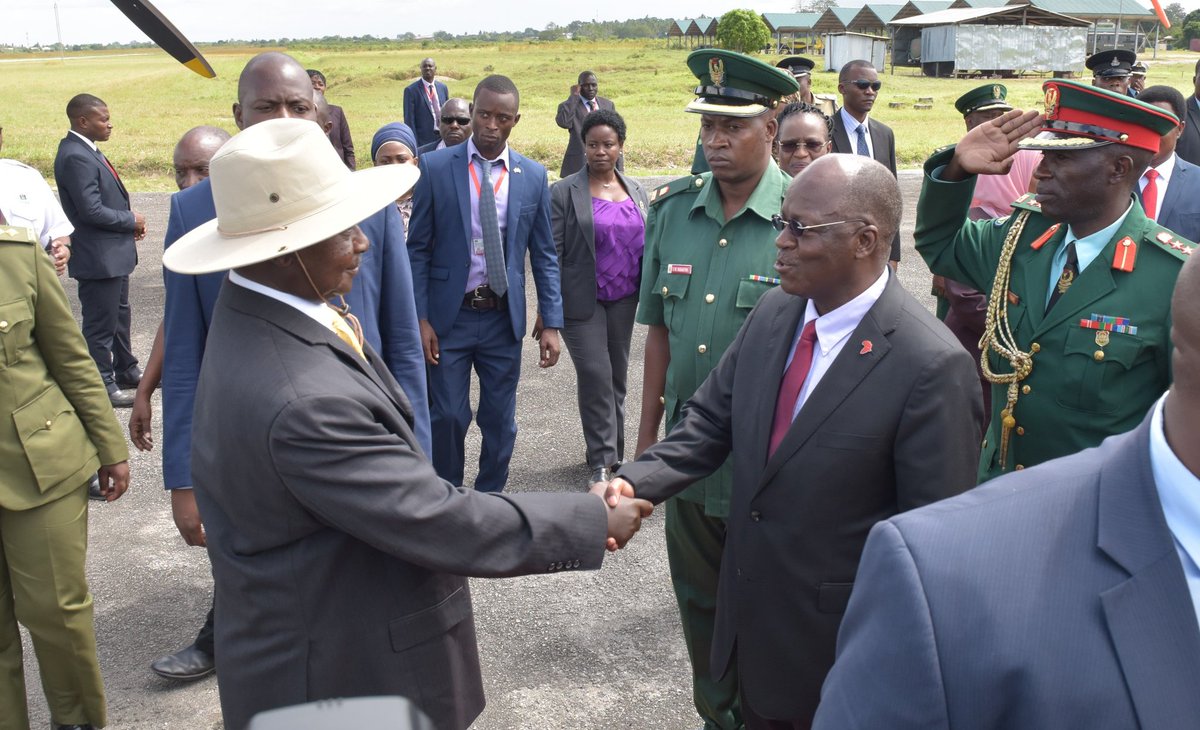 On 4 August Ugandan President Yoweri Museveni and Tanzanian President John Magufuli laid the foundation stone of what will be the world’s longest electrically heated crude oil pipeline. Stretching 1,445km from Uganda’s western Hoima district to the seaport of Tanga, Tanzania, the US$3.55bln pipeline is one of many ambitious infrastructure projects underway in East Africa.

It initially appeared Uganda’s government would build a pipeline with its Kenya counterpart running to the port town of Lamu. However, given al-Shabaab-induced insecurity along much of the route Museveni opted for the Tanzanian option. In Tanzania, where the pipeline will run through Bukoba, along the shore of Lake Victoria before passing through Shinyanga, Siginda and on to Tanga, security risks are less pronounced. Al-Shabaab does have a foothold in the country, while in 2016 a video emerged of a small group pledging allegiance to Islamic State (IS). Nevertheless, there has not been a major terror attack since the 1998 US Embassy bombing.

That being said, there was a spate of small-scale bombings in Arusha in 2014 and several low-tech attacks in northern Tanzania in 2016. Although the pipeline is a flagship project and symbol of regional integration that would represent a high-profile target, any attacks in Tanzania are more likely to continue to be directed at religious buildings, bars, luxury hotels or other similar soft civilian targets. The al-Shabaab threat is even less pronounced in Uganda. Although the risk remains elevated, owing to Uganda’s involvement in Somalia, al-Shabaab lacks the capacity to pose a significant security risk. Like Tanzania, any attacks that do occur are more likely to be directed at soft civilian targets such as luxury hotels or bars, as seen in 2010 when the group carried out suicide bombings against crowds at a bar watching the World Cup.

The myriad armed groups operating predominantly in eastern Democratic Republic of Congo (DRC) will be a greater concern, given that these groups sometimes traverse the porous border into western Uganda. Oil wells and associated infrastructure will be strung along the entirety of the two-country’s border and would represent a lucrative target for armed groups. There are also existing tensions between Uganda and the DRC over oil in Lake Albert. Little cooperation has taken place despite various pledges by Museveni and DRC President Joseph Kabila. In 2007 Congolese soldiers killed a geologist working for a Heritage contractor in a dispute over whether seismic analysis was taking place on DRC territory. With security deteriorating over Kabila’s refusal to stand down at the end of his mandate, uncertainty and the potential for regional instability remains.

Since oil discoveries in the 2000s, Museveni has militarised Uganda’s western region, to mitigate risks posed by DRC-based armed groups, but also because of governability challenges. Intended to reassure investors, the move has instead laid bare Museveni’s difficulties in governing the region through conventional means. The region has a long history of land disputes and of tension with the central government. In 2016 over 100 people were killed during clashes between members of the Rwenzuru Kingdom and the military. The Bunyoro Kingdom, which covers Hoima, Buliisa and Masindi districts, also has long-standing grievances over its marginalisation and has already clashed with the government over oil royalties. Land grabbing has also already led to violence. In August 2014 residents of Rwamutonga awoke to bullets after being evicted from land on which a US firm wanted to build an oil waste treatment plant. A court later declared the evictions wrongful, but in April 2017 the residents were evicted for a second time.

Customary vs. formal land rights is a long-standing problem that oil activities have exacerbated. There has been an upsurge in land being registered in other people’s names and the title being used to evict those who have lived there for generations. A probe into land to be used by China National Offshore Oil Corporation found most transactions that led to the titling of land were erroneous and contained misleading information. Legal disputes are inevitable, yet the independence of courts cannot be guaranteed. In the absence of legal means to address their grievances, residents could instead arm and mobilise against oil projects. Lessons must be learnt from Nigeria, where the root of militancy in the Niger Delta lies in the fact promised economic benefits have not materialised while oil companies have done little to prevent environmental degradation.

There have been some positive steps. In early August 73 per cent of Uganda’s MPs said they would vote against a land bill that would allow the government to take possession of private land without prior compensation. However, Museveni has since taken to the radio to garner support for the controversial bill. Governance concerns, the history of land disputes and pressure to meet ambitious production targets all point to the potential for unrest.