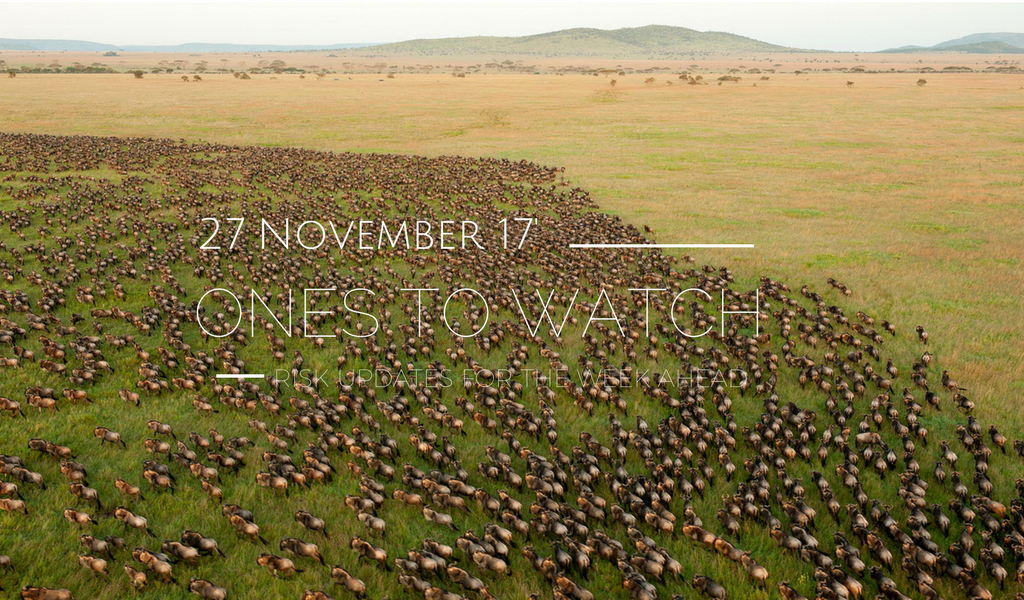 Americas: Uncertainty to persist amid controversial presidential election in Honduras

In Honduras, the controversial presidential election held on 26 November is likely to keep uncertainty levels high at least over the coming weeks. With 57 per cent of the ballots counted, opposition centre-left candidate Salvador Nasralla had secured 45.17 per cent of the vote while centre-right President Juan Orlando Hernandez had won 40.21 per cent. Both candidates claimed victory before the first official results were announced. The partial results came as a surprise given that Hernandez, who is seeking a highly controversial re-election, led all polls. Nasralla’s Opposition Alliance Against the Dictatorship coalition claimed it would not recognise the results should Hernandez win. Hernandez is considered a US ally in the region and his potential defeat could alter the country’s political environment, although no radical shifts in policy are expected. Nevertheless, uncertainty will persist and election-related unrest will remain likely over the coming days.

On 27 November Pope Francis begins a three-day visit to Myanmar where he will meet both State Counsellor Aung San Suu Kyi and General Min Aung Hlaing. The Pope will almost certainly raise concerns over the military’s persecution of Myanmar’s Rohingya minority, around 620,000 of whom have fled to Bangladesh. He then goes to Dhaka for two days to conduct an interfaith meeting, where he will meet several Rohingya refugees. Francis is famously outspoken and condemned the current crisis in August, but he unlikely to criticise the Myanmar government and military this time. A papal intervention could inflame tensions and trigger violence by Buddhist nationalist groups against both Muslims and Myanmar’s 659,000 Catholics. The Yangon regional government has already banned all protests. The Pope’s visit may shine more international attention onto the crisis but is unlikely to end the crackdown.

Eurasia: Power struggle in Luhansk, Kadyrov may be out as head of Chechnya

Igor Plotnitsky resigned as ‘president’ of the Luhansk People’s Republic (LNR), a Russian-backed Ukrainian breakaway state. The move came after a four-day standoff between Plotnitsky and those loyal to Igor Kornet, who Plotnitsky sacked as ‘interior minister’ on 20 November. Leonid Pasechnik, who is seen as a proxy of Russia’s Federal Security Service (FSB), was named the LNR’s acting head. There remains a risk of further intra-separatist squabbles. The LNR could be ‘united’ with Russia’s other Ukrainian proxy, the Donetsk People’s Republic (DNR). The move will likely set off a new competition for control of resources in separatist-Russian-held areas of Luhansk Oblast. Meanwhile, controversial but powerful Chechen regional head Ramzan KAdyrov said on 26 November that he was prepared to resign, although Kremlin sources downplayed this in local media the next day. Kadyrov has previously made similar comments but the tone and nationally-televised prime time nature of the statement will continue to prompt speculation.

On 24 November Martin Schulz, leader of Germany’s Social Democratic Party (SPD), announced his party would enter coalition talks with the Christian Democrats (CDU) and their Bavarian sister party (CSU) following an intervention by President Frank-Walter Steinmeier, a former SPD leader. The talks could lead to a continuation of the ‘grand coalition’ that formed the previous government and would retain Chancellor Angela Merkel in office. However, this is far from certain given Schulz’s earlier stance he would not support a new grand coalition. A  sticking point could be the CSU’s demand for a cap on annual refugee resettlements, which the SPD opposes. The CSU had previously secured a pledge of 200,000 per year in the now-failed ‘Jamaica coalition’ talks that involved the CDU/CSU, the Greens, and the liberal Free Democrats (FDP). Schulz also insists that SPD party members will have to vote to approve any final deal. The

On 24 November in Egypt, 305 people were killed and at least 128 others were wounded in a complex coordinated bombing and shooting attack on the Al-Rawdah mosque during midday prayers in the village of Bir al-Abed in northern Sinai. At least 25 gunmen in military fatigues set off an explosive device inside the mosque and proceeded to shoot worshippers through doorways and windows. The public prosecutor’s office has blamed the Islamic State (IS) affiliate in the Sinai Peninsula, Wilayat Sina, formerly known as Ansar Bayt al-Maqdis, for the attack. The group is unlikely to claim an attack which has specifically targeted a mosque. The motivations behind the attack, which has the single-largest death toll in at least 30 years, are believed to be numerous, including the mosque’s Sufi denomination, and the involvement of the predominant tribe in the area in government anti-IS operations. Further attacks are likely, although will largely target the security forces.

Sub-Saharan Africa: Spotlight on Kenya as Kenyatta prepares for swearing in ceremony

On 28 November incumbent Uhuru Kenyatta will be sworn in as President of Kenya for a second term. The inauguration ceremony will be held under tight security as the risk of unrest remains high following the controversial election re-run that was boycotted by opposition leader Raila Odinga. Opposition supporters had planned to hold a fake swearing in ceremony for NASA leader Odinga, but he pulled out over fears it would be illegal and tarnish his international image. Despite this, there will be a high risk of potentially violent protests in key urban areas, including the capital Nairobi and opposition stronghold Kisumu. Following the ceremony, Kenyatta said he will turn his attention to ensuring the “unity of all Kenyans”, which will be no small task with the country currently polarised along ethnic and political lines following the divisive elections.