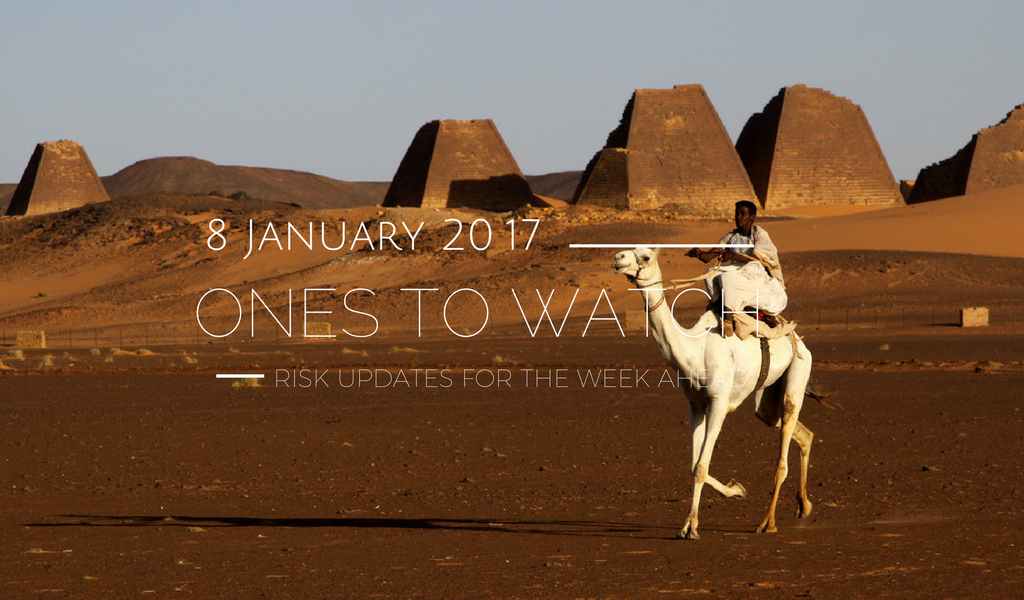 In Colombia, the government and the ELN guerrillas have recently stated in separate announcements that they stand ready to potentially renew the bilateral ceasefire agreement in place since 1 October 2017 which comes to an end on 9 January. On 6 January President Juan Manuel Santos stated that the government’s team leading the formal peace talks, ongoing since February 2017, would travel to Ecuador’s capital Quito on 8 January to resume talks with ELN negotiators the following day. The ELN has also vowed maintain the peace talks, even if the ceasefire renewal does not materialise. Pressure to extend the bilateral agreement will likely increase, as it would be hard to significantly advance in other aspects of the peace process should violence resume post 9 January.

Given that the Moon administration for months has been touting February’s Pyeongchang Winter Olympic Games as a opportunity to improve relations with North Korea, it should not be surprising that the Kim regime has agreed to hold talks about Pyongyang’s participation on 9 January. Yet South Korea’s more diplomatic approach to relations with the Kim regime has inevitably been overshadowed by the threats and bombast emanating from Washington. While the talks ostensibly will focus on the games, more is at stake. The breakthrough came after Kim Jong-un said in his New Year’s Day address that he would like to see a de-escalation in tensions. Two days later, an emergency hotline between the countries was restored after almost a year of silence. While another North Korean test could derail relations, there is reason to be optimistic that tension on the Korean peninsula may be lifting.

On 5 December Uzbekistan announced increases in the price of gas, alcohol and cigarettes, as part of the economic reforms initiated by President Shavkat Mirziyoyev. The price of liquified gas sold locally will increase between 20 and 100 per cent, effective 1 August, from when all regions will also pay the same price of gas. Taxes on alcoholic products will increase between 20 and 30 per cent while the tax on cigarettes will increase 125 per cent. There is little recent precedent for social unrest in the country but the reforms will be one of the first economic measures to significantly impact a large portion of the population, a crucial test for Mirziyoyev’s reform agenda. Political and economic relations between Uzbekistan and Tajikistan also appear set to improve further with Mirziyoyev announcing he will visit Dushanbe and calling for the resumption of flights with the cities of Bukhara and Samarkand, which have large ethnic Tajik populations.

Czech Prime Minister Andrzej Babis has acknowledged his minority government will likely lose a 10 January confidence vote. Only the Communists said that they would support the controversial billionaire’s government, albeit by abstaining on the vote. Babis’ ANO party holds 78 of 200 seats; the Communists control 15. Babis is also due to appear for hearings that could see him stripped of his parliamentary immunity this week. Babis may still seek agreement with the populist right-wing Freedom and Direct Democracy party. President Milos Zeman pledged to give Babis a second chance at forming a government should the confidence vote fail. British Prime Minister Theresa May has ordered a reshuffle of her Cabinet, although the most influential ministers will retain their posts. The reshuffle included Patrick McLoughlin stepping down as chairman of May’s Conservative party with Brandon Lewis replacing him.

On 7 January, the 4th Armoured Division of the Syrian Arab Army broke the siege of the Military Vehicles Administration base in the Eastern Ghouta town of Harasta outside Damascus. The success comes after Syrian-backed and Russian forces launched a ground and aerial offensive against the opposition-controlled territory on 2 January. The airstrike campaign by Syrian and Russian aircraft led to at least 17 deaths on 6 January, and casualty rates are likely to rise as the campaign continues in the coming days. Government-backed forces will continue to make notable gains in Idlib province, capitalising on retaking multiple villages in the last several days as they seek to regain control of the Abu al-Duhur airbase. The Syrian government-backed forces include an extensive deployment of Lebanese Hizbullah fighters. Government forces will succeed in their efforts to control the area despite the extensive presence of well-armed opposition militias.

Sub-Saharan Africa: Escalating protests a cause for concern in Sudan

When in December 2017 the Sudanese government passed a controversial 2018 austerity budget that, in line with IMF recommendations, removed bread subsidies and also announced it would devalue the Sudanese Pound it appeared to be a recipe for disaster. Fast forward a month and prices of bread have over doubled in some parts of the country while inflation continues to soar. This has provoked protests in several locations across the country, including Khartoum, Nyala, al-Damazin and Geneina. The unrest echoes similar protests in 2013 when the government lifted fuel subsidies. More than 150 people were killed in the ensuing crackdown and there is a risk of yet another harsh crackdown this time around with President Omar al-Bashir keen to avoid the same fate of another Sudanese dictator, Jaafar Nimeiri, who was toppled in a popular uprising in 1985.