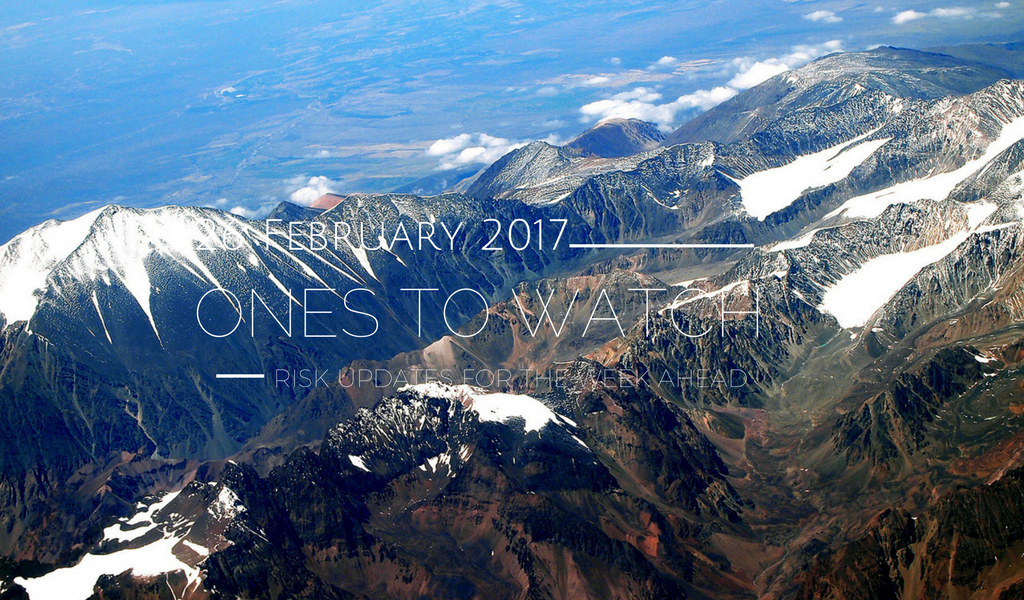 In Argentina, President Mauricio Macri is set to inaugurate the 136th ordinary session of Congress on 1 March with a speech that will come a little over a week after a massive demonstration led by the truckers’ union against the government’s austerity policies. The Macri administration has moved fast to pass key reforms through Congress since securing an unprecedented victory in the October 2017 mid-term elections. While the tax and pension reform have been approved, the labour reform and a capital markets bill still need to be discussed and union-led pressure could delay the process. Despite potential for further union-led unrest during March as salaries are being negotiated, the overall policy agenda is unlikely to be severely affected. Nevertheless, delays and certain modifications cannot be entirely ruled out.

From 27 February to 3 March Lie He, President Xi Jinping’s top economic adviser, will visit the United States for trade talks with President Trump’s trade envoy, Robert Lighthizer. The visit comes after weeks of escalating rhetoric from both Washington and Beijing over potential tit-for-tat trade sanctions, with the US particularly concerned about China’s excessive steel and aluminium production. It also comes at a crucial time for Liu He, who, after being elevated to the 25-member Politburo in October, is set to become one of China’s four vice premiers and is tipped to named as the new central bank chief in March. This would give Liu He enormous power over China’s economic direction. The outcome of the meeting and the relationship Liu He builds may well shape China’s trade dealings with the United States for the remainder of the Trump administration.

On 25 February Afghanistan’s Energy Minister Ali Ahmad Osmani said that a trip to Herat to sign agreements related to the Turkmenistan-Afghanistan-Pakistan-India (TAPI) pipeline was cancelled. Osmani said agreements made on 23 February when groundbreaking on TAPI’s Afghan section took place were signed without his approval. The project will continue to face extremely challenging conditions in all four countries. The project is strategic for Turkmenistan, which is desperately looking for another outlet for its natural gas reserves. Currently Turkmen gas is only exported to China, via the Central Asia-China gas pipeline, while exports via Iran have been suspended indefinitely due to disagreements over payments from Tehran. However, transiting through Afghanistan has always been a major stumbling block for the project due to political instability and security issues within the country. The project will remain controversial and is unlikely to relieve pressure on Turkmenistan’s economy, which is close to default, in the near future.

Europe: ABLV to be wound up as banking crisis rages on

Latvia’s banking sector crisis continues to deepen after the European Central Bank announced that ABLV bank would be wound up, two weeks after the US Department of Justice alleged it helped fund North Korea’s missile programme. The ECB halted payments from ABLV on 19 February. Prime Minister Maris Kucinskis has admitted that the Baltic state has not done enough to prevent money laundering. Latvian financial officials are due to hold an emergency meeting on 26 February as the sector remains embroiled in scandal following Central Bank Governor Ilmars Rimsevics’ arrest on corruption charges the previous week. Rimsevic, who has been in his post since 2001, supposedly sought a bribe in excess of $100,000 from an unnamed bank. In the latest turn, Rimsevics’ house was also reportedly burgled. The crisis could significantly impact Latvia’s banking sector.

On 25 February, Jordan’s Prime Minister Hani Mulki reshuffled his cabinet, appointing Jafar Hassan, the chief of staff to King Abdullah II’s office to the vacant post of deputy prime minister for economic affairs. Samir Mubaidin replaced Galib Zu’bi as minister of interior. Finance minister Omar Malhas and foreign minister Ayman Safadi remain in post. The reshuffle is Mulki’s sixth since May 2016. Mulki is under increasing pressure as rising inflation, the removal of key subsidies and IMF-proposed tax increases he imposed in January have squeezed living standards. The government is unlikely to reverse its latest policies, and is not really in a strong-enough fiscal position to implement an expansion of the cash transfer system granted to the poorest to mitigate the effects of recent changes. Sporadic and localised unrest may occur in the country’s poorest cities including Salt and Ma’an.

One year after famine was declared in parts of South Sudan, the UN World Food Program is once again sounding the alarm over a looming catastrophe. UN officials have warned that aid groups must prepare for the ‘toughest year on record’, with 5.3 million people – 48 per cent of the population – already in ‘crisis’ or ‘emergency’ stages. 155,000 people are expected to enter stage five, a famine, later this year. The announcement follows the failure of negotiations between warring parties earlier in February. There is an official ceasefire in place however this has been breached countless times and violence looks set to continue for the foreseeable future. This will continue to fuel the humanitarian crisis in the war torn country and represents a monumental failure of the international community to stop what is now five years of fighting.