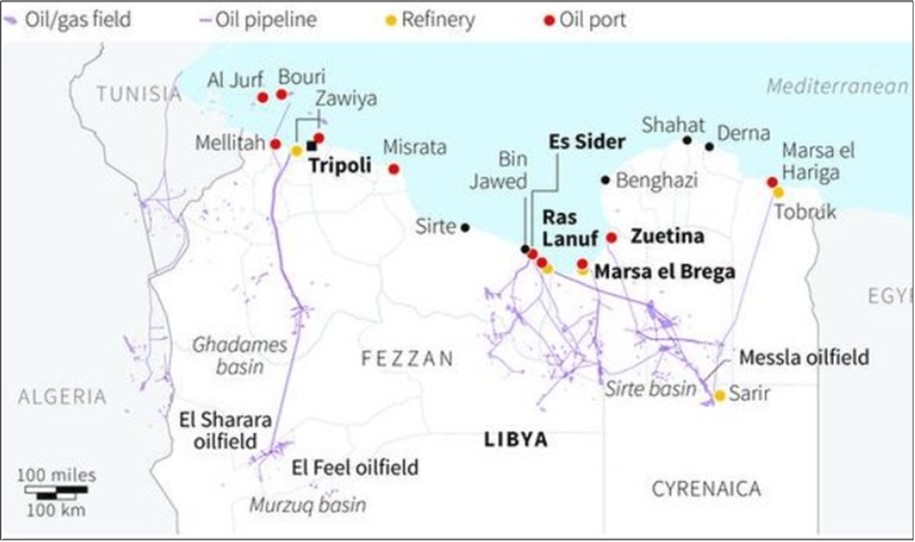 14 April came and went without Libya’s National Conference. The two-day conference dedicated to reconciliation was to be held in Ghadamis, a town on the nexus of the Tunisian, Libyan and Algerian borders, but was cancelled five days after the Libyan National Army led by General Khalifa Haftar began a military campaign against Tripoli on 4 April. It appeared as though Haftar, a loyalist to General Muammar Qadafi wanted to gain as much territory in the capital before the conference.

Now that the conference has been postponed, however, there is less time pressure and strong support for the warlord. Haftar has been biding his time since an election in 2014 sparked a civil war between rival governments, with Islamists gathered under the banner of the usurped GNC (now the Government of National Accord (GNA)) rivalling the House of Representatives. In June 2018 renewed conflict saw Haftar wrest oil infrastructure from the followers of Derna’s local warlord and head of the Derna Protection Force (DPF), Ibrahim Jadhran. The southern campaign starting on 22 January 2019 saw Haftar’s forces ‘conquer’ the town of al-Sabha and bringing Libya’s largest oil field back online after two months of occupation by armed militia. The occupation forced Libya’s National Oil Company (NOC) to declare force majeure on al-Sharara’s 315,000 bpd of oil exports. Haftar won de-facto control of the majority of the country’s oil fields and in mid-March, NOC was able to declare al-Sharara’s force majeure lifted. Thus, Haftar has the country’s north-eastern oil terminals and north-eastern and southern wells.

Thus, plotting the circle of Haftar’s conquests naturally leads back to Tripoli, the jewel in Haftar’s crown and the last step which would see him hold both oil production and oil terminal infrastructure. Indeed, on 13 April Aguila Saleh, speaker of the LNA House of Representatives announced the LNA’s intention to hold national elections after Tripoli’s ‘liberation’ – ostensibly from rebels and militants. The announcement came during a parliamentary session in Benghazi, the city where the LNA and HoR are headquartered and was accompanied by reaffirmations of LNA’s determination to eradicate militias and terrorist groups from Tripoli and the rest of the country – a slight against the GNA’s Islamist tendencies and the vacuum left by a lack of GNA control in southern provinces.

The fight for Tripoli may not be too difficult for Haftar but has proven less simple than he may have hoped, having been prevented from controlling Tripoli’s Misrata airport. However, in contrast to the GNA army under Prime Minister Fayaz al-Sarraj, Haftar’s army is strong and well-equipped. The UN envoy to Libya, Ghassan Salame has decried Haftar’s tactics, accusing him of plotting a coup against Sarraj under anti-terror auspices – while this in itself does not mean much given the battle currently underway – it underscores UN powerlessness in this situation given the LNA’s position and support base. The cancelled conference was touted to lead the country into elections later in 2019 (elections were due to occur in December 2018). As such Haftar’s legitimacy will now be demonstrated by taking control of the capital, al-Sidr and Ras Lanuf oil terminals, bringing disrupted oil exports back online and paying IOCs what they are owed by NOC, and then holding local elections. Oil companies should not expect the GNA to control Libya’s oil for much longer if the current situation continues.