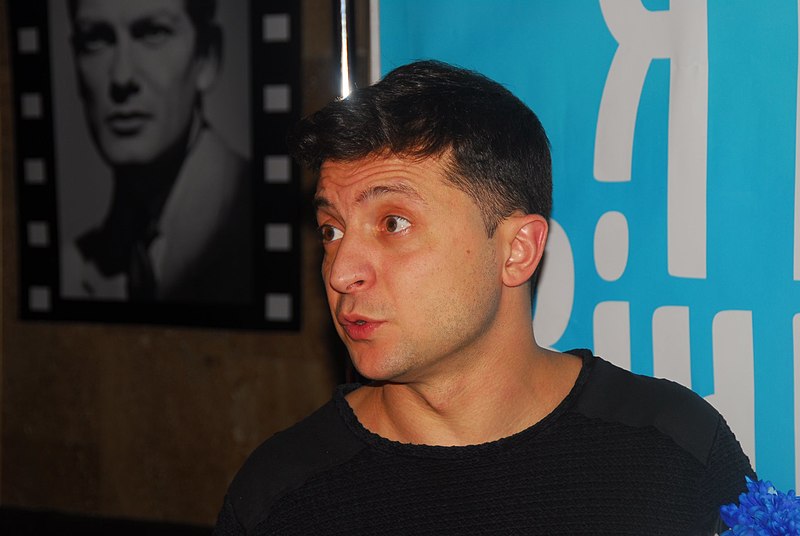 Volodymyr Zelensky’s landslide victory, with 73 per cent of votes, in Ukraine’s 21 April presidential runoff ushers in a new political era for the country, but his vague platform and the myriad challenges the country faces mean that there is now arguably more uncertainty than ever. Should he be able to harness his anti-establishment message into a platform with Western and domestic support, his government could finally see Ukraine, Europe’s poorest state, turn the corner. Alternatively, his opponents predict he will lead Ukraine back into the corrupt darkness of the Yanukovych era.

Such starkly contrasting opinions on what Zelensky’s victory means for the country come from the fact the actor and comedian had a thinly detailed political platform. His campaign was instead largely fuelled by the television show Servant of the People, in which he had portrayed a schoolteacher who unexpectedly won the country’s presidential election. The show ran on a television station owned by oligarch Ihor Kolomoisky, a number of whose advisors also joined his campaign.

Zelensky’s first test will be the handling of the ongoing trials around the 2016 nationalisation of PrivatBank, which was until then controlled by Kolomoisky but which collapsed after the central bank said almost its entire loan book was to related entities. The central bank has since spent billions of dollars recapitalising the bank and fallout from that case could also impact Ukraine’s continued ability to access IMF financing.

Although the domestic currency rose in the aftermath of Zelensky’s win, there are major concerns the country could once again default on its foreign debts. If Zelensky intervenes in Kolomoisky’s favour even indirectly, it could not only cause the IMF to suspend its financing but would also send jitters into foreign bond markets. Zelensky has criticised gas price increases mandated by the IMF as well, though he has not explicitly stated he would appeal them.

Zelensky’s agenda is likely to become clear once he names his government, although this will likely only come shortly before his inauguration, expected in early June. Another key indication will be whether he immediately moves to call snap parliamentary elections, with a vote required by the end of October, and the shape of his new party, named Servant of the People after his television show.

Just days before the vote, when it was already clear that Zelensky would win, Russia moved to increase pressure by announcing coal, petrochemical, and fuel exports to Ukraine will be banned from June. However, it is unlikely that Zelensky will be able to significantly advance negotiations on a peace settlement for ongoing clashes with Russia’s proxy separatist forces in eastern Ukraine. In the event his administration does pursue a genuine reformist agenda, the Kremlin may raise pressure further.

The election result was a resounding endorsement of Zelensky as an individual – his 73 per cent of votes was even higher than the 67 per cent his character received in his telelevision show –  but whether he can maintain support will depend on how he governs. The second season of Servant of the People, after all, sees Zelensky’s character only narrowly survive impeachment. The third season, filmed after his campaign began, relies on an act of god – the trapping of a group of coalminers underground – to finally reunite the country. Regardless of his agenda, Zelensky will, in reality as in fiction, require a heavy dose of luck to succeed.