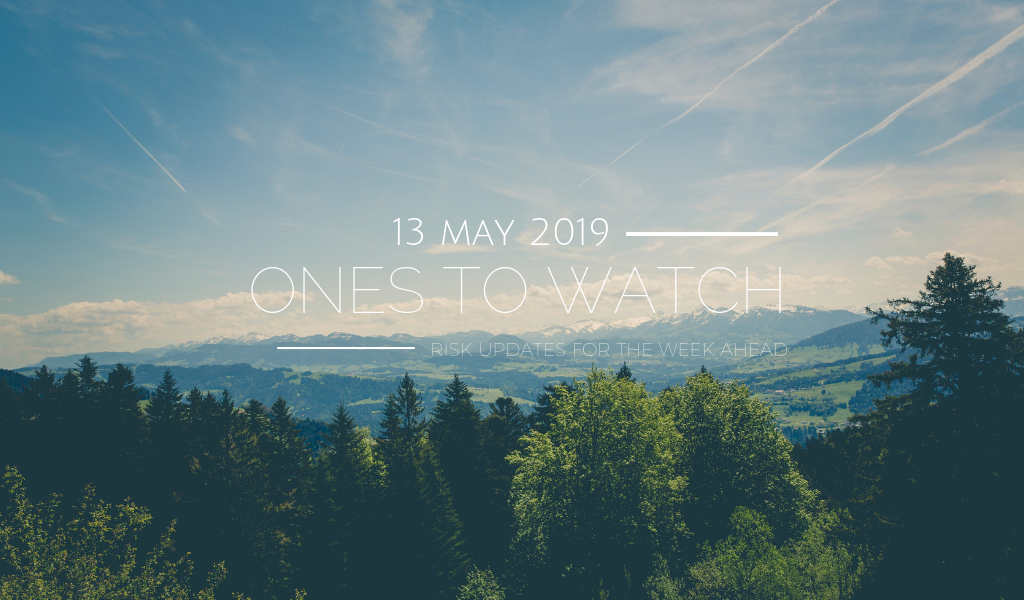 In Mexico, concerns over the role of the private sector in the oil and gas industry under leftist President Andres Manuel Lopez Obrador (AMLO) continue. On 9 May AMLO announced that state-owned oil company Pemex would be in charge of building his proposed Dos Bocas refinery in Tabasco state, adding further controversy to both Pemex’s financial future and the project itself. The move came as private companies bidding for the project presented offers that exceeded the US$8bln budget. Pemex, the world’s most indebted oil company, has not built a refinery in four decades and currently has six refineries suffering from lack of maintenance and operating at low rates. Dos Bocas is one of AMLO’s flagship projects, part of his promise to make Mexico self-sufficient in terms of refined products needs. Uncertainty over the project and AMLO’s rescue plan for Pemex will persist.

On 13 May the Philippines held mid-term elections to assign 12 of the 24 Senate seats along with some 18,000 local political posts including provincial governors. The vote is largely seen as a popularity test for President Rodrigo Duterte, who appears to have retained support despite international condemnation of his bloody war on drugs. Duterte does not currently have a majority in the Senate, which has often served to power check controversial policies, but election results could consolidate the Duterte family’s dominance over the political elite. Duterte’s senatorial candidates are campaigning for a return of the death penalty for drug traffickers and lowering the age of criminal liability to 12 years old. Opinion polls suggest only one of the 12 senate seats up for grabs will go to the opposition. Official results are expected as early as 17 May.

Belarusian President Alexander Lukashenko said that Minsk would seek compensation from Russia for the contamination of the Druzhba oil pipeline in late April, which lead to significant delays and cancellations of crude deliveries to downstream refineries in Belarus, Poland, Hungary, Slovakia, and Ukraine. A reputable independent Russian outlet said Minsk could claim as much as US$435m and that associated losses across the market may reach US$3bln. Meanwhile there is a risk that the long-simmering feud between Kyrgyzstan‘s former president Almazbek Atambayev and his successor Sooronbai Jeenbekov, Atambayev’s ex-protege, may escalate after Atambayev’s allies said one of their party head’s homes was raided by armed men on 11 and 12 May. Georgia and Azerbaijan are resuming talks about delimiting their border around the Davit Gareja Monastery in an effort to maintain their strong bilateral relations after Georgian protest groups began calling for action.

British Prime Minister Theresa May’s position is again under threat and she could be ousted by her own Conservative Party as polls show the party may finish as low as fifth during the EU parliamentary elections on 26 May. Meanwhile Labour’s Shadow Brexit Secretary Keir Starmer said that Labour would not pass a deal that did not include a second referendum as some 150 Labour MPs would refuse to vote for any deal that did not include such a vote. However, Labour Party leader Jeremy Corbyn has never made such a commitment and done all he can to avoid doing so. The far-right Brexit Party and Labour are likely to finish as the top two parties in the vote but the fate of smaller parties, including the pro-EU Change UK and Liberal Democrats, will have a major symbolic impact on the next steps as well.

The Lebanese government convenes on 13 May to prepare the long-awaited draft budget which will likely include sweeping subsidy reductions and cuts or freezes to civil service wage spending. 100 retired soldiers blockaded Central Bank entrances and Beiruti streets amid wider civil servants’ protests against spending cuts. On 10 May Beirut increased tax on interest payments from 7 to 10 per cent as part of wider IMF-backed reforms to unlock US$11bln in soft loans to prop up the buckling economy. Lebanon is suffering from crippling debt and a depressed economy and is in dire need of solid reforms. Further protests are expected as the budget is announced. Saad Hariri’s government will have a difficult time balancing economic reforms with the popular discontent that will likely arise from the austerity budget.

In South Africa, voters gave the African National Congress (ANC) another chance to redeem itself following a series of corruption scandals under former president Jacob Zuma. Nonetheless, with party support falling to a post-apartheid low of 57.5 per cent, voter turnout plummeting and support for radical parties surging, the joy was hardly unclouded. For reformist President Cyril Ramaphosa, whose personal popularity played no small part in preventing a more dramatic drop in support, the respite will be brief at best. He is now faced with the challenge of stamping out corruption, reviving South Africa’s anaemic economy, saving state-owned enterprises from bankruptcy and delivering on promises to reduce racial inequality. The growth of the radical-left Economic Freedom Fighters will not make his job any easier.