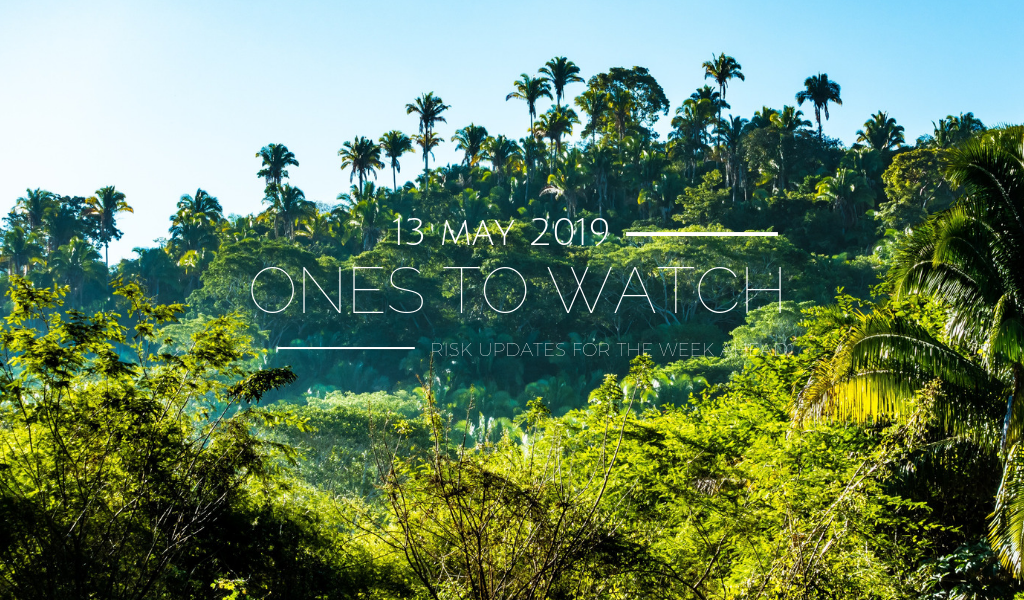 In Argentina, the government and the opposition Alternativa Federal (Federal Alternative) Peronist coalition are expected to react to former president Cristina Fernandez de Kirchner surprise move to run for the vice-presidency in the upcoming 27 October general elections. The decision will affect the overall electoral landscape ahead of the vote, and can be seen as an attempt to attract the support of moderate Peronists currently backing Alternativa Federal, which was created to depart from Fernandez de Kirchner’s radical leftist and populist approach. She stated that former cabinet chief Alberto Fernandez, who also held that position under her late husband former president Nestor Kirchner, would lead the ticket. The decision was unexpected, as there were strong signs she would run for president. Peronists, however, will remain divided and present two candidates to face incumbent Mauricio Macri in a highly contested vote.

Asia-Pacific: Political violence and terrorism risk in Indonesia ahead of election results on 22 May

In Indonesia, the General Election Commission (KPU) is expected to announce the final results of the 17 April legislative and presidential elections on 22 May. Prabowo Subianto is expected to lose the presidential race against incumbent Joko ‘Jokowi’ Widodo, but the opposition candidate has said he will reject the results amid allegations of widespread electoral fraud. As many as 65,000 pro-Subianto supporters could take to the streets on 21 and 22 May. Groups supporting Jokowi are also expected to gather for the announcement, increasing the risk of clashes. Meanwhile, counterterrorism forces continue to foil terrorist plots targeting large rallies. 32 suspects have been arrested since the beginning of May. While most are linked to Jamaah Ansharut Daulah (JAD), some of the cells were reportedly operating independently of each other, increasing the possibility that some terrorist plots are yet to be uncovered.

In Ukraine, Volodymyr Zelensky was inaugurated as president on 20 May. Zelensky faces a host of challenges, including the return of oligarch Ihor Kolomoisky, who some call Zelensky’s benefactor, after more than three years of self-imposed exile. Kolomoisky is demanding that Privat Bank, nationalised in 2016 at a cost of some US$6bln, be returned to him. Doing so would endanger IMF funding. Zelensky also faces growing tensions with the US given his backing for investigations linked to the Trump presidency, as well as from Russia given the ongoing war in eastern Ukraine, which shows no signs of letting up. Additionally, parliamentary machinations on 17 May mean that he will face challenges in attempting to call a snap parliamentary election. If he is unable to do so, officials loyal to ex-president Petro Poroshenko will run much of the government until at least October.

Europe: More leaks could follow that which presaged collapse of Austrian government

Austria’s coalition government saw one of the most remarkable collapses in modern European political history on 18 May when Chancellor Sebastian Kurz called snap elections just hours after his Vice-Chancellor, Heinz-Christian Strache of the far-right Freedom Party, resigned. The previous evening German media released video showing Strache soliciting bribes from a woman purporting to be the niece of a Russian oligarch. Strache made a series of scandalous comments on the video, recorded at an Ibiza finca, as well. On 20 May the German comedian who had teased the video’s release, and whom Strache blamed although the identity of those who recorded the footage has not been revealed, hinted further revelations may be forthcoming.

Saudi Arabia’s King Salman called an extraordinary emergency meeting of Gulf Cooperation Council and Arab League member states on 30 May to discuss security in the Arabian Gulf. The meeting follows a drone attack on two oil pumping stations in Yanbu province on 14 May. Local media also reported two ballistic missiles were shot from Yemen aimed for Jeddah and Meccah, which were intercepted over Taif. Four ships, including two Saudi tankers were also sabotaged off the coast of Fujairah on 13 May. All attacks symbolise an increase in Huthi capabilities and tactical escalation. Attacks have been attributed to Iran or Huthi proxies. Such a meeting may preempt further strikes on Huthi positions in Yemen and increased military presence in strategic locations such as the Red Sea Bab al-Mandab Straits and the Gulf Straits of Hormuz.

The leading presidential candidates wrapped up their campaigns ahead of Malawi’s 21 May presidential, parliamentary and local elections. Incumbent Peter Mutharika, who is seeking re-election for a second term, will face his former vice-president Saulos Chilima and opposition leader Lazarus Chakwera in a vote largely focused on the economy and the fight against corruption. Under Mutharika, Malawi’s economy has slowly recovered from an economic downturn caused by the withdrawal of donors and investors following the 2013 “Cashgate” graft scandal under former president Joyce Banda. Mutharika’s opponents allege that he has done little to tackle corruption and economic growth has been insufficient to generate much-needed jobs. Although a 2018 poll projected a narrow win for Mutharika, the race is thought to too close to call.