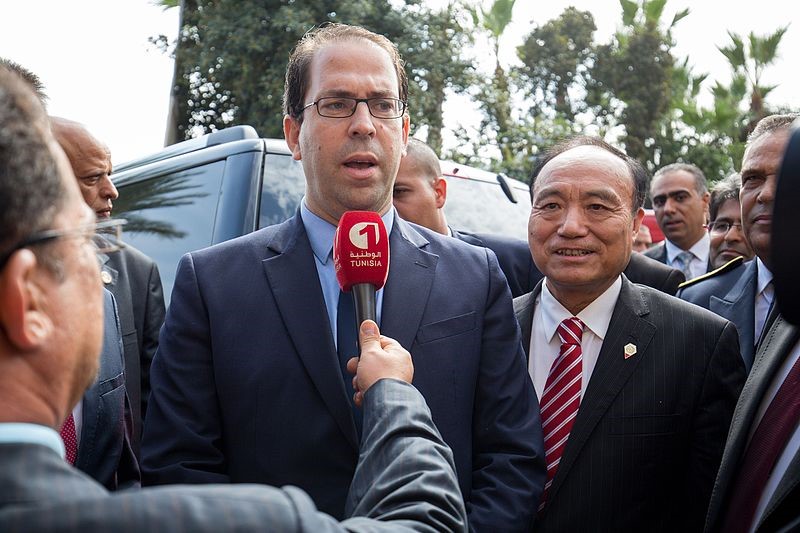 The new kid on Tunisia’s fractious political block has elected an unsurprising new leader. Tahya Tunis, a splinter party of officials who defected from the ruling Nidaa Tunis party, elected current Prime Minister Yussif Chahed as party head on 2 June. The party was founded in January 2019 amid tumult in Nidaa. Chahed’s election at Tahya’s head confirms speculation he will be a candidate in the upcoming presidential elections, in which he will be a strong contender. President Muhammad al-Baji Qa’id Essibsi, who is 92 years old, announced that he would not run in November 2019 elections. However, his son however most likely will be a candidate. The elections therefore will demonstrate quite how “free and fair” Tunisian politics have become since the ousting of long-time president Zine al-Abidine Ben Ali.

President Essibsi has been part of the political elite since 941, but only rose to prominence after Ben Ali’s fall during the widespread protests of 2011. Ennahda led by Rached Gahnnouchi, won constituent assembly elections in 2011 but the ensuing three-party government made little progress in addressing Tunisia’s entrenched issues. Thus when Essebsi established Nidaa, Tunisians were ready for a change. Essebsi won a plurality of seats in October 2014’s elections but politics has been fractious since – the country has seen nine cabinet iterations, further economic stagnation and rising militancy. Unemployment, a main complaint in 2011 revolutions has increased from 23 per cent in 2010 to 30 per cent in 2018.

The fracturing of Nidaa worries domestic and international supporters alike, as it risks splitting the secular vote. Ennahda, previously the only genuine opposition party, is a centre-right moderate Islamist party and will be a strong contender in 2019’s elections. Founded in 1981 Ennahda won roughly 28 per cent of the vote in 2014, subsequently joining a a coalition government led by Nidaa. Their Islamist proclivities however, lead them to be branded as rabble rousers and terrorist sympathisers. Regardless of veracity, such rhetoric is commonly used by other parties to scare foreign investors and secular voters. No doubt the mere mention of an electoral win by a party fashioned on the Muslim Brotherhood would evaporate aid from Saudi Arabia and the United States alike.

The ennui felt by Tunisians may be replaced by a new hope in Tahya Tunis – (Long Live Tunisia). The party’s electoral promises include much-needed economic reform and a non-hierarchal government aimed at dismantling inherent structures of crony capitalism. Tahya Tunis’ positioning may appeal to those who felt they had no options other than the nepotistic Nidaa and the Islamist centre-right Ennahda.

Chahed now walks a fine line. He has remained prime minister with Ennahda’s support since splitting from Nidaa over a row with the president’s son Hafedh Qa’id Essebsi. Chahed must keep Ennahda onside in the electoral race. Once he formalises his candidacy officially, he will likely lose Ennahda’s support to remain prime minister in the interim. Simultaneously he must distance himself from Ennahda to garner the secular vote and win a simple majority. Chahed will thus likely confirm his candidacy at the last possible moment – 3 September – so as to mitigate political fall-out in the interim. This challenge is only a precursor to the daunting difficulty of balancing election promises with commitments to international lenders. He must also maintain Tunisia’s relative security caught between Libya and Algeria.