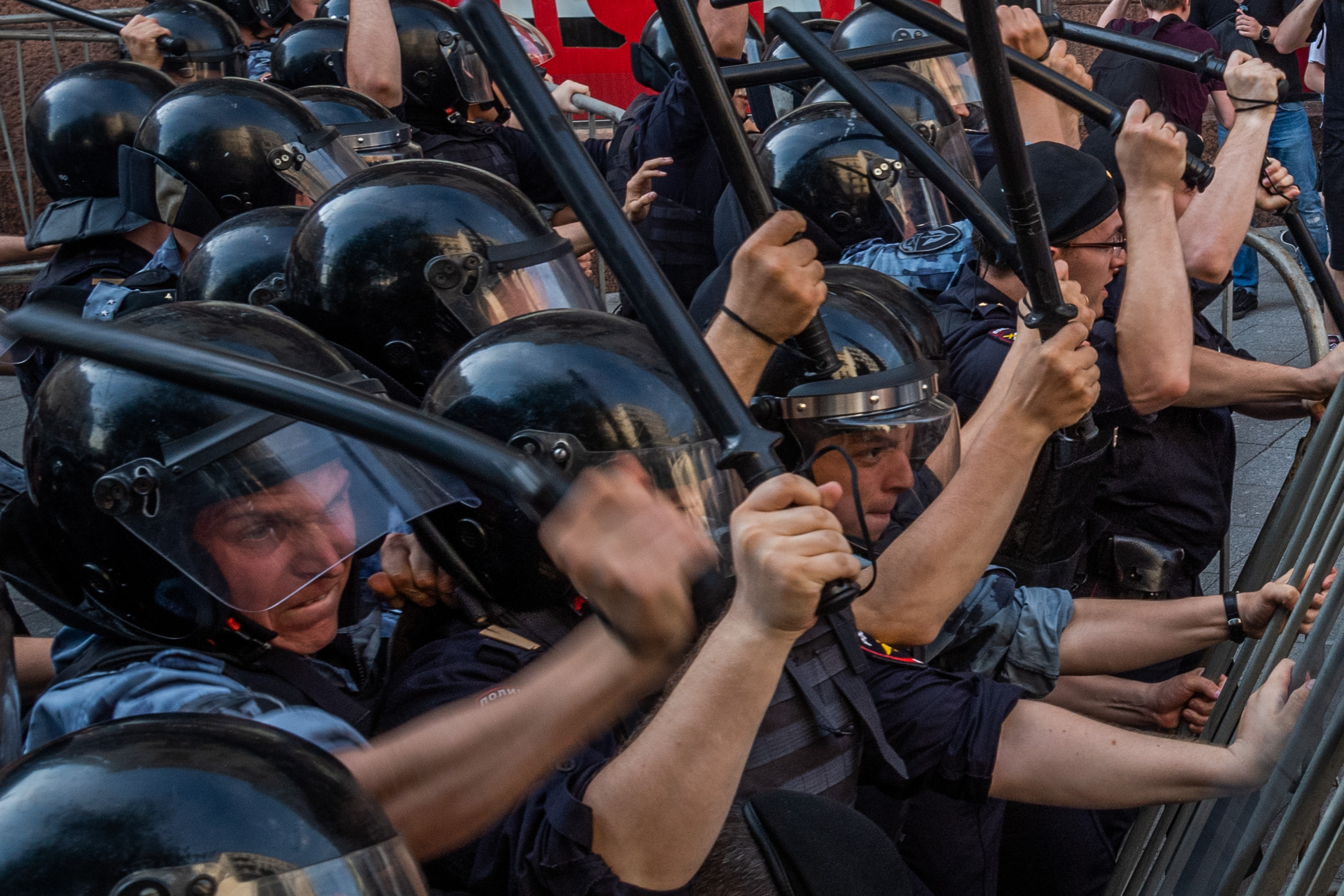 As Moscow’s summer of 2018 is remembered for the exuberant FIFA World Cup festivities that lit up the capital, the summer of 2019 will be remembered as the ‘summer of rage’ due to the largest protests the city has seen since 2011, and the violent force the authorities used to crack down on them.

The Central Election Commission’s decision to disqualify opposition candidates from the 8 September Moscow city council elections sparked four continuous weekends of protest. The unrest was met by a heavy crackdown from the police and thousands of detentions since 27 July, sparking international condemnation. While this emboldened movement of civil unrest will not directly threaten the Kremlin, its response underlines the regime’s fears, and sheds light on the state’s use of political violence.

Protesters in Russia have had moderate success in the past year. Moscow’s U-turn on pension reforms in August 2018, the reversal over plans for a new church in Yekaterinburg, and the release of journalist Ivan Golunov following protests over his framing in June 2019 all highlight a renewed willingness to protest in the country. The crackdown on protesters in Moscow in recent weeks is likely to reverse any image that the Kremlin is going soft on the population’s protest drive.

Furthermore, there is a distinction made by the elite on protests. Rallying over single issues is unlikely to illicit a response by the authorities, but complete opposition to the regime will prompt authorities to respond with force. As such, single issue mass protests are unlikely to fizzle out, while a precedent for disproportionate use of force has been set for mass anti-regime sentiment. Police have not used smoke or guns to crackdown on unrest, and this is unlikely to change.

To accompany police on the streets, state media has also argued that foreign elements have instigated the protests and that the admittedly young and financially stable majority of protesters are victims of foreign propaganda looking to destabilise society. The city council’s decision to no longer authorise protests on this issue further creates a legal precedent for detentions and the use of force, and for protesters to be labelled as criminals.

Lessons must be learnt, and the episode highlights mismanagement from Moscow’s political elite, as registering opposition candidates and engineering their loss would have proved a more discreet method of dealing with them. The extent to which the authorities are growing desperate is illustrated by a hastily arranged kebab festival during the protest days, with a free music and food festival planned to take place alongside, most probably, another protest next weekend.

But further unrest is likely to result in further crackdowns as well as festivals. Sergey Sobyanin, Mayor of Moscow and speculated to be a potential candidate to succeed Putin in 2024 needs to maintain a strong image against dissent and has undoubtedly lost political and popularity points for letting the protests escalate. With rumours that the security services instigated violence in the protests in order to discredit Sobyanin, he is unlikely to let any further demonstrations reach such heights again.

Sobyanin’s resolve will likely be put into practice, as the renewed energy amongst Russian protesters will test him and the rest of the country’s elite further as the population begin to consider the future of their current political system.