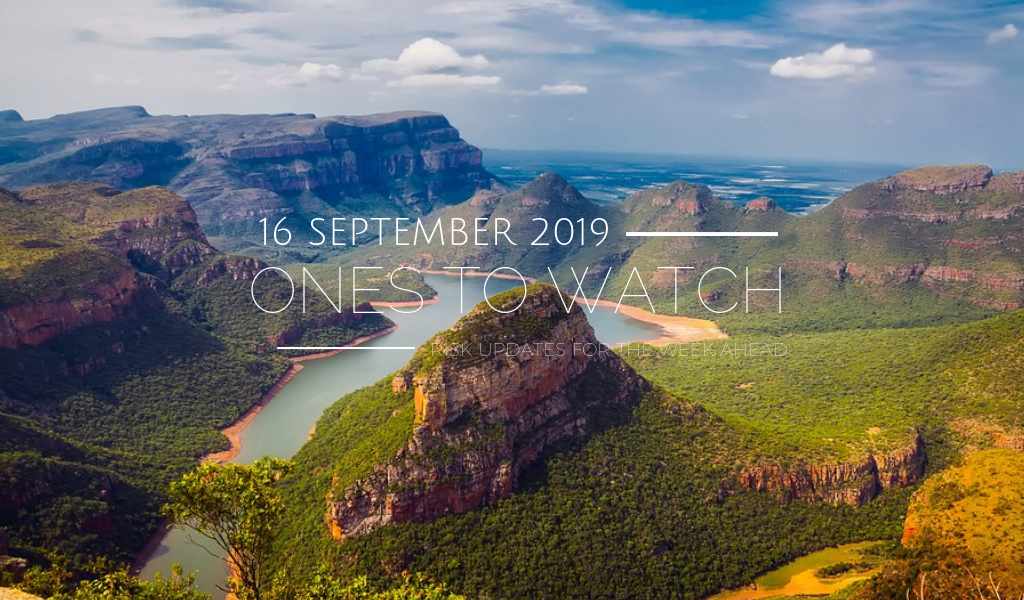 Americas: Three-month long protests against Tia Maria copper mine could intensify in Peru

In Peru, disruptive protests against Southern Copper’s controversial Tia Maria copper mine project in Arequipa region could intensify over the coming days. Demonstrations against the currently suspended project have been ongoing since mid-July and are expected to continue at least until the government issues a decision over the project’s license, which was granted and then suspended following the fresh wave of unrest. The decision is expected by end-October. Three months of protests have led to violent clashes, disruptive blockades, dozens of arrests and suspension of classes across Islay province. El Frente de Lucha del Valle de Tambo organisation has called for a regional macro strike to begin on 16 September in Arequipa and around 10,000 unionised civil construction workers are expected to join. The risk of severe disruption and of violent clashes with the security forces will remain high.

Indonesia has brought forward a ban on the export of raw nickel ore starting 1 January 2020, two years earlier than planned. The move aims to lock in supplies for dozens of domestic smelters that are under construction and churn-out higher-value products, like batteries for electric vehicles. The government implemented an ore export ban in 2014 only to reverse course and relax it in 2017, when the government said companies would have five years to prepare. The move to implement the ban ahead of schedule reinforces existing concerns over policy uncertainty and the poor mining operating environment in Indonesia. The country has been at the forefront of efforts in emerging markets to take back control over local commodity riches. The shift has been endorsed by President Joko ‘Jokowi’ Widodo, who is about to embark on a second and final five-year term.

A leading Russian business paper, citing a source within the government, claimed that Moscow and Belarus are set to pursue greater economic integration by unifying their tax and civil codes code and foreign trade regime by 2020. The plans reportedly include a draft document intending to further the integration between the two countries that are already in the supranational Union State. But whilst Russia will keep pushing for increased economic integration, there continues to be great political mistrust between the two governments and political integration remains unlikely, while Belarus is likely to put up some resistance to the economic integration plans. Elsewhere, negotiations between Ukraine and the IMF are underway in Kiev with a US$5bln programme expected to be agreed early next week. However, President Zelensky’s relationship with oligarch Ihor Kolomoisky could endanger any such deal.

Europe: Belgian investigation may have fallout locally and for EU commission

Belgian media reported that public prosecutors launched a corruption probe into Foreign Minister Didier Reynders after a secret service agent allegedly blew the whistle to police on bribes paid to contracts around the building of Belgian embassies. Reynders has been proposed by incoming EU Commission president as the EU’s new justice commissioner, after eight years in his present post. Reynders is also representing his party, the francophone Reformist Movement (MR), in government coalition talks, which have proven extremely difficult due to the rise of the Flemish nationalist right. As with predecessors, the European commission’s makeup will likely be renegotiated slightly before taking office in November. The same day as the Belgian reports, Czech prosecutors dropped a corruption probe into Prime Minister Andrej Babis, which will likely trigger protests but will help keep his government in power as charges could have seen his coalition collapse.

On 14 September several drone-fired projectiles hit Saudi Aramco oil processing facilities Abqaiq – the world’s largest oil processing facility – and Khurais shortly after 04:00 causing fires and massive damage. Saudi’s output may be halved but the US has authorised the release of strategic reserves. The attack was claimed by Yemen’s Huthis which would be the longest-range successful Huthi attack on Saudi soil. The White House said they believe the perpetrators to be Iran or Iranian proxies in Iraq indicating that military action may be taken. Elsewhere 35 percent of eligible Tunisians voted for a new president; with results expected on 17 September to be very close. Israelis also return to vote for the second time in 2019. Final polls indicate that incumbent Prime Minister Benjamin Netanyahu is one or two seats off having a majority coalition.

Zambia’s President Edgar Lungu said he would go ahead with proposed constitutional reforms despite heavy criticism from government institutions and civil rights groups. The planned amendments would reduce parliamentary oversight, including over cabinet appointments and public debt contraction, and could make it easier for the government to remove recalcitrant judges. There is increasing concern over democratic backsliding in Zambia – once a poster child of political stability in Southern Africa – since main opposition leader Hichilema Haikande was temporarily arrested on treason charges in 2017. An injunction against the constitutional amendment bill filed by the Law Association of Zambia was due to be heard on 16 September. The Constitutional Court could strike down some of the bill’s more radical provisions, although it is unlikely to block it altogether.