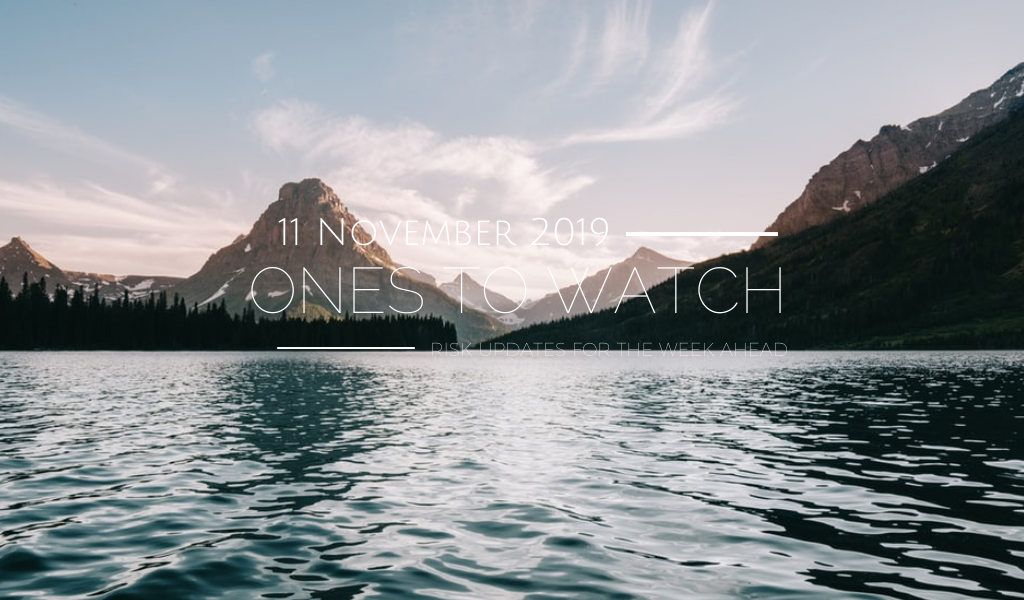 In Bolivia, instability risks will remain heightened at least until new elections are scheduled following Evo Morales’s decision to step down from the presidency on 10 November. Hours prior to the announcement the Organization of American States had recommended new elections be held after finding wide-scale data manipulation in the 20 October general elections in which Morales controversially secured a third consecutive re-election. Morales stated that fresh elections would be scheduled, but the armed forces urged him to step down. Vice-president Alvaro Garcia Linera and the president of the Senate and the Lower House also stepped down, adding uncertainty as to who will assume the presidency until new elections are held. Violent protests featuring clashes between pro- and anti-Morales activists are expected to continue, with the potential for the armed forces to intervene at least over the coming days.

Asia-Pacific: Violence escalates in Hong Kong as one person shot, another set alight

Hong Kong saw a dramatic escalation of violence on 11 November as one person was shot by a police officer during a clash between anti-government protesters and police in Sai Wan Ho while a pro-Beijing supporter was set alight by a protester outside the Ma On Shan Plaza. The escalation followed a weekend of widespread protests after the death of university student Chow Tsz-lok on 8 November, who fell from a carpark in Tseung Kwan O on 4 November during a clash between protesters and police. In a televised address Chief Executive Carrie Lam responded to the latest violence by denouncing anti-government protesters as the “people’s enemy.” The incidents are likely to exacerbate tensions. There is a high risk of further riots, acts of vandalism, violent clashes and attacks on pro-Beijing figures and anti-government activists across the territory.

On 9 November Ukraine’s armed forces and Russian-backed separatists began their withdrawal from the Petrivske area. The withdrawal was supposed to commence in early October, but repeated attempts at disengagement have been thwarted, with each side blaming the other. Disengagement is required in both Petrivske and Zolotoe as a prerequisite for German and French-mediated talks between Kiev and Moscow over a peace plan for the Donbas. Should withdrawal be delayed further, both sides risk suspending any disengagement until 2020 due to the winter making such withdrawal difficult. There is a risk of protests in Kiev orchestrated by more hawkish political opponents to President Zelensky if the withdrawal is equated to capitulation to Moscow. A peace summit could take place in early December. Given the repeated delayals, any agreed peace plan could collapse at short notice.

Spanish voters again returned a hung parliament on 10 November, less than seven months after the last national election. The snap vote was prompted by Socialist (PSOE) leader Pedro Sanchez’s inability to form a coalition with the far-left Podemos and both parties lost votes in the election, meaning they would need the support of regional parties to form a government, a very difficult prospect given the tensions over Catalonia. A grand coalition between PSOE and the centre-right Popular Party may be considered but only after weeks in which the pair exhaust all other options given their traditional hostility to one another. Meanwhile, the Brexit party announced it would only contest seats held by parties other than the Conservatives in the UK’s 12 December election, which is likely to help Prime Minister Boris Johnson win a majority, although significant turbulence is still expected.

Tunisia’s new parliament plans to meet on 13 November under newcomer and novice politician Kais Sa’id. Islamist party Ennahda named Rached Ghannouchi their founder and long-time leader as candidate for speaker of parliament and will also seek to name a prime minister, a move opposed by coalition partners as Ennahda does not have economically adept ministers who will be able to tackle Tunisia’s economic issues. Protesters in Lebanon are set to continue with peaceful disruption targeting state-owned entities which will likely see the country’s economic crisis deepen. The potential for political progress remains limited. Furthermore, uncertainty may trigger bouts of sporadic violence or protests after Jordan officially re-took possession of enclaves of al-Baqurah and al-Ghumar, annexed land leased to Israel in 1994 after Amman in November 2018 gave a year’s notice of the termination.

The death toll for 6 November attack on SEMAFO gold mine workers in Burkina Faso, in which 37 people were initially reported killed and 60 injured, is expected to be revised upwards much further. The government is yet to confirm the death toll. A five-bus convoy and military escort transporting Congolese miners of Canada-based SEMAFO between SEMAFO’s Fada and Boungou mine sites was hit when an explosive detonated under one of the vehicles and gunmen fired upon the convoy for one hour. No group has claimed responsibility for the attack, although Islamic State (IS) and al-Qaeda linked militants are active in the area. The attack was the deadliest in five years and the revised death toll indicates that the attack is of higher sophistication and magnitude that initially expected. Further such attacks may occur.