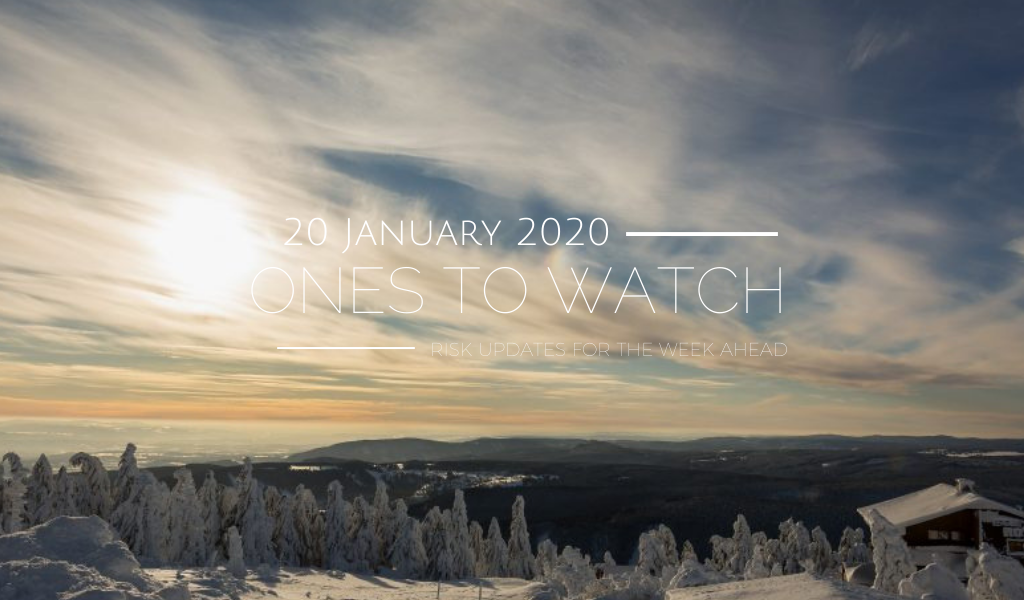 In Peru, legislative elections will take place on 26 January after nearly four months of political turmoil following President Martin Vizcarra’s decision to dissolve the opposition-controlled unicameral Congress on 30 September. On 14 January the Constitutional Court ruled that Vizcarra’s decision was legal, clearing the way for the vote to elect all 130 lawmakers. Vizcarra dissolved Congress amid a protracted showdown with opposition lawmakers who obstructed policy making and anti-corruption reforms. While the opposition requested the Constitutional Court to rule on whether Vizcarra had exceeded his powers, Vizcarra’s move received strong popular and armed forces support. The latest polls suggest that the centre-right Popular Action party remains the frontrunner, followed by the right-wing Popular Force party of opposition leader Keiko Fujimori, although around half of the electorate still remains undecided. Further legislative deadlock and associated instability cannot be ruled out.

Protests continued in Hong Kong SAR over the weekend. Tens of thousands rallied in Central to demand universal suffrage ahead of legislative elections in September and to urge the international community to impose sanctions on the local government if their demands were ignored. The rally descended into violence when police attempted to shut it down following skirmishes between protesters and plain-clothes policemen. Protesters barricaded roads, dug up bricks and hurled petrol bombs. Police responded with pepper spray and tear gas. Pro-democracy protesters have demonstrated multiple times to demand universal suffrage, returning to a familiar pattern of weekend unrest. While disruption, clashes and acts of targeted vandalism will continue to take place regularly in hotspots such as Central and Mong Kok, the high-intensity tensions that froze the city to a standstill back in the fall of 2019 have eased.

After an eventful week in Russian politics which saw Mikhail Mishustin replace Dmitri Medvedev as prime minister, the resignation of the entire government and President Vladimir Putin’s proposals to shift powers from the presidency to other state bodies – the first of what will likely be multiple reshuffle changes – state media reported that Igor Krasnov was promoted from deputy head of the Investigate Committee to Prosecutor General, replacing Yuri Chaika. Krasnov’s promotion could boost the position of the Investigative Committee’s head, Aleskandr Bastrykin, long a major player amongst the ‘siloviki’ or representatives of security agencies. Chika losing his post will lead to speculation the Kremlin is clearing out clearly-corrupt officials but this is doubtful. Further changes are expected as are details on Putin’s proposals which will see him maintain power beyond his two-term presidential limit in 2024.

On 19 January  more than 40,000 Italians demonstrated on Bologna’s Piazza Otto Agosto to protest the rise of the far-right, in particular the Lega party and its leader Matteo Salvini. Bologna is the capital of Emilia-Romagna, where elections are due to be held on 26 January. If Salvini leads his Lega party to victory in the region, long a bastion of the left and centre-left, it could precipitate the collapse of the tenuous national coalition between the anti-establishment populist Five Star Movement and the centre-left Democratic Party. There is also an increased risk of political instability in both Malta and Slovakia over the coming weeks as both are witnessing scandals over the murder of journalists that could result in further negative revelations for their ruling parties, respectively the Labour Party in Malta and Smer-SD in Slovakia.

The fate of the US$10bln, 15-year deal struck in 2016 to import gas from Israel’s Leviathan gas field is again in question after Jordan’s parliament approved a draft bill for referral to cabinet to ban the deal amid mass protests against it. The deal has faced repeated opposition, yet the energy security it provides Jordan may offset its chronic debt and budget issues. Thus, it is unlikely to be banned outright. In Lebanon, clashes could escalate as prime minister-designate Hassan Diab’s announcement of his cabinet was once again delayed on 17 January. Further delays, shocks or issues due to critical FX shortages or government stagnation may trigger increased violence. As a 19 January conference held in Berlin yielded little progress, Libyan National Army forces blockaded several National Oil Corporation production facilities to cut off exports and escalation is expected.

In The Gambia, thousands demonstrated on the outskirts of Banjul on 16 January demanding former president Yahya Jammeh’s return from exile. Jammeh, who ruled the country for 22-years, was forced to leave the country in January 2017 under pressure by ECOWAS troops after he refused to step down following his defeat in the 2016 presidential election. Days before the rally, Jammeh was heard in an audio recording insisting the government guarantee his return. The government has stated that Jammeh can return as a citizen but will not be allowed to run for president as he stands accused of multiple human rights abuses. Political instability has risen since President Adama Barrow reneged on his promise to step down after three years in power on 19 January 2020 and formed his own party, sparking wide-scale protests. Violent unrest remains a high risk