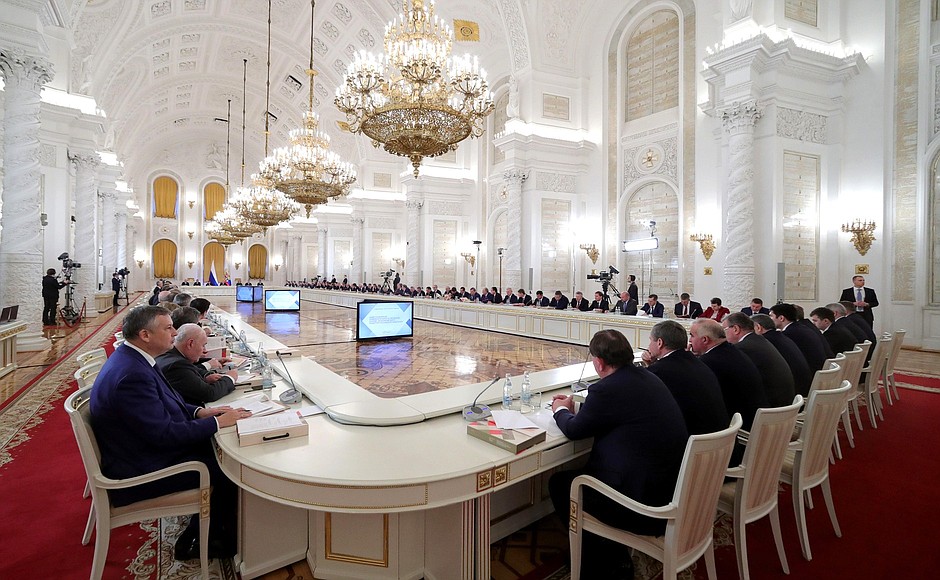 Russia: Much ado about Moscow

Since 15 January Russia has experienced a tumultuous series of political events including President Vladimir Putin’s proposal of major constitutional changes, the subsequent replacement of prime minister Dmitry Medvedev with the relatively unknown Mikhail Mishustin and the reshuffling of government ministries. These developments have prompted rampant speculation on the Kremlin’s plans. However, while on the surface the changes appear magnitudinous, they are little more than a reshuffling of the poles undermining Putin’s continued centrality and dominance over the system.

The constitutional proposals do not directly increase Putin‘s powers, but appear to be designed to enable future decision making to remain in his hands rather than in those of any potential successor after the current term ends in 2024. Firstly, the constitutional changes will ban those who have lived abroad to run for president, thereby hindering most major Kremlin critics from taking part in the future presidential race. Secondly, the powers of the formerly shallow State Council will be increased and recognised in the constitution. Putin already holds this post and is likely to maintain it after 2024, a situation similar to Nursultan Nazarbayev’s recent power transition in Kazakhstan.

As for the changes underneath, Prime Minister Mishustin has proven himself as a capable technocrat during his decade as head of the tax service, a stark contrast to the publicly unpopular Medvedev who is now vice president of the state council. Medvedev’s new post keeps him close to Putin, but whether it holds importance remains to be seen. Despite leaving the ministers responsible for security and foreign policy untouched, the reshuffle saw the replacement of half of Medvedev’s cabinet, namely the ministries focusing on domestic and social areas. This gives the impression that the Kremlin is turning its eye to domestic affairs amid a fall in Putin’s popularity ratings. The removal of fresh-thinking Maxim Oreshkin as Minister of Economic Development to become an advisor to Putin was a fortunate fate compared to that of former general prosecutor – and overtly corrupt – Yuria Chaika, who was given the undesirable position of presidential envoy to the North Caucasus. Nevertheless, the most significant ministers largely remained in place, which should limit the risk of elite infighting ahead of the 2024 transition.

For now, Mishustin’s only-very-slightly-younger cabinet will be expected to deliver Putin’s ambitious US$416bln ‘national projects’ investment programme aimed at boosting growth back up to above 3 per cent. Medvedev’s cabinet was criticised for not achieving this, and Mishustin’s new ministers were likely chosen to delivery this goal as well as to smoothen any potential upcoming transition. The list of 29 constitutional changes was rapidly written up and has already begun passage through the Duma before an expected national referendum. While anti-corruption campaigners have already begun to attack ministers, particularly Mishustin as his family is already accused of having murky connections to a community of mansions.

Although it seems that Putin’s time as president will soon be up, the means by which he will maintain his position as the key decision-maker appear to have been laid out by the latest reforms. The cabinet reshuffle indicates the Kremlin believes that the reforms will sail through if it can just restart growth after nearly seven years without it. With the Central Bank and National Wealth Fund having had built up a sizeable war chest, the focus on megaproject investment is expected to quickly get underway.