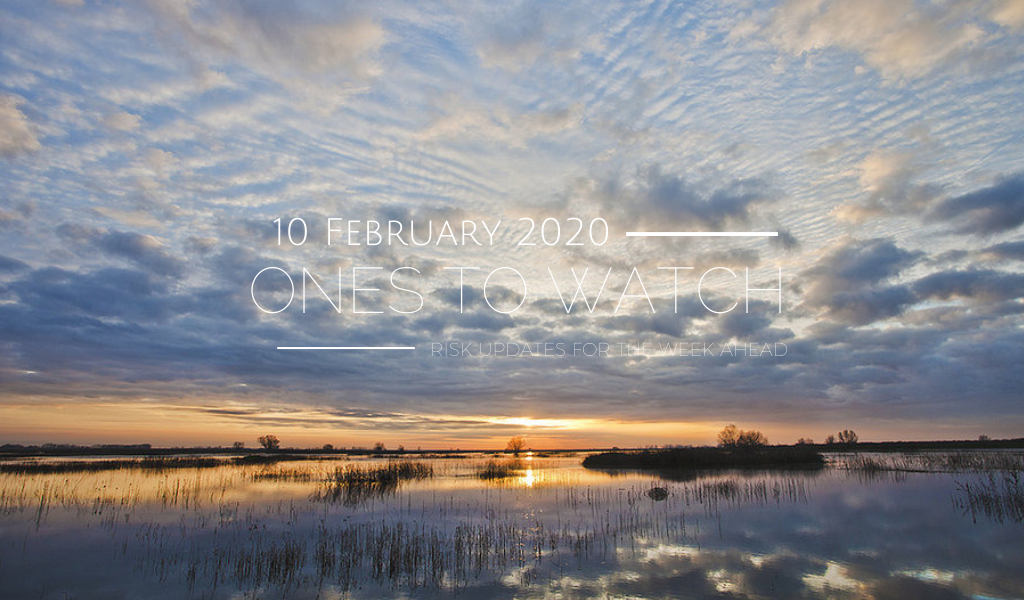 In El Salvador, on 7 February President Nayib Bukele gave the Legislative Assembly (LA) a one-week ultimatum to approve the government’s plan to tackle crime, which included a US$109m multilateral loan to equip the security forces. The statement was made as tension spiked after Bukele entered the Legislative Assembly escorted by armed security forces to hold an extraordinary session he had called to force the unicameral body to approve the plan. Only a few lawmakers responded to Bukele’s call, while thousands of his supporters gathered outside the building. On 7 February Bukele stated that Salvadorans would have the right to insurrection should the LA continue to delay the plan’s approval. Bukele’s decision to briefly occupy the LA was labelled by the opposition as a ‘self-coup process’.  The tense situation could evolve into a constitutional crisis with associated risks of unrest.

On 6 February China’s largest LNG importer CNOOC declared force majeure on LNG contracts due to the coronavirus outbreak, which is constraining the company from receiving fuel deliveries. Shell and Total have rejected CNOOC’s claims, meaning the spat will almost certainly lead to a legal dispute, and others may follow suit. Travel restrictions are still preventing millions of workers from returning to work today and factories expected only partial production restarts. This has given rise to concerns about more Chinese LNG importers reneging on supply contracts. The outbreak has also come as a significant blow to refineries, which had stocked up in anticipation of the expected Chinese New Year demand spike. The coronavirus outbreak’s impact on the oil and gas market is expected to worsen in the coming weeks as economic activity in key manufacturing hubs struggles to rebound.

Following talks with Moscow, Belarus is set to lose out on its once favourable energy-supply terms. A senior Russian official announced it will have to pay for oil at global market prices going forward Belarus will also not be exempted from changes in Russian taxes that will see oil taxed at the point of extraction rather than the point of export, to which Minsk was previously exempt. Minsk will continue to receive natural gas at 2019 prices, however. In Kazakhstan, rare violent civil unrest was reported in a village cluster near the border with Kyrgyzstan in Jambyl province over the weekend of 7-9 February, resulting in ten deaths and forcing over 1000 people to flee to Kyrgyzstan. The clashes between ethnic Kazakhs and Dungans of Chinese origin will likely see the area heavily securitised. The Kyrgyz-Kazakh border may also be affected.

The results of Ireland’s 8 February election, in which the leftist pro-reunification Sinn Fein party received the most first preference votes, with 24.9 per cent, have left Dublin facing difficult negotiations. The second and third place Fianna Fail and Fine Gael parties won 22.2 and 20.9 percent respectively, and have long opposed considering any government with Sinn Fein but the former has now said it will consider doing so, while Fine Gael’s incumbent Prime Minister Leo Varadkar remains categorically opposed. A Fianna Fail-Fine Gael tie-up is the most likely outcome but even new elections are possible. Germany’s ruling Christian Democrat (CDU) – Social Democrat coalition is set to face new strains after Annegret Kramp-Karrenbauer announced she would resign on 10 February, triggering a new leadership election that may drag the CDU to the right.

Turkey increased pressure on the Syrian regime to halt its offensive, as Ankara matched its threats to intervene militarily by reinforcing 12 observation posts in Idlib. As conflict intensifies, Assad will likely call Ankara’s bluff as regime forces continue to advance. Further UN-brokered talks on Libya are expected after negotiations between the Libyan National Army (LNA) and the Government of National Accord (GNA) failed to achieve a ceasefire. However, the LNA, the GNA, and their respective backers will likely use the pause in negotiations to launch attacks on urban targets. In Iraq, influential Shi’ah cleric Muqtada al-Sadr continues to fluctuate in his political rhetoric and support for protests. al-Sadr supports Prime Minister-designate Muhammad Allawi but threatened to overthrow Allawi within three days if prominent politicians are included in Allawi’s government. al-Sadr’s inconsistent messages to his supporters may further destabilise security.

Sub-Saharan Africa: Kenya and the US initiate bilateral trade agreement

On 6 February, Kenyan President Uhuru Kenyatta and US President Donald Trump announced they would initiate talks on a new bilateral trade agreement. The deal, which is likely to require months of negotiations, would be the first trade pact with a Sub-Saharan African country and is expected to receive broad bipartisan support. However, the agreement requires congressional approval. The deal is expected to conclude in 2022, before the expiry of the US Africa Growth and Opportunity Act in 2025 that allows African countries to send goods to the US duty free. The agreement could provide a model for trade deals with the US and other African countries. The agreement could also initiate efforts to counter China’s growing influence in Africa that has been dominated by infrastructural investment. A successful deal will increase Kenyan exports and attract international investors.