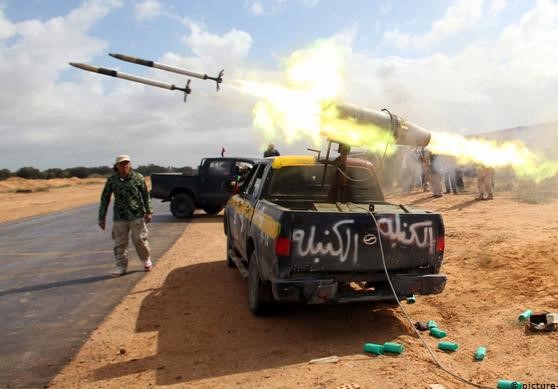 Clashes between the United Nations(UN)-recognised Government of National Accord (GNA) and the Libyan National Army (LNA) have been notably quiet since forces loyal to the GNA wrested Tripoli International Airport from the LNA on 3 June. With this the LNA lost a key launching point for Tripoli operations and further reduced LNA territorial control following their withdrawal from Tripoli’s suburbs on 20 May amid a series of strategic Turkish-backed GNA wins. These incidents marked the end of General Khalifa Haftar’s Operation ‘Flood of Dignity’, launched in April 2019 to take the capital Tripoli. GNA-affiliated forces now have almost full control over Libya’s north-west, including Tripoli, but the LNA control the majority of the country, including the strategic port terminal of Sirte, much of the country’s oil pipeline network across the oil crescent and the central al-Jufrah airbase.

Since June both sides have been regrouping towards Sirte. On 29 June the LNA rallied forces from Benghazi, including include Sudanese, Chadian militia and Russian mercenaries. On 18 July the GNA moved around 200 vehicles carrying fighters and equipment eastwards from Misrata to Tawargha’ town towards Sirte. This triggered Cairo on 21 July to authorise the deployment of troops ‘outside’ Egypt, following multiple promises by President Abd al-Fatah al-Sisi’s to aid the LNA against a Sirte offensive by the GNA. The move saw accusations and threats fly. French President Emmanuel Macron demanded that European Union sanctions be imposed against Turkey for violations of Greek and Cypriot waters, partially legitimatised by a November 2019 agreement with the GNA over oil and gas rights in the Mediterranean in return for Turkish backing of the GNA in Libya’s war, which has been very successful.

Nonetheless on 23 July the emergent power brokers in Libya’s war, Moscow and Ankara, agreed during a discussion on both Libya and Syria to push for a ceasefire. Ankara’s demands are uncompromising and will be hard for Haftar to meet – withdraw from Sirte and al-Jufrah base to 2015 battle lines. Sources also indicate that the UN, increasingly obsolete amid a rise of more assertive powerbrokers, suggested a demilitarised zone in Libya, although both sides are highly likely not to cede on demands that Sirte be included in their territory. Strongman Haftar is unlikely to relinquish the leverage he has over the GNA with control over Sirte port.

Once again, the situation in Libya appears intractable without another decisive battle. Although Egypt has had limited engagement in Libya’s war this time round a noticeable deployment is likely. Egypt’s military is technically bigger than Turkey’s, yet the Turkish army is far more experienced, better equipped and better trained. Direct engagement between the two is not yet expected, but tensions around Sirte will remain high. Russian – Turkish powerbroking may see a demilitarised zone eked out for Libya as in Syria – this would allow Ankara to achieve its aspirations under the November 2019 agreement and seek to assert a military base in Libya to defend these interests, with the aim of moving towards eastern Dernah. Nonetheless, Haftar’s legitimacy has been severely eroded by his withdrawal from Tripoli and thus his ability to unite eastern militias behind him grows weaker. Should a demilitarised zone be established around Sirte the polarisation that kept eastern forces united behind Haftar could fracture. Factional fighting could again erupt between militia for control of the oil crescent which could once again propagate the war and entrench foreign militaries more enduringly.