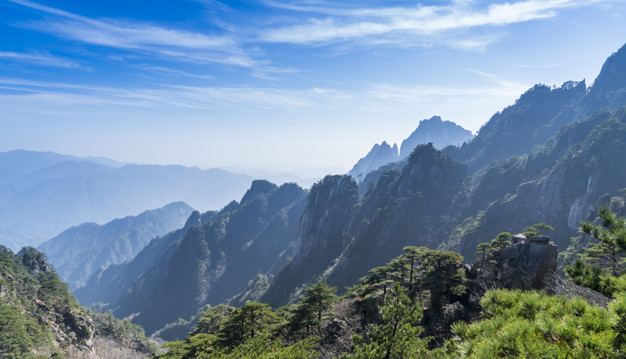 In Peru, political tensions are set to remain high as Congress is scheduled to vote on whether to impeach President Martin Vizcarra on 18 September. The opposition Accion Popular (AP), Alianza para el Progreso (APP) and Podemos Peru promoted the motion to launch the proceedings against Vizcarra on the grounds of ‘moral incapacity’ over allegations he tried to obstruct a graft probe involving government officials as tapes were leaked allegedly demonstrating ties between him and a singer who was awarded government contracts and is currently under investigation for alleged fraud. 87 votes of the 130-member opposition-led legislative body would be needed to remove Vizcarra from office. Although he is expected to survive the vote, he will remain at odds with Congress amid heightened instability risks until the April 2021 general elections. Further attempts to try to remove him from office before then cannot be ruled out.

In Japan, Yoshihide Suga was elected as the new president of the ruling Liberal Democractic Party (LDP), making him all-but-certain to become the next prime minister following the abrupt resignation of Shinzo Abe. He is expected to hold the premiership until September 2021, when another leadership race is scheduled. As widely expected, the chief cabinet secretary defeated former defense minister Shigeru Ishiba and former foreign minister Fumio Kishida after securing 377 of 534 votes, largely attributable to the support of the party’s two largest factions. As Abe’s protege, Suga is expected to carry on with the economic and monetary policies of Abe’s administration. There are speculations that Suga may call a snap election in the autumn to shore up public mandate and consolidate his political grip, although he has indicated that containing the COVID-19 outbreak would be the priority.

Kyrgyzstan’s President Sooronbai Jeenbekov asked Chinese Foreign Minister Wang Yi to consider debt relief for the country during bilateral talks in the capital Bishkek. In April Bishkek announced it was discussing the restructuring of US$1.7bln of loans from Beijing. The country currently has US$4bln in external debt. Jeenbekov’s government has been more wary of Chinese investment demands than his predecessor and talks could prove tense. Meanwhile, Belarus’s embattled President Alexander Lukashenko will meet with Russian President Vladimir Putin to discuss the situation facing Minsk as thousands continue to protest to demand Lukashenko’s resignation and fresh elections. Lukashenko has grown reliant on Moscow’s backing as Minsk cracks down on protests for which it faces condemnation and sanctions from the EU and the US. Moscow will likely use the opportunity to extort concessions from Minsk, potentially advancing aspects of the Union State project.

On 10 September, British Prime Minister Boris Johnson rejected an ultimatum from the EU to withdraw his planned Internal Market Bill. Brussels issued the demand after Britain’s Secretary for Northern Ireland, Brandon Lewis, confirmed the law would breach the UK Withdrawal Agreement finalised this January, defending the move as breaking international law only in a ‘very specific and limited manner.’ Former Conservative attorney general Geoffey Cox and every living former prime minister condemned the legislation, but Johnson’s 80-seat parliamentary majority means that it is likely to easily pass the Commons. However, the Bill could be held up in the House of Lords on the principle it violates Johnson’s own Conservative election manifesto on which it won said majority last December. Brussels will likely ignore its own ultimatum as it does not wish to be seen as responsible for a collapse of talks. Significant further volatility is likely.

Lebanese prime minister-designate Mustafa Adib should announce the formation of his new government imminently under duress from Paris who demand a two-week process from 2 September. Adib hopes to form a non-partisan technocratic government after Hassan Diab’s government resigned on 10 August following the catastrophic 4 August Beirut Port blast. On 15 September the UAE and Israel will sign an agreement towards ‘normalisation’ of diplomatic, security and commercial ties, ostensibly made partly to slow or halt annexation of Palestinian territories. Bahrain will also sign the agreement, which it could not do without at least the tacit approval of Riyadh, following Manama’s 11 September announcement. Oman and Kuwait will likely follow next. Libya’s eastern-based opposition government resigned after violent unrest in Benghazi and elsewhere. This could give Libyan National Army General Khalifa Haftar more power and significantly jeopardise a fragile ceasefire.

Mali’s opposition M5-RFP movement rejected the Committee for the Salvation of the People’s (CNSP) charter for a return to civilian rule, which outlined an 18-month transitional government headed by either a military or civilian leader. The CNSP took power following the 18-19 August military coup against President Ibrahim Boubacar Keita. The proposal followed a three-day national consultation during which the CNSP met with representatives from political parties and civil society, and comes as the CNSP faces increasing pressure to relinquish power. Although Keita’s ouster was widely welcomed by protesters who had been calling for his resignation for months, support for the junta is waning amid concerns it intends to delay a democratic transition. The junta’s failure to secure the agreement of the influential M5-RFP, which led the anti-Keita protests, could see a resurgence of popular protests.