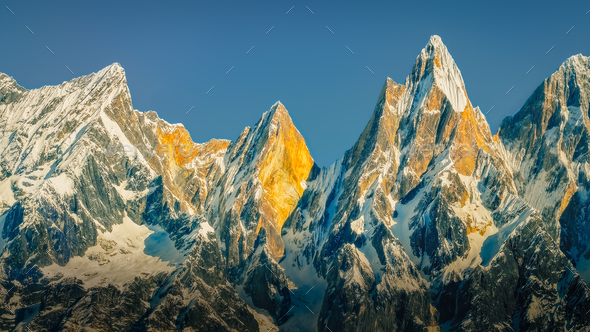 In Belize, highly contested general elections are scheduled to take place on 11 November. The ruling centre-right United Democratic Party (UDP), led by Deputy Prime Minister Patrick Faber, will face off against the opposition centrist People’s United Party (PUP) currently led by John Briceno. Voters will elect 31 legislators for the House of Representatives from over 90 candidates, largely from dominant UDP and PUP and from two smaller parties, the Belize Progressive Party (BPP) and the Belize People’s Front (BPF). Prime Minister Dean Barrow from the UDP is constitutionally required to step down after leading the UDP to a record third term in the November 2015 snap general election, in which the UDP secured 19 of the 31 seats. Although no major election-related violence has so far been reported, the risk of unrest will remain heightened over the coming days.

China re-imposed new border restrictions amid the worsening COVID-19 pandemic, adding Italy, Russia, Belgium, and India to the list of restricted countries. The announcement came after foreign nationals from the UK and Philippines were barred from entry. The latest restrictions will affect those with valid visas and residence permits, reversing a recently loosened regulation. From 6 November travellers from the US, Germany, Czech Republic, France, Australia, Singapore and Japan must have tested negative for the COVID-19 virus and antibodies within 48 hours of travelling. Meanwhile, Chinese nationals have been warned not to leave the country. Should their trip be essential, they should resort to a direct flight to reduce the risk of infection. Further restrictions on foreign nationals are expected as COVID-19 cases continue to soar worldwide.

A ceasefire agreement rumoured to have been negotiated by Moscow and Ankara, if confirmed, could have a significant effect on the ongoing conflict between Armenia and Azerbaijan. Though it promises to resolve certain territorial and access issues, fundamental questions about Nagorno-Karabakh’s status will remain. It is also unclear whether the change in dynamic following Baku’s seizure of the town of Shusha has been taken into account. Meanwhile, in the turbulence of recent political upheaval in Kyrgyzstan, Centerra Gold stock dipped 18 per cent, though it has since partially rebounded. Centerra, which owns the large Kumtor gold mine, may face increased regulation following a recent pledge from the newly-appointed head regulator. New Kyrgyz PM Sadyr Japarov has previously called for the nationalisation of Kumtor and is faced with a significant budget deficit.

Further mass anti-government rallies are expected in Poland over a controversial court ruling tightening laws on abortion. At least 100,000 gathered in Warsaw on 6 November and further rallies are expected in the coming week. Clashes were reported between far-right groups and protesters, though a significant escalation is unlikely. Meanwhile, Hungary could seek to veto an EU accord linking the bloc’s long-term budget to a mechanism requiring all member states to uphold Europe’s democracy rules. The move could threaten the delivery of the EUR750bln COVID-19 relief package. Although the UK will resume talks with EU negotiators on the former’s departure from the bloc, no-deal risks remain. If a deal is not agreed by mid-November, there will likely be no time for ratification.

MENA: Jordanians go to the polls; MENA countries divided on US policy shift

Jordanians will go to the polls on 10 November to select 130 members of parliament under newly selected premier Bisher al-Khasawneh. Turnout is expected to be low given a boycott and discontent over the government’s handling of the COVID-19 pandemic, which compounded pre-existing economic issues. King Abdullah’s pick of Khasawneh indicates that Amman will seek to repair recently frayed ties with Israel amid normalisation by other regional allies. Neither major policy shifts, nor a cessation of gas imports from Israel, are expected under the new government. Meanwhile, as the dust settles on the win for US president-elect Joe Biden, the potential for positive and negative policy shifts are taking shape. Israeli and Saudi officials are watching nervously, while Iran hopes for a US return to the nuclear deal and the alleviation of sanctions during Biden’s tenure.

Ethiopia’s central government intensified its military campaign against the Tigray People’s Liberation Front (TPLF), the ruling party of the northern Tigray region, as hundreds of soldiers were reportedly wounded. On 6 November Prime Minister Abiy Ahmed stated that the Air Force had bombed arms depots and destroyed military hardware near the regional capital Mekele in response to an alleged TPLF attack on federal military installations. Details remain elusive given a complete communications blackout in the region. Tensions increased as Abiy replaced his army Chief of General Staff, Head of Intelligence, Minister of Foreign Affairs and Federal Police Commissioner in a major security sector reshuffle. The president of Tigray region, Temesgen Tirueneh, stated his willingness to negotiate to resolve the dispute. There is a risk of extended conflict as PM Abiy will likely continue to ignore calls for mediation.