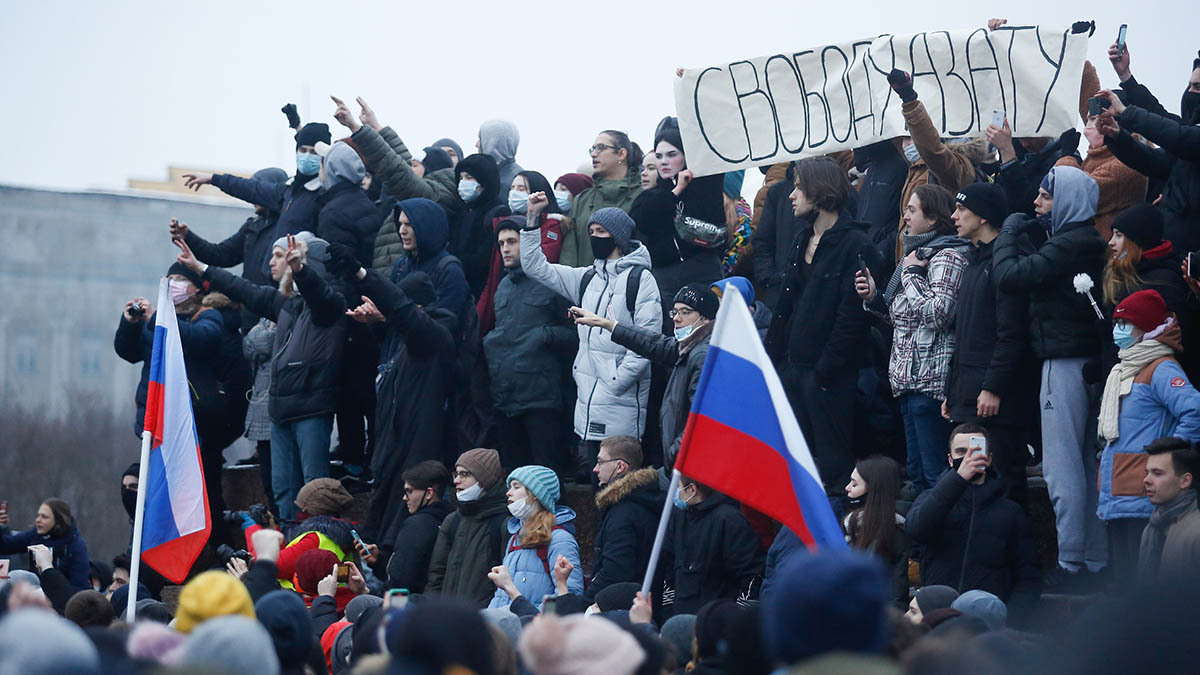 Russia: The challenge to Kremlin legitimacy

On 17 January the opposition figure Alexei Navalny returned to Russia and was promptly trailed and detained on likely politically motivated charges. On 23 January, some of the largest protests for a decade took place across at least 120 towns and cities, triggered by Navalny’s detention, amid a vacuum for angry anti-government sentiment across the country. The protests elevate Navalny from activist to opposition leader but could in turn shift the government to adopt a deeper authoritarian model of governance over its ‘soft’ authoritarianism that has thus far been based on political coercion rather than violent repression.

If the Kremlin faces a continued trend of protesters willing to clash with security forces, it is likely to adopt a greater array of methods of repression against opposition figures and activism. This will likely expose it to a deeper risk of sanctions from the US and the EU, at a time when the ruble’s value continues to perform poorly. Although unlikely to be a genuine presidential candidate in the future, Navalny’s growing prominence is increasingly nerving the government. Elections for the main legislative house (the State Duma) are due to in September, and the ruling United Russia party’s popularity is low. Significant voter manipulation and election management is expected, which will in turn lead to greater civil unrest and a high risk of violent suppression.

In August 2020, Navalny was poisoned with a nerve agent substance, in a suspected security services-managed assassination attempt; a claim the Kremlin denies. After treatment in Berlin, Navalny returned to Moscow, where he was immediately detained. Navalny’s anti-corruption foundation later released a video expose of a luxury palace on the Black Sea coast, claimed to be built for President Vladimir Putin using public funds. The video immediately trended across Russian social media networks. The state’s treatment of Navalny and the reveal of elite corruption tapped into already declining support for the regime.

The Kremlin’s popularity has suffered since the 2016 Duma election, which signalled the decline of the ‘Crimea consensus’ following the rally-around-the-flag mentality generated by the annexation of Crimea and sanctions exposure from the West. Its popularity has further fallen alongside Putin’s approval ratings during the COVID-19 pandemic. Large protests in the summer of 2019, and the ongoing civil unrest over the removal of the mayor of Kharabovsk in the far east shows that the Russian populace is more mobilised than at any time in the last two decades.

The upcoming September 2021 Duma elections present a real legitimacy crisis for the Kremlin. Navalny’s team has headed a ‘smart-voting’ campaign which aims to unseat United Russia Duma members across the country. The 2018 gubernational elections and 2020 mayoral elections saw the first upsets for United Russia as it lost several seats to marginal or pseudo-opposition candidates. The Kremlin fears it could see a repeat of this on a larger scale, and an unprecedented high level of state-managed electoral fraud and voter manipulation is expected.

This is likely to further generate civil unrest. The Kremlin is likely to adopt a policy of ignorance, whereby it depicts protesters as US-backed and corrupted. But there is a real risk of increased violence, which could delegitimise the Kremlin’s power and pose long-term stability risks if concessions are not made.