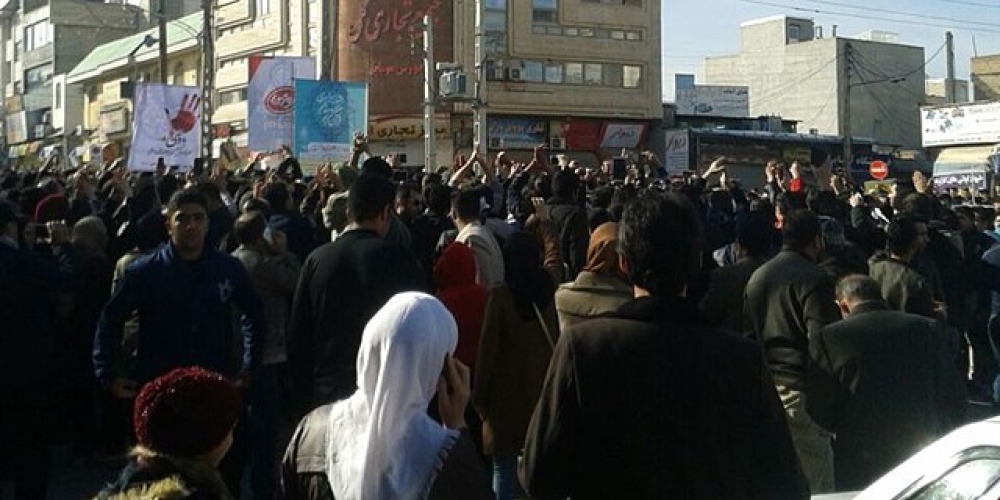 The nationwide protests, which began on 28 December in the second-largest and influential city of Mashhad in the north-east have subsided. However, the impact of the protests will continue to reverberate through Iranian society and politics for some time to come. They were the largest protests since the aftermath of the presidential elections in 2009, when allegations that then-President Ahmadinejad’s victory was fixed brought largely middle-class Iranians on to the streets over nine months demanding political reforms.

The protests themselves are not unusual. There are regular, localised protests most frequently in marginalised communities, especially in the ethnic Ahwaz regions in the south-west, demanding greater economic support. But it was their scale and breadth which took the security services by surprise – at least one reason why the security services acted with caution at first.

The interior minister claimed no more than 42,000 people protested out of the population of 80 million, although at least 3,700 people were arrested during protest in towns and cities across the country, with hundreds arrested in the capital city, Tehran, alone. An estimated 20 people were killed in the protests – notably low, reinforcing the security services’ cautious response.

In the first week of January, the government successfully mobilised supporters into large counter-protests in Tehran, and other major cities including Kermanshah and Qom. These were supported by large numbers of civil servants who joined the protests under the threat of being fired, making non-participation a costly decision.

As highlighted in analysis ahead of the May 2017 presidential elections, Iranians’ foremost concerns remain the economy and foreign policy. President Rohani twice won elections against the odds, as voters put in him their hope he would deliver his promise of delivering a stronger economy with the end of the coordinated international sanctions against the country. Rohani’s election in 2013 created a surfeit of hope which until the 2017 election remained unfulfilled. These protests show that those hopes have been completely abandoned.

The government’s latest budget was the opposite of what working class Iranians, who largely drove the protests over the last fortnight, were seeking. The combination of further domestic austerity measures and increased funding for state-backed organisations involved in Iraq and Syria was too much. Despite economic improvements, unemployment and inflation have remained high. Some estimates claim the purchasing power of Iranian households declined between 2007 and 2016 by 15 per cent. Although inflation had fallen from its high of 35 per cent in 2013, the annualised rate has remained around 10 per cent. With unemployment consistently hovering around 12 per cent, anger at impunity in domestic banking scandals, state-sanctioned corruption and austerity measures drove the protests.

There is some evidence to suggest there were a variety of currents at work in the protests, with some suggesting the Mashhad protests were originally prompted by conservative supporters seeking to undermine and embarrass President Rohani, partly in revenge for what is believed to be the early December 2017 leaking of the usually private budget by his supporters. The economic concerns which captured the majority of the protestors chants will need to be address in immediate policy-making. The underlying battle for influence will closely shape this policy-making, and the domestic political environment in 2018.