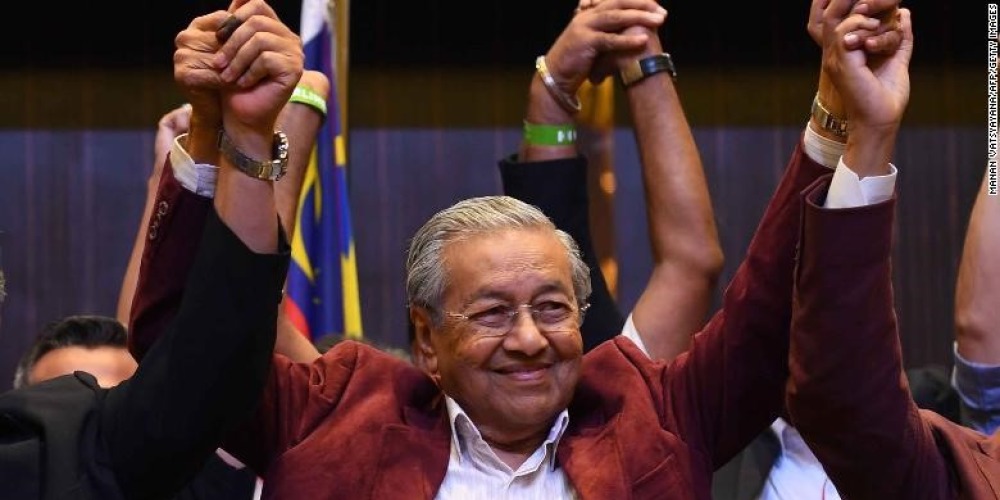 The stunning election victory of 92-year old Mahathir Mohamad and his then-opposition Pakatan Harapan (PH) coalition on 9 May marked a historic turning point for Malaysia as PH secured an outright majority in Parliament. Equally as impressive is the fact that the country’s first transition of power since independence in 1957 took place in peaceful conditions. Mahathir, who served as Malaysia’s prime minister from 1981 to 2003, is an unlikely choice to lead an opposition established in large part to challenge corruption alleged during his 22-year rule. Today he is left with the daunting task of maintaining unity among a disparate group of opposition parties.

The series of events precipitating Mahathir’s political comeback are not without their own dramatic twists and turns. Mahathir signaled his forthcoming return in 2016 by leaving the long-dominant United Malays National Organisation (UMNO), a party he helped entrench, to join forces with the opposition to compete against his former UMNO protégé, outgoing prime minister Najib Razak. The defection required a reconciliation with opposition figurehead Anwar Ibrahim, who served as Mahathir’s deputy in the late 1990s only to be imprisoned for abuse of power and sodomy charges in 1998, on Mahathir’s orders. On 16 May Mahathir fulfilled his pre-election pledge to secure a royal pardon for Anwar and release him from prison. With Anwar expected to become prime minister within two years, the move has alleviated tensions within the PH coalition.

However, it will take more than that for Mahathir to persuade critics that his victory marks a break with the past 60 years of complacency under UMNO. Much of the erosion of UMNO’s political base is attributed to allegations of corruption linked to a state investment fund known as 1Malaysia Development Berhad (1MDB). Mahathir has made investigating the US$4.5bln missing from 1MDB a key priority for his first 100 days in office. A special task force to investigate individuals linked to the scandal was formed on 21 May and police have already started searching properties owned by Najib, seizing hundreds of thousands of dollars in foreign currency, jewelry and other luxury items. Mahathir will likely move quickly to find evidence of wrongdoing on the part of Najib as this would demonstrate his new administration’s resolve to uphold the country’s institutional integrity.

Mahathir’s campaign also connected the scandal to widespread concerns about the rising cost of living and the hugely unpopular 6 per cent goods and services tax (GST) imposed in 2015. In keeping with PH’s campaign pledge, the new Ministry of Finance has come up with a plan to scrap the GST by 1 June. However, the tax cut means severing a significant source of government revenue; Najib’s government forecast GST receipts would reach US$11.05bln in 2018. Coupled with a promise to reintroduce fuel subsidies, the moves may widen Malaysia’s fiscal deficit and negatively affect its credit ratings. In spite of the risks, Mahathir is likely to keep his promise as failure to abolish the GST could result in public support for his new government crumbling.

The new administration’s first 100 days in office will likely see many of its campaign pledges implemented as they are pivotal in marking the transition towards the ‘new Malaysia’ promised by Pakatan Harapan during the campaign. Moreover, the new policies will help Mahathir in his clear-cut task of consolidating his coalition’s hold on government and maintaining unity within the new and fragmented administration.