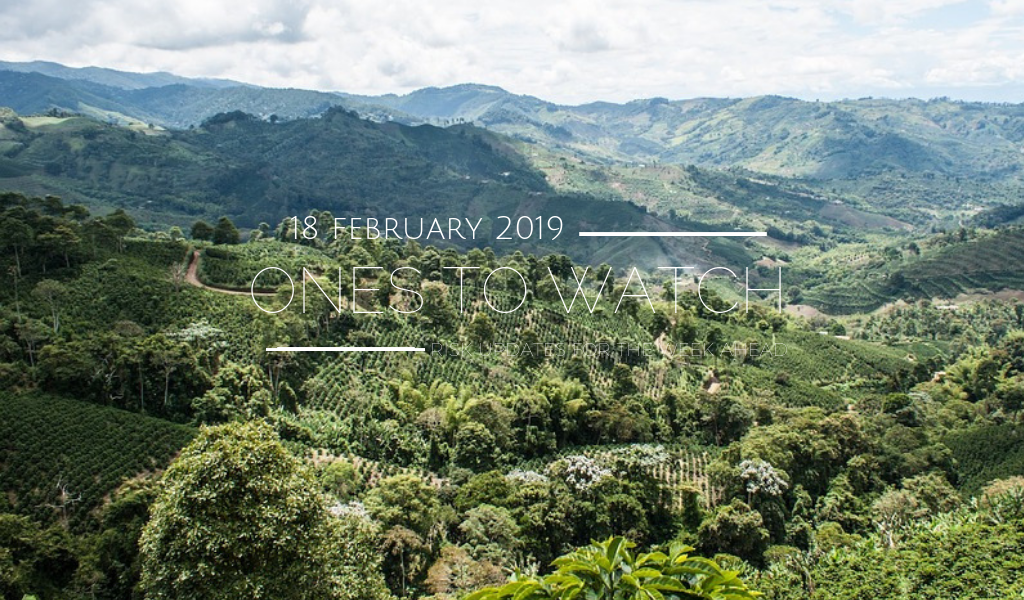 In Ecuador, negotiations with the IMF are set to continue amid pressing financing needs and anti-government protests. On 12 February the IMF confirmed formal talks had been launched with President Lenin Moreno’s government over a potential financial bailout. Ecuador is facing severe liquidity difficulties and is seeking to raise a total of US$8.6bln in 2019, with necessary financing estimated at US$9.4bln in 2020. The announcement was followed by protests in Quito, Manabi, Oro and Zamora after a national strike was announced for 13 February against the government’s economic policies, including privatisation of public companies and the potential IMF deal. In December 2018 Moreno announced a US$900m loan from China was secured amid ongoing efforts to balance the budget. Further fiscal consolidation and anti-government unrest over austerity measures are expected over the coming weeks.

Private investment conglomerate China Minsheng Investment Group (CMIG), which had embarked on an ambitious credit-fuelled expansion strategy, defaulted on a payment to bondholders due on 29 January. The company is in a severe liquidity crunch and said it has started to sell off assets to pay lenders. CMIG has an estimated RMB 233bln (US$34.4bln) of total debt and some creditors recently won a court order to freeze some of its assets. One of these assets included its share in two high-quality land parcels in Shanghai – the Dongjiadu project – which is believed to be one of CMIG’s most valuable assets. CMIG is not an isolated case in China. As the government cracks down on the shadow-banking sector that used to feed its private sector with cheap credit, many promising companies are proving fragile.

On 15 February Presidents Alexander Lukashenko of Belarus and Vladimir Putin of Russia held a press conference after a series of meetings and sporting events over the previous three days. Lukashenko toyed with the idea, floated in Russian media, that the two countries could eventually unite but said a referendum would be required and is all-but certain to avoid this at least for the coming years. On 14 February Uzbekistan made its sovereign Eurobond debut, a sale that was more than 8.5 times oversubscribed. The country’s finance minister said its major banks – likely Asaka Bank, UzPromStroyBank, and the National Bank of Uzbekistan – could follow suit, as may Uzbekneftegaz, the state energy company. Tajikistan, which sold its first Eurobond in 2017, may sell a new Eurobond as well, despite its impasse with the IMF over its arrangements with that institution.

Spanish Prime Minister Pedro Sanchez called a snap election for 28 April after he lost a vote on the 2019 federal budget. Sanchez, whose Socialist Party (PSOE) heads a minority government despite controlling less than one-quarter of the legislature’s seats at present, lost the vote after Catalan parties rebelled over his refusal to consider their independence demands. The Catalan issue will likely prove pivotal in the upcoming vote, and while Sanchez’s PSOE is leading in most polls, its most natural coalition partner, the leftist Podemos, is floundering. The far-right Vox party will likely enter parliament for the first time. The centrist Ciudadanos party may emerge as the key faction as to who leads a future government. Meanwhile British Prime Minister Theresa May is under major pressure after hardline Eurosceptic conservatives rebelled last week; the impasse could re-open the door to a second referendum.

Hostilities escalated in Yemen, in contradiction to December’s ceasefire and peace agreement. Huthi sources claimed that rebels took control of areas in Saudi territory during an offensive on the southern Saudi provinces of Asir, Jazan, and Najran, killing at least nine Saudi soldiers. Saudi authorities confirmed the number of casualties but not the incident. The attacks are the worst spate of violence since the UN-brokered peace deal was signed in December 2018. The Saudi state news agency later reported that the Saudi-backed Yemeni army killed 20 Huthi rebels in Dhali’ governorate, and that they were advancing offensives on Huthi areas east of Sana’a. The Huthi attack may see an escalation of Hadi government offensives on Huthi positions in border areas and locations such as Ta’iz, Sana’a and Hudaidah, and may also undermine the agreement for withdrawal of forces from Hudaidah, Salif and Ras Isa.

The parliamentary committee charged with drafting a constitutional amendment that would allow Sudan’s President Omar al-Bashir to stand for a third elected term unexpectedly cancelled its meeting scheduled for 17 February for unspecified ‘emergency reasons’. The move comes as protests calling for Bashir’s resignation are entering their third month. A policeman and a fruit vendor were killed in protests in Khartoum on 16 and 17 February, bringing the official death toll to 32. Non-government groups claim over 60 have been killed in the protests since 19 December. In 2018 the ruling National Congress Party decided to field Bashir as its candidate for the 2020 elections, reneging on earlier promises that he would step aside after the end of his current term. The volte-face indicates a reluctance to antagonise protesters further, adding to signs that support for Bashir among Sudan’s political class is eroding.