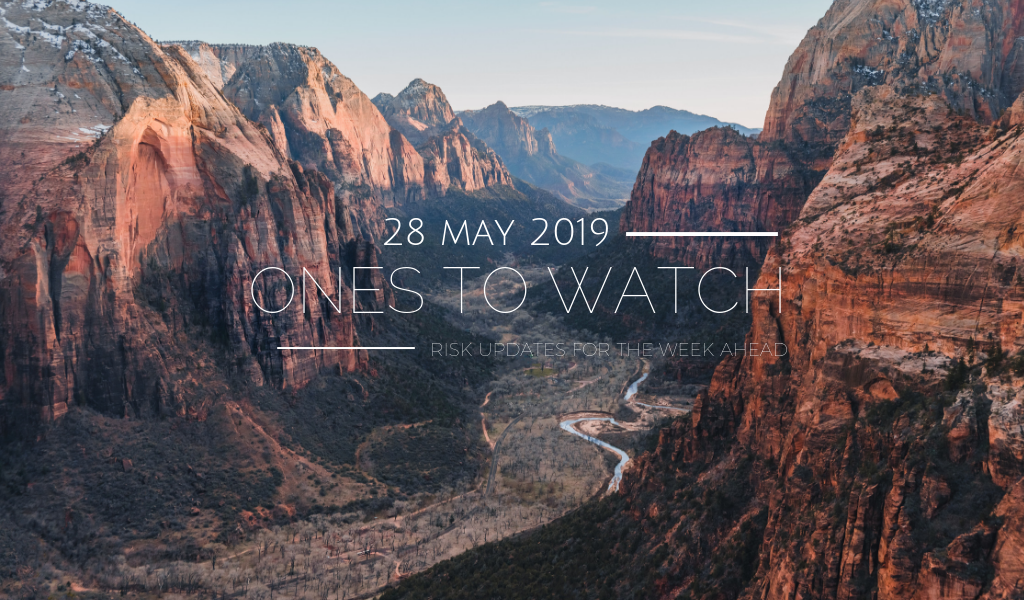 In Mexico, leftist President Andres Manuel Lopez Obrador (AMLO) is intensifying the crackdown on corruption. On 27 May the Finance Ministry stated it had frozen the bank accounts of steelmaker AHMSA and of former Pemex CEO Emilio Lozoya Austin over alleged corruption. The Ministry’s Financial Intelligence Unit stated it had identified several financial transactions which were allegedly carried out with funds that came from ‘illegal’ and corrupt activities. AHMSA, one of the country’s largest steelmakers, denied the chargers and stated the government’s move was “unprecedented” and “arbitrary”. On 20 May the government announced that Pemex’s subsidiary PMI Trading was being investigated over alleged corruption in its oil import activities, while on 22 May two unnamed Pemex senior executives under former president Enrique Pena Nieto’s government were punished for misusing public funds. Further similar measures and widening investigations should be expected.

Asia-Pacific: Pro-army PPRP to cement power in government in Thailand

In Thailand, the pro-army Palang Pracharat Party (PPRP) invited the unaligned Democrat and Bhumjaithai parties to join a new government led by junta General Prayuth Chan-o-cha on 27 May. A deal with the two parties would give the PPRP-led coalition a majority in the House of Representatives, crushing the opposition Democratic Front coalition’s efforts to avoid a junta-dominated government more than two months after long-awaited elections yielded disputed results. Both the PPRP and the opposition Pheu Thai Party have claimed a mandate to form a new government, with Pheu Thai appearing to have won most of the directly-elected constituent seats and PPRP the popular vote. Bhumjaithai said it has accepted the invitation, while the Democrat Party is to announce its decision soon. The PPRP is likely to cement power in government over the coming days.

Russia’s Association of Air Transport Operators sent a letter to Transportation Minister Yevgeniy Dietrich requesting that the Sukhoi SuperJet 100 be checked for compliance with certification requirements. 41 people died when one of the SuperJet 100’s operated by state flag carrier Aeroflot crash-landed in Moscow shortly after takeoff on 5 May. Russian regulators have so far refused to ground the plane, likely amid concerns this could further harm already sluggish sales, but SuperJet operators have quietly been switching the SuperJet 100 out for other planes. The investigation could portend a major scandal and additional cancellations of Superjet orders are expected. Meanwhile, in Kyrgyzstan, a new law came into effect on 27 May enabling the prosecution of ex-presidents. President Sooronbai Jeenbekov is expected to pursue claims against his predecessor, Almazbek Atambayev, which could trigger unrest.

The main centre-right bloc, the European People’s Party (EPP), and the main centre-left Socialists both saw their overall votes fall in the European Union (EU) parliamentary elections held from 23-26 May. The EPP will remain the largest bloc in the parliament and the Socialists the second largest. EPP leader and Commission president candidate Manfred Weber called for a coalition with the Socialists, liberal bloc ALDE and the Greens, who performed far ahead of expectations. Populist, far-left, and far-right parties performed below expectations. Any coalition will require at least the EPP, Socialists, and one other bloc. Weber is unpopular among other parties, which could open the door to another candidate becoming EU Commission president. The elections prompted a snap national vote in Greece, and Austria will also head to the polls again in September. Snap elections may follow in Romania, Italy, and Lithuania as well.

A Knesset bill to self-dissolve and find a date for new Israeli elections passed a first reading with 66 for, 44 against and 5 abstentions. There is growing discontent with Prime Minister Benjamin Netanyahu’s push to form a government of ultra-orthodox and extreme right parties, led by previous defense minister Avigdor Lieberman’s Yisrael Beiteinu party and other non-far right parties. Netanyahu’s first extension to form a government expires on 29 May and he is unlikely to announce a government before this extension expires. The move to call a snap election is an attempt to stop President Reuven Rivlin from designating a different party leader to form a government, as he can only do so after 29 May. Unless there is a last minute deal between Lieberman and Netanyahu, another round of snap elections is likely.

The diplomatic spat between Uganda and Rwanda escalated once more as the two countries traded accusations over the killing of two men on 26 May. Kampala charges that Rwandan soldiers illegally entered its territory and shot dead a Ugandan and a Rwandan national. Kigali asserts its troops were acting in self-defence. The incident follows the closure of the countries’ busiest border crossing in February-March after Uganda allegedly detained and tortured Rwandan citizens. Uganda has recently purged its security forces of individuals with links to Rwanda amid allegations of Rwandan spying and plotting to overthrow President Yoweri Museveni. Rwanda’s President Paul Kagame, in turn, has accused Museveni of supporting Rwandan rebel groups. Bilateral trade has plummeted. Although neither side has an interest in all-out armed conflict, further escalation is likely and isolated military confrontations cannot be ruled out.