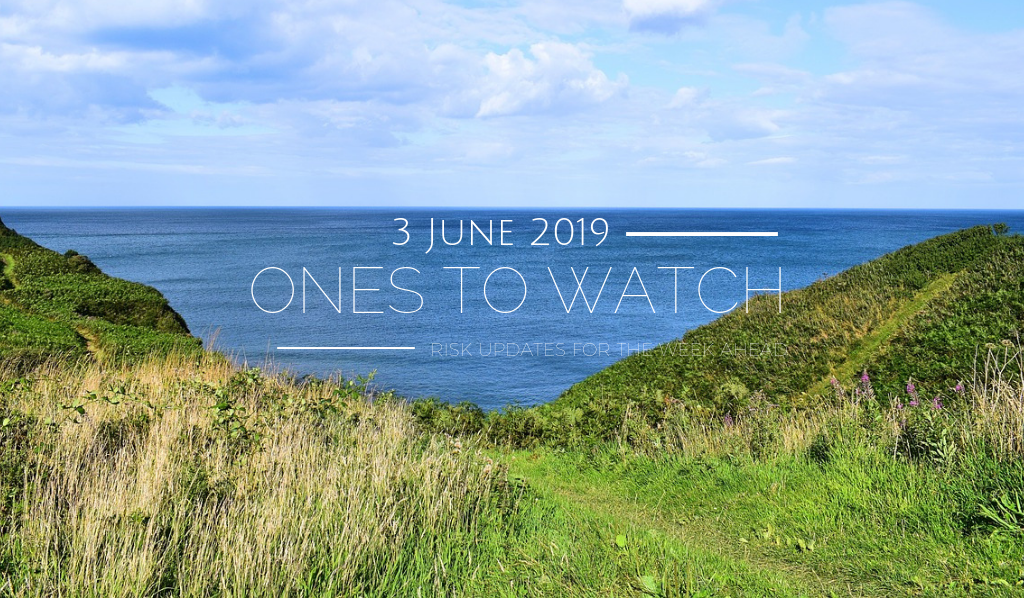 In Honduras, violent anti-government protests and associated road blocks, traffic disruption and looting incidents are expected to continue in Tegucigalpa and other main urban centres at least on 3 and 4 June. The fresh round of nationwide unrest began on 30 May as doctors and teachers led demonstrations demanding President Juan Orlando Hernandez scrap two controversial decrees that allegedly privatise education and public health services. At least 25 people were injured on that day as thousands demonstrated demanding US-backed Hernandez step down. Security forces may continue to fire tear gas to disperse crowds blocking the country’s main thoroughfares. The US Embassy entrance and at least 30 fruit containers belonging to US Dole Food Company were set on fire on 31 May and 2 June respectively. Looting was also reported. Further unrest and associated violent incidents will remain likely.

In Papua New Guinea, former finance minister James Marape was elected Prime Minister on 30 May, securing an overwhelming 101 votes to eight in Parliament. His election comes after weeks of political turmoil in Papua New Guinea, culminating with the 29 May resignation of Peter O’Neill. O’Neill stepped down amid mass defections from his governing People’s National Congress coalition. There had been widespread dissatisfaction with O’Neill’s government over the lack of consultation regarding the US$13bln Papua LNG deal with Total and ExxonMobil. Marape has repeatedly raised concerns about the project and is expected to amend laws governing how natural resources are extracted. While the Papua LNG project could face a review, the new administration is unlikely to take any major action against existing LNG contracts as this would jeopardise the gas industry, a major contributor to the PNG economy.

Kazakhstan will elect a new president for the first time in its history on 9 June, although acting president Kassym-Jomart Tokayev is certain to win. Tokayev was named to the post to succeed Nursultan Nazarbayev in March, but Nazarbayev, who is 78,  will remain the country’s dominant political figure as long as he is alive. His daughter Dariga is Senate Chairwoman, the second-most senior position in the government. Another daughter, Dinara, and her husband Timur Kulibayev are among the country’s wealthiest people. Nazarbayev has won every previous presidential election, none of which have been judged free or fair, though he is genuinely popular. Tokayev does not have his own separate power base and ultimately how the transition plays out will depend on Nazarbayev’s health and willingness to actually delegate decision-making, which so far he has shown no sign of doing.

Germany may be headed towards early elections after Andrea Nahles resigned as leader of the Social Democratic Party (SPD), long one of the country’s two largest parties but which fell to third in the 26 May EU elections. Chancellor Angela Merkel, whose Christian Democratic Union (CDU) governs in coalition with the SPD, said that the coalition would continue but if the SPD’s new leader comes from the party’s left, the coalition will likely fall apart. Meanwhile in the United Kingdom a threat to shut down Heathrow Airport on 18 June and for 10 days from 1 July from the radical environmentalist group Extinction Rebellion is leading to new considerations over the threat posed by such groups and the risk of drones. Such action could cost the British economy billions of pounds.

Protests continued in Algeria’s capital Algiers and other cities on 31 May for the 15th week to remove interim heads of state, following which on 2 June the Constitutional Council rejected the only two presidential candidacy applications received for the 4 July elections. Elections, to be boycotted by voters and political figures who refused to apply for candidacy, were then delayed indefinitely. Demonstrators and political hopefuls fear that free and fair elections are impossible with Bouteflika allies in government, most notably interim president Abdelkader Bensalah and Prime Minister Bedoui who were elected by the former president. Protests have remained peaceful but army chief Ghaid Salah has expressed frustration at protesters. It is unclear who would replace the interim government to oversee the path to elections but current satisfaction is not being addressed either in domestic or international proposals to end the impasse.

In Sudan, the Central Committee of Sudanese Doctors, an association close to protesters, reported that at least thirteen people were killed and over 100 injured in a crackdown by security forces on a long-running anti-government sit-in outside the military headquarters in central Khartoum. Mass demonstrations have continued since former president Omar al-Bashir’s removal in April, with protesters calling for a civilian-led interim government until elections are held in 2022. In May, the military council that took charge after Bashir’s ouster and protesters agreed on a three-year transitional period to civilian rule. However, talks over the composition of the transitional government have stalled and clashes between civilians and security forces erupted on several occasions in May. It is increasingly doubtful whether Sudan’s military is serious about relinquishing power.