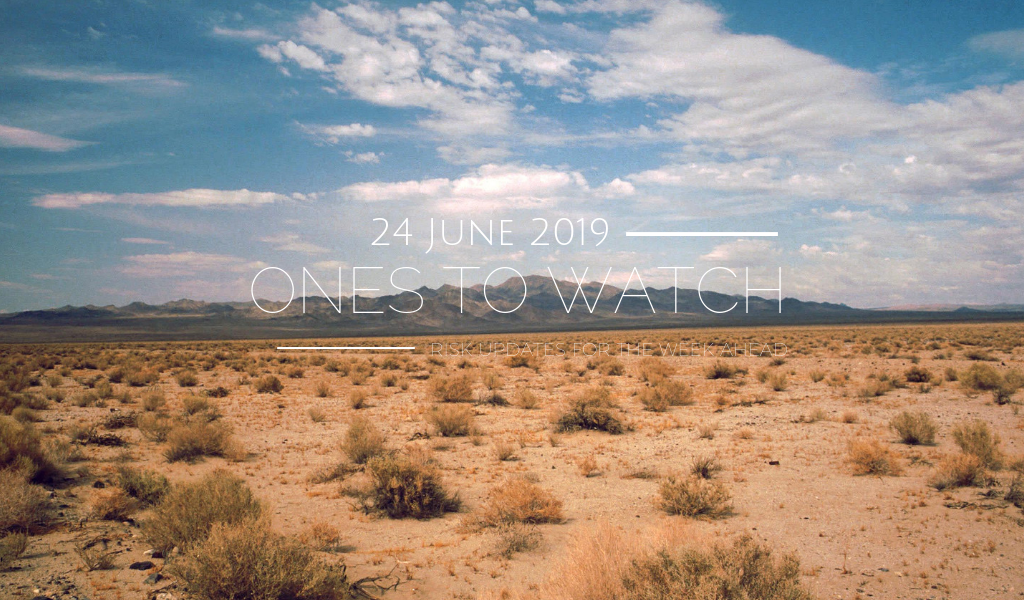 In Haiti, violent protests demanding President Jovenel Moise step down will continue to heighten political instability risks as shown by the latest wave of unrest which erupted on 9 June. Since then, at least four people have been killed in protest-related violence including a local radio reporter. Moise, who has so far refused to resign, has continued to call for calm and dialogue. Waves of violent unrest demanding his ouster have been recurrent in 2018 and so far in 2019, mostly due to socio-economic grievances and to protest the PetroCaribe corruption scandal. A Superior Court report from 31 May stated that companies linked to Moise and other government officials were linked to the disappearance of US$2bln granted under PetroCaribe – Venezuela’s led oil supply programme – which were meant to fund projects that never materialised. The risk of further violence remains.

On 21 June the US blacklisted another five of China’s tech entities citing national security concerns. The companies targeted are Sugon, Higon, Chengdu Haiguang Integrated Circuit, Chengdu Haiguang Microelectronics Technology, and the Wuxi Jiangnan Institute of Computing Technology, which is owned by the Chinese army. The companies are believed to work on supercomputing technology with alleged military applications. The move will effectively bar the entities from obtaining US technology and follows a similar ban issued to Huawei in May. With US President Donald Trump scheduled to meet Chinese President Xi Jinping at the G20 Summit, the latest restrictions risk escalating tensions. However, the US is exercising caution on other fronts; the Trump administration postponed a potentially incendiary speech by Vice President Mike Pence. The blacklisting serves to underscore to the Chinese leadership how dependent the country is on foreign technology.

Thousands protested outside Georgia’s legislature throughout 20-23 June. The protests were triggered by the fact that a Russian MP was allowed to address the legislature, and sit in Kobakhidze’s seat, on 19 June. Irakli Kobakhidze resigned on 21 June. Protesters are also demanding the calling of snap elections and resignation of Interior Minister Giorgi Gakharia. One former prime minister from the ruling Georgian Dream party, Giorgi Kvirikashvili, joined the calls for early elections. The latest protests have been smaller than the initial 20 June demonstrations but tensions remain high and further unrest cannot be ruled out. On 21 June Russian President Vladimir Putin cancelled all flights to Georgia, effective 8 July, as well in a potential sign that Moscow could seek to further destabilise its southern neighbour. However, escalation along the lines of control between Russian and Georgian forces is unlikely.

European Union leaders failed to elect a new commission president on 20 June, with the Liberal and Socialist factions saying they would not accept the centre-right European People’s Party (EPP) candidate Manfred Weber. The EPP in turn said it would not accept the Liberal or Socialist candidates, Margrethe Vestager and Frank timmermans. Further talks will proceed this week but the process could drag on for weeks. One party that will likely remain outside the talks is the Czech Republic’s ruling ANO, which has faced semi-regular protests demand Prime Minister Andrej Babis resign. However, Prague looks set for an extended political crisis with the opposition highly fragmented. Anti-government protests in Albania have continued over the last week and may escalate on 30 June if Prime Minister Edi Rama does not back down on plans to hold local elections despite President Ilir Meta’s call to delay them.

MENA: US to formally unveil plan for Middle East, Palestine after releasing details

Son-in-law and Special Advisor to US President Donald Trump will meet Middle East leaders in Bahrain on 25 and 26 July to discuss a proposal or developing the economies of Palestinian territories and Jordan, Lebanon and Egypt. The Bahrain conference was preluded by the official release of certain details which involves creating a US$50bln investment fund to boost Palestinian and neighbouring Arab state economies over the next 10 years and construction of US$5bln of transportation to connect the West Bank and Gaza Strip. 179 development projects would be funded, with 147 planned for the West Bank & Gaza, 15 for Jordan, 12 for Egypt and 5 for Lebanon. Kushner hopes the funding will come from wealthy Gulf states The proposal has drawn condemnation as it does not make mention of any of the core issues at the heart of the ‘Palestinian question’ and Palestinian groups have already boycotted the conference.

The Declaration of Freedom and Change Forces (DFCF), Sudan’s main pro-civilian rule group, agreed to the terms of a mediation proposal for the structure of a transitional government put forward by Ethiopia. The draft provides for the creation of an interim government composed of seven members of the military and the protest movement each, with one seat reserved for an impartial individual. The ruling Transitional Military Council (TMC) rejected the plan on grounds that it differed from a separate proposal from the African Union. The make-up of an interim government to oversee Sudan’s transition to civilian rule has been the key sticking point between protesters and the TMC since former president Omar al-Bashir’s ouster in April, with the country’s powerful security elite reluctant to cede more power to the civilian opposition. Negotiations broke down following a violent crackdown on protesters in Khartoum on 3 June, in which over 120 protesters were killed. Large-scale protests are likely to resume if the TMC continues to block progress.