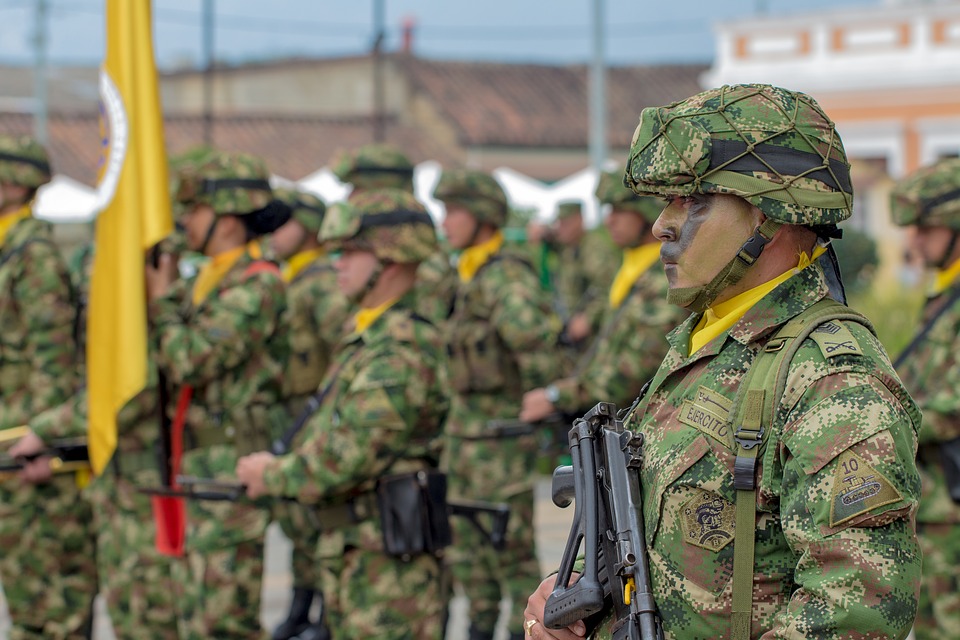 On 29 August Ivan Marquez, the former FARC guerrilla’s second in command and lead negotiator of the 2016 peace agreement, appeared on a video calling on his supporters to return to arms. Flanked by former FARC leaders including Jesus Santrich and around 20 dissident former rebels, Marquez stated they would “fight for a betrayed peace”. He also said the group – which labelled itself ‘FARC-EP’ taking the name of the demobilised guerrilla – would only act against “the oligarchy” in a defensive way, i.e., only if attacked. Confusion over the meaning of the statements were superseded by at least one certainty: a group of the around 2,300 former FARC rebels who did not abide by the 2016 agreement have decided to rearm and confront the state. The implications for Colombia’s conflict dynamics will be significant.

President Ivan Duque immediately labelled the group “narco-terrorists supported by [Venezuela’s President] Maduro”. He announced the creation of a special unit to crack down on the rearmed former rebels, which are now considered part of a criminal organisation. The response highlights the government’s strong determination to undermine the group’s intention to be recognised as a guerrilla which could potentially negotiate with the government. In doing so, Duque strengthened his commitment with the former FARC rebels who respected the deal and supported the creation of the political party that represents them, also called FARC, which rejected Marquez’s move.

The strength and support of the new group remains uncertain. Marquez claimed they would seek an alliance with the leftist ELN guerrillas and hinted at the potential unification of all the so-far disperse dissident former FARC rebels. Although Omar Gomez, an ELN leader, welcomed Marquez’s invitation, Colombia’s last remaining guerrilla group cannot be conceived as a unified group. The ELN has been subject to internal power conflicts and its fronts retain a considerable degree of autonomy. An alliance with certain ELN fronts cannot be ruled out, but it would certainly not be an alliance between two strong and vertically-organised guerrilla groups. It is also unclear up to which point Marquez would be able to become the leader of a scattered number of dissident groups which have been focusing on criminal activities and not on political revindications. The potential, nevertheless, exists.

A more pressing cause of concern is the support that the new group, as well as the ELN guerrilla, appears to have found in neighbouring Venezuela. Both Marquez and Santrich reportedly met with ELN rebels on the other side of the border. Venezuelan President Nicolas Maduro has denied the allegations and moved on to raise bilateral tensions by ordering military exercises to be conducted in the states bordering Colombia from 10 to 28 September claiming that Colombia could use the pretext of guerrilla presence to invade Venezuela. Tensions will certainly continue to increase in light Marquez’s announcement. Colombia has vowed not to enter Venezuelan territory when targeting the group, but miscalculations and false accusations may lead to localised escalation of violence.

Conflict dynamics will likely change over the coming months. Heightened security force operations including airstrikes against all dissident former FARC rebels should be expected. Retaliation as well. The strength of the latter will depend on Marquez’s success in unifying dissidents and convincing the ELN that an alliance would be beneficial. It is not a return to the old war. It is the start of a new one.