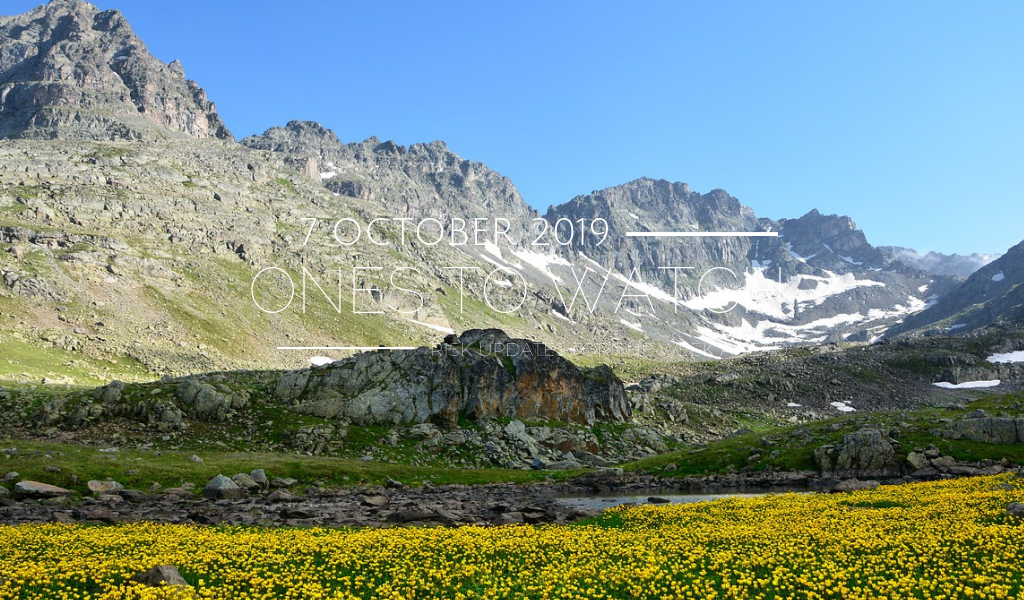 Ones to Watch, 7 October

Americas: Disruptive unrest over austerity measures to persist across Ecuador

In Ecuador, further disruptive unrest and associated violence over recently announced austerity measures are expected at least over the coming week. On 6 October indigenous groups stated they would continue to block roads across the country and refused to open a dialogue with the government at least until 9 October, when thousands are expected to reach the capital Quito. On 4 October transport unions lifted a national strike launched on 3 October after Moreno declared a 60-day state of emergency. Nevertheless, unrest and blockades led by indigenous groups persisted on 5 and 6 October, and are expected to be joined by students and other unions. Moreno might be forced to back-track on some of the measures, although he has so far remained reluctant to do so. Stability and governability risks will increase despite Moreno’s determination to remain defiant.

AKE raised the security risk rating for Hong Kong SAR from 13 to 14, ‘Elevated Risk’, as tens of thousands of protesters took to the streets for three consecutive days on 4, 5, 6 October. Anti-government unrest escalated on 4 October after Chief Executive Carrie Lam invoked emergency powers to impose a ban on wearing masks in public assemblies, effective from midnight. Radical elements went on a rampage across the city. Clashes between protesters armed with petrol bombs and police with tear gas and water cannon erupted in several locations. Mainland China-linked assets, including shops and ATMs, were severely damaged in arson attacks. MTR stations were set on fire, and the entire service was shut down. Supermarkets and shopping centres closed down. There is a high risk of further riots and acts of vandalism targeting China-linked assets across the territory.

Eurasia: Ukraine’s peace process tries to get underway amid domestic and international scandal

The honeymoon period for Ukrainian President Volodymyr Zelensky is well-and-truly over as he has become embroiled in domestic and foreign crises, which will likely shape the direction of his government and in particular the conflict in eastern Ukraine. At the start of the month, Zelensky announced he had agreed to a new peace formula with Russia for re-integrating separatist-held portions of eastern Ukraine, though separatist leaders have not agreed. It remains to be seen if the OSCE can properly organise elections. Zelensky has also been embroiled in US politics after President Donald Trump was caught attempting to pressure him to investigate his rival, Joe Biden. Finally, his national security council chief resigned criticising Zelenksy’s chief of staff, Andriy Bohdan, over alleged corruption – and as long as Bohdan remains in office, the chances of a new IMF deal are slim.

A no-confidence vote in the Romanian government is now scheduled for 10 October, which is all-but-sure to precipitate its fall given a majority of MPs have signed the measure calling the vote in Prime Minister Viorica Dancila’s Social Democratic (PSD) government. Snap elections will, however, likely only follow the 10 November presidential elections, which are likely to go to a runoff on 24 November though incumbent Klaus Iohannis is favoured. Britain and the European Union will hold crunch talks to reach a Brexit deal over the coming week, though it remains dubious UK Prime Minister Boris Johnson has a majority and a delay remains the default scenario, though there remains a very high risk of a no-deal Brexit.  The nationalist Vetevendosje party’s win in Kosovo’s 6 October elections may damage the country’s business environment and spark new tensions with Serbia.

MENA: Protests in Iraq continue but momentum may be fading; Turkey declares operation in Syria

In Iraq, a 17-point plan announced by Prime Minister Adil Abdul Mahdi to assuage protesters appears to have had little impact. Protesters clash with security forces in cities across southern cities with the worst affected being Baghdad and Nasiriyah in Dhi Qar province. It remains to be seen whether the repression with which protests have been met and resulted in the death of over 100 people and over 6,000 wounded, will dissuade further protests or whether other groups, including Islamic State (IS) or pro-Iran factions will co-opt the protests for their own gain. Meanwhile, Turkish President Recep Tayyip Erdogan announced an imminent military operation on north-east Syria de facto run by Kurdish forces which has prompted the withdrawal of US troops, paving the way for Ankara to carry out a ground and air operation. Airstrikes are expected to start imminently.

In a rare major security incident in Rwanda, 14 people were killed and 18 others injured when unidentified militants armed with machetes and rifles attacked the Kinigi and Nyange sectors of Musanze district near the border with the Democratic Republic of Congo (DRC). Security forces killed at least 19 attackers in a counter-operation. The area is popular with foreign tourists who come to see mountain gorillas in the nearby Volcanoes National Park. Large-scale fatal attacks targeting civilians are unusual in Rwanda. However, incursions by DRC-based Hutu rebels from the Democratic Forces for the Liberation of Rwanda (FDLR) and various armed opposition groups, allegedly supported by Uganda and Burundi, have recently increased. It is unclear whether there were foreign nationals among the casualties. Although it is unlikely that any tourists were killed, the attack could negatively affect Rwanda’s tourism sector