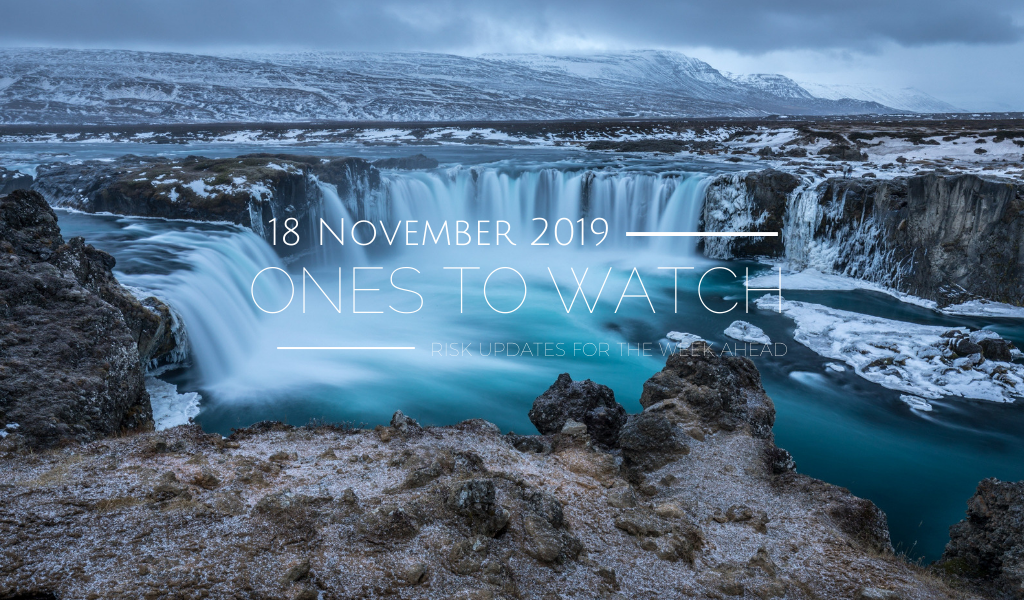 In Colombia, a national general strike scheduled for 21 November is expected to cause travel disruption and could lead to potentially violent unrest amid heightened security force presence. The strike was initially organised by the Central Unitary Workers’ (CUT) union to protest against the government’s planned pension and labour reforms. However, the mobilisation could turn into one of the largest anti-government protests in years as various social groups including students and indigenous organisations plan to join the strike to protest government corruption, violence against social leaders and other socio-economic grievances. Flight delays and cancellations remain likely throughout the day as unionised air traffic controllers will join the industrial action. Protests and associated disruption should be expected in Bogota and other major urban centres including Cartagena, Cali, Medellin and Bucaramanga. The risk of unrest-related violence will remain heightened.

On 18 November Gotabaya Rajapaksa was sworn in as president after winning 52.25 per cent of the vote in Sri Lanka’s presidential elections on 16 November. He defeated ruling United National Party (UNP) candidate Sajith Premadasa. Rajapaksa’s campaign centered on security and economic revival amid the fallout from the deadly Easter Sunday attacks, which highlighted chaos and incompetence in government. Rajapaksa, the candidate for Sinhala Buddhist nationalist party SLPP, won the election against a backdrop of heightened ethnic and religious divisions in the country. The majority Sinhala Buddhist community overwhelmingly backed Rajapaksa while minority Muslims and Tamils favoured Premadasa. Rajapaksa is known for his nationalistic and authoritarian leanings and his victory portends a further deterioration in human rights in Sri Lanka. This may be detrimental to Colombo’s relations with Western powers. Rajapaksa will seek to strengthen ties with China.

French President Emmanuel Macron announced that he will host a summit with the leaders of Ukraine, Russia, and Germany in Paris on 9 December to discuss how to de-escalate the conflict in eastern Ukraine. This will be the first such meeting in more than three years and the first under Ukrainian President Volodymyr Zelensky, who has indicated a willingness to compromise on a re-integration effort for areas of eastern Ukraine controlled by Russian-backed separatists. The summit follows a withdrawal from several key areas of Donbas by both sides and Moscow’s successful return of three naval ships it captured in the Azov Sea in 2018 back to Kiev. It appears Crimea will not be discussed. The talks could collapse at short notice. Even if a deal is reached progress will be slow.

The deal between Spain’s Socialist party (PSOE) and the far-left Podemos party to form a coalition government faces major hurdles as it will require the support of the Republican Left of Catalonia (ERC) in the lower house of Congress. 18 November saw the beginning of a trial for Catalan president Quim Torra, who is not an ERC member but has the party’s backing in the regional parliament, which could result in him being suspended from office and thus potentially precipitate new Catalan elections, which would likely impact the PSOE’s ability to secure ERC support. The first investiture vote is due by mid-December. It is difficult to see PSOE securing ERC support by then. There remains an elevated risk of another round of elections while developments in Torra’s trial and the coalition talks could prompt unrest in Catalonia.

A surprise hike to fuel prices in Iran sent protesters en masse into the streets, fast descending into anti-government unrest. Twitter indicates that security forces are using live fire against protesters and tear gas against houses. Images of Ayatollah Ali Khamenei are being set on fire and banks are being burned. As internet networks were shut down, it will be difficult to track the evolving violent escalation as protests spiral. In Lebanon four days after being nominated by three parties to become prime minister, the candidacy of Muhammad Safadi was withdrawn amid escalating public ire which prompted a renewal of protesters’ pledges to remain on the streets. Ex-prime minister Sa’ad al-Hariri has also been accused of sabotaging Safadi’s bid. Such stagnation will raise political and economic uncertainty as Lebanon looks to be on the verge of a financial collapse.

South Sudan’s President Salva Kiir and former rebel leader Riek Machar agreed to postpone the formation of a unity government for 100 days past the 12 November deadline, with progress to be assessed within the first 50 days. On 12 November the government of Sudan, the Sudan People’s Liberation Movement-In Opposition (SPLM-IO) and a raft of smaller armed and unarmed groups were expected to form a Transitional Government of National Unity. However, the opposition are yet to resolve several disputes including the integration of a unified trained army and state boundaries such as the extension of 10 states to 28. With this delay, following an earlier May extension, the formation of a unity government remains uncertain and it is unlikely outstanding disputes will be resolved within 100 days. There is a high risk that the 2018 peace deal will collapse.