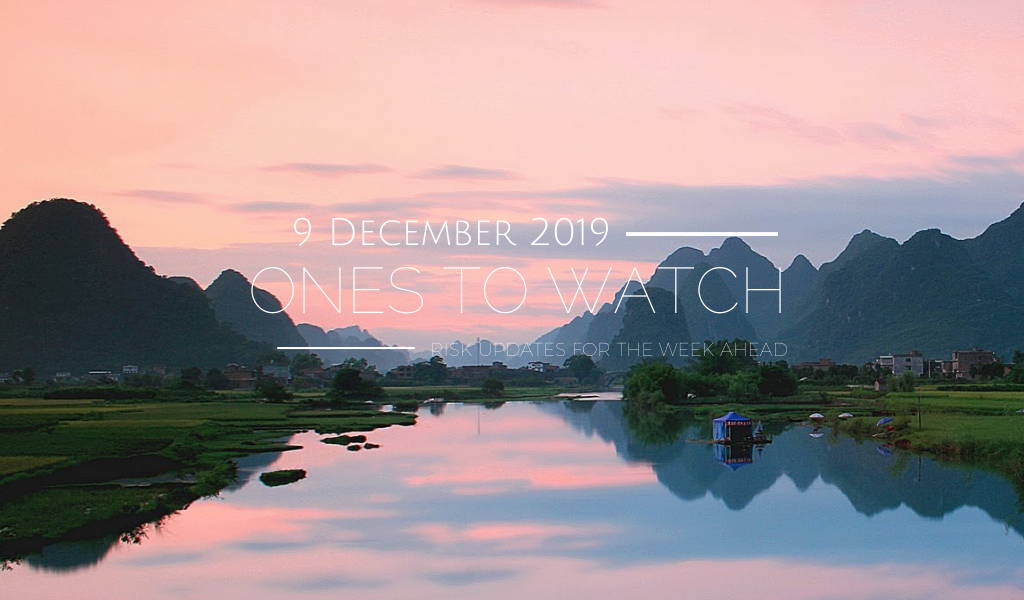 In Argentina, president-elect Alberto Fernandez will take office on 10 December for his first four-year term. A leftist Peronist, Fernandez unveiled his cabinet on 6 December, indicating that Martin Guzman, a 37-years old Columbia University debt restructuring expert with close links to economist Joseph Stiglitz, had been chosen to lead the Economy Ministry. Guzman will lead efforts to restructure over US$100bln in sovereign debt including with the IMF. Fernandez, who chose a rather moderate cabinet, also stated that economist Miguel Angel Pesce, who has criticised the central bank’s orthodox approach under outgoing centre-right President Maurcio Macri, would head the monetary authority. Significant policy shifts are expected under Fernandez, who will also have to incorporate the demands of former president Cristina Fernandez de Kirchner, who will take office as his vice-president. Power struggles within the Peronist movement should be expected.

On 9 December a Financial Times report revealed details of a Chinese Communist Party (CCP) directive issued earlier this year for China’s state offices and public institutions to remove foreign computer equipment and software within three years. The policy, nicknamed ‘policy 3-5-2’, involves substitution at a pace of 30 per cent in 2020, 50 per cent in 2021, and 20 per cent in 2022. An estimated 20-30m pieces of hardware will need replacing. It remains unclear whether a total replacement of software with domestic alternatives would be possible. The order will impact US multinational companies like HP, Dell and Microsoft and mirrors attempts by the US to limit the use of Chinese technology. The internal order underscores the strategic importance of boosting the domestic industry to ensure technological self-sufficiency in the minds of the CCP leadership.

Ukrainian President Volodymyr Zelensky and Russian President Vladimir Putin will meet in Paris for the start of a new German and French-mediated peace process. Held under the Steinmeier formula, Kiev aims to restore control of its borders in eastern Ukraine and a path on how to reintegrate Russian-backed separatist-held territory. However, the Kremlin may not be negotiating in good faith given its key interest is to ensure either a permanent avenue of influence or that Ukraine remains a failed state. A private conversation between Putin and Zelensky which could include gas talks is also likely, but little agreement is expected to be reached. Thousands have already protested in Kiev and Lviv calling for Zelensky to not make too many concessions. Any major concessions to Moscow could risk stoking mass protests.

Voters across the United Kingdom go to the polls on 12 December. Incumbent Prime Minister Boris Johnson’s Conservatives are favoured to win. However, the first-past-the-post system means that there is a strong possibility of a hung parliament if polls are even slightly off. A hung parliament would likely lead to a second referendum on Brexit. If Johnson wins, the new parliament will quickly pass his EU Withdrawal Agreement, though this risks provoking tensions in Northern Ireland. The Scottish Nationalists are likely to perform well and already advocate for a new independence referendum. Even if Johnson’s deal passes, Downing Street will face a new cliff edge at the end of 2020 when the UK’s transition arrangements are currently agreed to end. Johnson has refused to extend this but likely would given his precedent for deflecting compliance with his own deadlines.

Saudi oil giant Aramco will imminently release 1.5 per cent or around US$25.5bln of shares at US$8.53 per share after book building finished on 5 December. The largest flotation in history may cause operational issues for Saudi’s young bourse Tadawul. On 11 December at midnight, Israelis will know whether they return to the polls for the third time in 12 months, a likely outcome. Elections will be scheduled for 2 March 2020 should a last-minute coalition not be formed beforehand. Algerians will predominantly boycott 12 December’s presidential elections amid a resurgence of protests given that the five contenders are part of former president Abdulaziz Bouteflika’s old guard. Unrest in Lebanon will grow ahead of leadership consultations delayed from 9 to 16 December after Sa’ad al-Hariri again became a front runner for the premiership after contender Samir Khatib withdrew.

The IMF approved the disbursement of a US$247m tranche under Angola’s Extended Fund Facility (EFF) following a progress review, bringing total disbursements so far to US$1.073bln. A financial support programme totalling US$3.7bln – the largest in sub-Saharan Africa – was approved in December 2018 to help Angola manage twin budget and balance of payments crises following an oil-related economic downturn. The government’s compliance with programme targets has been strong. Under President Joao Lourenco, Angola has made significant progress in reducing state spending and opening up the economy to promote diversification away from oil. Public debt is expected to peak in 2019. Nonetheless, the economic outlook remains uncertain and with public debt at over 90 per cent, the risk of debt distress remains elevated