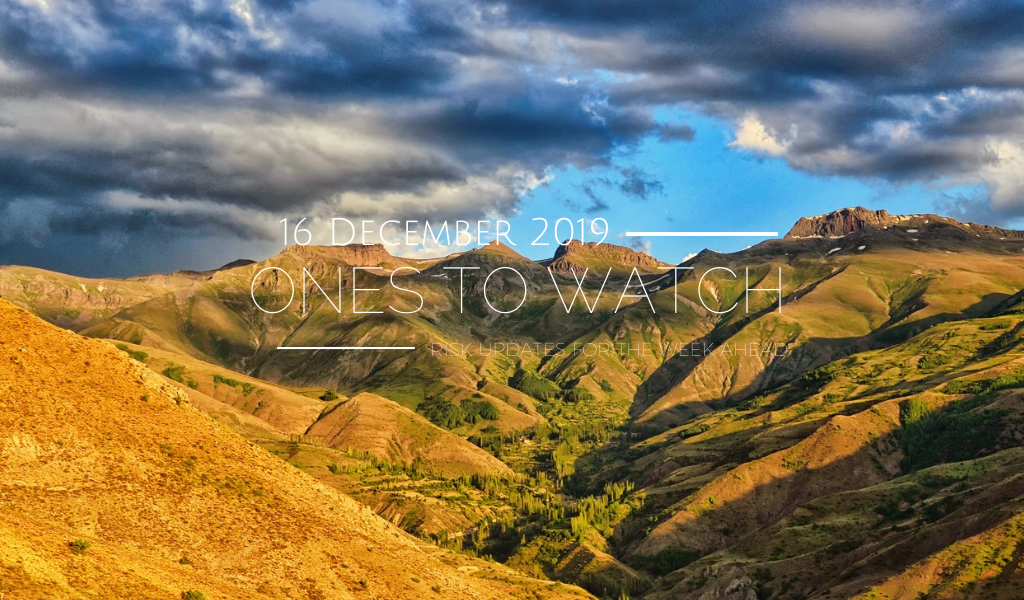 In Ecuador, the IMF’s Executive Board is expected to give its final approval on the combined second and third reviews of its US$4.2bln three-year Extended Fund Facility (EFF) on 19 December, which would unlock around US$498m. On 10 December the National Assembly (NA) approved a revised tax reform presented by President Lenin Moreno’s government, which is expected to help his administration tackle the fiscal deficit and unlock IMF support. The NA had previously rejected Moreno’s initial tax reform proposal, prompting the government to submit a reviewed one to facilitate future disbursements. Shortly after the approval, the IMF announced it had reached a staff-level agreement with Ecuadorian authorities regarding the future of the EFF deal. Despite the progress in the economic reform agenda, further challenges that could hamper its implementation should not be ruled out.

On 11 December Bougainvilleans overwhelmingly backed independence from Papua New Guinea (PNG) in a long-awaited non-binding independence referendum. With a turnout of 88 per cent of voters, 98 per cent voted for full independence rather than an enhanced version of the current autonomy arrangement. The referendum is part of a peace deal reached in 2001 to end the brutal civil war. The region is rich in copper deposits, and in the 1960s the main island of Bougainville began to attract major investment in mining. The Panguna copper mine, one of the world’s largest, was at the centre of the civil war and debates over its re-opening are a long-running political issue. Parliament in Port Moresby must ratify the result for it to come into effect, and the overwhelming turnout in support of independence will raise pressure on the government to comply.

On 13 December, Yuriy Vitrenko, the executive director of Ukraine‘s state gas firm Naftogaz, said that a ‘preliminary gas transit deal’ was struck with Russia’s Gazprom, however, three days later, walked this back though he confirmed talks are continuing. Vitrenko had hinted that Ukraine could drop some of its lawsuits against Gazprom, something Russia has demanded, in order to keep the gas flowing but this is likely to be met with significant political resistance in Kiev. Such a deal could prompt mass protests. However, keeping such gas flowing is seen by Kiev as necessary to keep its budget planning in place, though the risk of Russia again pulling out of any deal or violating its terms is very high. Failure to secure a gas deal by year end could significantly impact Ukraine’s finances and result in supply disruption downstream in eastern Europe.

Prime Minister Boris Johnson’s Conservatives won their largest majority in over three decades in the 12 December election, meaning he is not only certain to pass his Brexit deal for the UK to leave the EU on 31 January imminently, but that he will likely comfortably serve a full term. However, the bitter divides evidenced by the vote and the results in Scotland and Northern Ireland mean that both regions will push for referenda on independence and a union with the Republic of Ireland, respectively. Johnson will look to slash regulations and liberalise the British economy but unless he abandons his election pledge not to allow the transition period, currently running until the end of 2020, to be extended it will be very challenging to secure a broad trade deal with Brussels and the EU27 in time. However, his majority gives him the breadth to do so.

Clashes between the Libyan National Army (LNA) and forces loyal to the Government of National Accord (GNA) will intensify after LNA General Khalifa Haftar announced a final push to take Tripoli. Turkey pledged to deploy troops to Libya if asked by the GNA which would be a major development and possible turning point in Libya’s conflict. Another Europe-brokered peace conference is expected in early 2020 before which Haftar will look to control as much of Tripoli as possible. Protests will escalate in Algeria as the contested 12 December presidential elections are denounced, which saw ex-prime minister Abdelmajid Tebboune, the army’s favourite, win. On 19 December consultations for Lebanon’s new prime minister are scheduled, having been twice delayed due to popular rejection of prime minister Sa’ad al-Hariri’s candidacy. Iraq’s protests may devolve further if a caretaker prime minister is named this week.

The government of South Sudan announced it would allocate US$40m to speed up the integration of its soldiers and rival SPLM-IO fighters into a unified national army, a day before negotiations on the formation of a unity government resumed on 14 December. President Salva Kiir and his former deputy Riek Machar, leader of the opposition SPLM-IO, had postponed the deadline to do so for a second time after failing to agree on security arrangements and on the number and delimitation of states.  Whilst some progress has been made on the former, a compromise on the issue of states remains elusive. The new deadline to form a government is set for February. With no compromise in sight and UN reports suggesting Kiir is recruiting new fighters, the risk of a collapse of the peace process remains high.