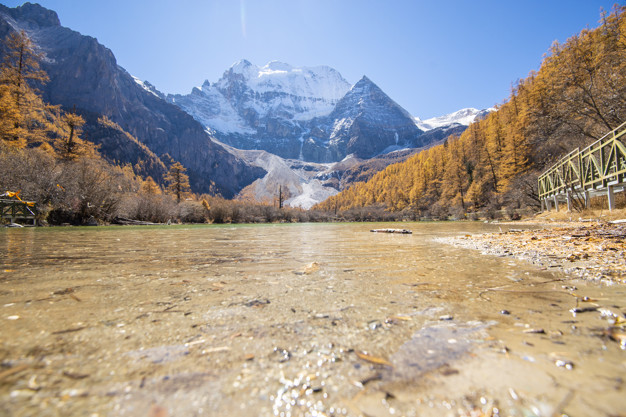 In Ecuador and Peru, presidential elections are scheduled to take place on 11 April even as several countries in the region – including Ecuador – recently moved to tighten COVID-19-related restrictions amid a fresh and escalating wave of infections. While Ecuador’s presidential runoff and Peru’s first round are set to occur, Chile postponed the election of a Constituent Assembly as well as municipal elections scheduled for 10-11 April to 16-17 May due to COVID-19. At least Chile, Colombia, Ecuador, Bolivia and Venezuela reintroduced measures including movement restrictions, border closures and curfews, while other countries such as Argentina are expected to do so over the coming days. Policy agendas and electoral calendars risk being further affected by the pandemic, likely stoking political and social tensions across the region which will continue to face heightened economic and political risks throughout 2021.

In Papua New Guinea, on 5 April Prime Minister James Marape reportedly reached an agreement with Barrick Gold to reopen the Porgera gold mine following disputes over license renewal. Negotiations broke down amid alleged environmental and social concerns, although increasing resource nationalism under Marape is to blame for the impasse. Under the new agreement, greater royalties will be paid to landowners in Enga and the provincial government. Since the agreement has not been signed, further delays cannot be ruled out. Elsewhere in the region, Malaysia’s Prime Minister Muhyiddin Yassin announced a 14 per cent increase in cost for the China-back East Coast Rail Link (ECRL) and an expansion of the railway to 665 km from the previous 640 km. Services are expected to commence in 2027, although further delays remain a possibility as the project faces corruption allegations and disagreement over the newly proposed realignment.

Eurasia: Kyrgyzstan to vote on constitutional reform; Armenian and Russian leaders to meet

In Kyrgyzstan, on 11 April voters will decide both on local council representatives and whether to accept a reformed constitution. A mix of new and established names are in competition for local seats, though turnout is expected to be limited, posts have limited power and any results are unlikely to affect high-level political developments. The more significant aspect is the rapidly-written constitutional reforms, which are likely to consolidate judicial and executive powers in the president’s office. With little precedent for a referendum proposal not passing, President Sadyr Japarov is set to enjoy extensive power as he settles into his term. Meanwhile, Armenia’s Prime Minister Nikol Pashinyan will meet Russia’s President Vladimir Putin in Moscow on 7 April. Pashinyan will likely look to shore up Russian support ahead of June snap elections, having announced further weapons purchases on 6 April.

Europe: Protracted government formation and instability likely in Bulgaria and the Netherlands

In Bulgaria, Prime Minister Boyko Borisov’s centre-right GERB party, which leads the current government coalition, is unlikely to secure a majority after winning parliamentary elections. Opposition parties also increased their vote share. Despite the win, two-time PM Borisov has long faced calls to resign over alleged corruption. Large protests in Sofia are anticipated, as is a protracted government formation process. Meanwhile, in the Netherlands, the ChristenUnie party ruled out supporting Prime Minister Mark Rutte for a fourth term. Despite his VVD party emerging top in the February parliamentary elections, Rutte has faced political backlash after his government was engulfed in a child benefits scandal in January. On 2 April the opposition symbolically voted to remove Rutte from office, although his party has refused to replace him as party leader. There are risks of a protracted government formation process and short-term political instability.

On 6 April Iran, China, France, Russia, the UK and Germany will meet in Vienna to discuss a return to the 2015 nuclear deal (JCPOA). Indirect negotiations will also occur between a US delegation and Iranian counterparts to focus on the ‘nuclear steps’ that Iran needs to take to restore compliance with JCPOA. However, Tehran has previously rejected rolling back its recent nuclear progress before a unilateral lifting of US sanctions. Negotiations are expected to be fractious. Meanwhile, in Jordan, the arrest of Prince Hamzah, former crown prince and half-brother of King Abdullah II, over allegations of an attempted coup leads to further uncertainty surrounding the stability of the country’s elite. Prince Hamzah’s popularity may exacerbate the possibility of civil unrest as the economy continues to decline. Repression of opposition figures and protesters remains highly likely.

In Sudan, a state of emergency was declared on 3 April after at least 40 people were killed and 58 others were wounded during inter-communal clashes in El Geneina, West Darfur state, on 3-5 April. The violence erupted after two people of the Masalit community were killed, provoking retaliatory attacks by the Masalit tribe and the Arabi Rizeigat nomads. Inter-communal clashes have increased in Darfur since UN-AU forces withdrew from the region in December 2020 following a UN Security Council vote to end the 13-year peacekeeping mission. The decision aims to return responsibility over Darfur’s security to Sudan’s transitional government, which continues to grapple with multiple rebel groups active in the region. However, the potentially premature withdrawal has raised concerns of a security vacuum in the area, where deadly attacks and clashes are expected to continue.