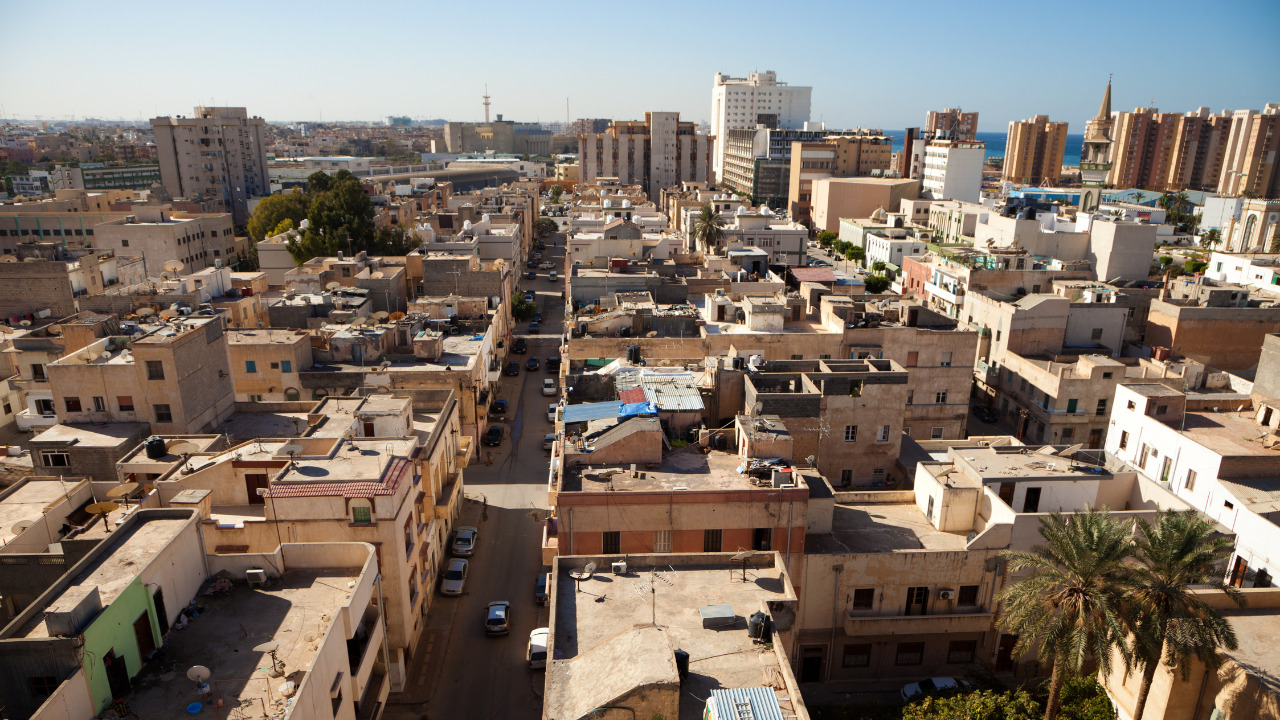 The violence began when the pro-Bashagha 95th Battalion of Brigade 777, led by Haitham al-Tajuri, opened fire on a convoy of Emad al-Tarabelsi’s GNU-affiliated General Security Apparatus (GSA) as it traversed al-Zawiyah street in central Tripoli. The skirmish quickly escalated, with Al-Tarabelsi’s forces joined by those of warlord Abdulghani (‘Ghaniwa’) al-Kikli’s Stability Support Apparatus (SSA) stationed in Abu Salim. Together, al-Tarabelsi and al-Kikli’s forces pushed into al-Tajuri’s zone of influence in downtown Tripoli.

As clashes accelerated, as many as a dozen armed groups joined the fighting. This included Mustafa Qaddur’s al-Nawasi Brigade and Osama al-Juwaili’s Zintan Forces, which came out in support of Bashagha. Additional pro-Bashagha militias from Misrata and Zawiya also deployed, but failed to enter the capital due to key roads having been blocked by GNU loyalists. In support of al-Dbeibah, GSA and SSA were joined by the Special Deterrence Forces (SDF) led by Abdul Rauf Kara, among others. Moreover, Turkey, which maintains a military presence in the country, reportedly deployed drones to bolster al-Dbeibah’s defences.

By 28 August the capital’s security dynamics had shifted significantly. Al-Dbeibah’s forces emerged triumphant, having forced Bashagha’s militias out of central Tripoli. SSA successfully dislodged al-Tajuri’s fighters from their headquarters’ in downtown Tripoli, while SDF seized all al-Nawasi Brigade sites. Only al-Juwaili’s forces maintained a foothold in the south, though they reportedly later withdrew. By 3 September the last pro-Bashagha group in the capital – Ayoub Abu Ras’s Presidential Guard – withdrew from ‘Ain Zara district. With this, Bashaga’s forces lost all remaining areas of influence in the capital.

The clashes came six months after Bashagha was appointed as rival prime minister by the Tobruk-based House of Representatives (HoR) in March. This came after the country failed to hold elections as scheduled in December 2021, after which the HoR declared al-Dbeibah’s premiership illegitimate. Al-Dbeibah assumed office in an interim capacity as part of the UN-brokered agreement which established the GNU in March 2021. His tenure was set to end following the December polls.

The stand-off between al-Dbeibah’s GNU and Bashagha’s GNS escalated on 17 May when Bashagha first attempted – unsuccessfully – to enter the capital. Then, as now, this provoked violent clashes which Bashagha had hoped would oust al-Dbeibah. In both cases, Bashagha and his allies proved unable to unseat al-Dbeibah. However, unlike now, May’s clashes did not fundamentally alter the reality on the ground in Tripoli. Indeed, the main pro-Bashagha militias retained their strongholds following Bashagha’s initial siege. With his most recent failure, Bashagha has lost his last foothold in the capital.

With their victory over pro-Bashagha forces, pro-GNU forces now have a firm grip over the capital. They will continue to consolidate their power in Tripoli. Bashaga’s position has been significantly weakened, while Al-Dbeibah’s victory has strengthened his hand. However, Bashagha is unlikely to concede and an emboldened al-Dbeibah is unlikely to compromise on a political settlement, likely setting the stage for further clashes in the future.